A young mother is to appear in court after allegedly driving her Audi into a crowd of people following what police say was a wild brawl over a KFC parking lot.

Footage uploaded to social media shows a white car colliding with two people and a Ford Explorer in a parking lot on Hoxton Park Road in Liverpool, south-west Sydney, on Saturday.

Police allege that the Audi was driven by Gazwa Elniz, 26, and that she “kicked and spat” a cop while she was being arrested. 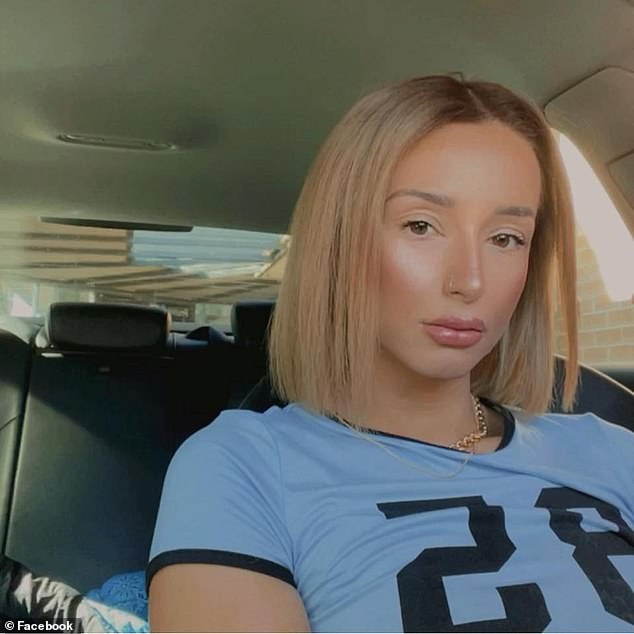 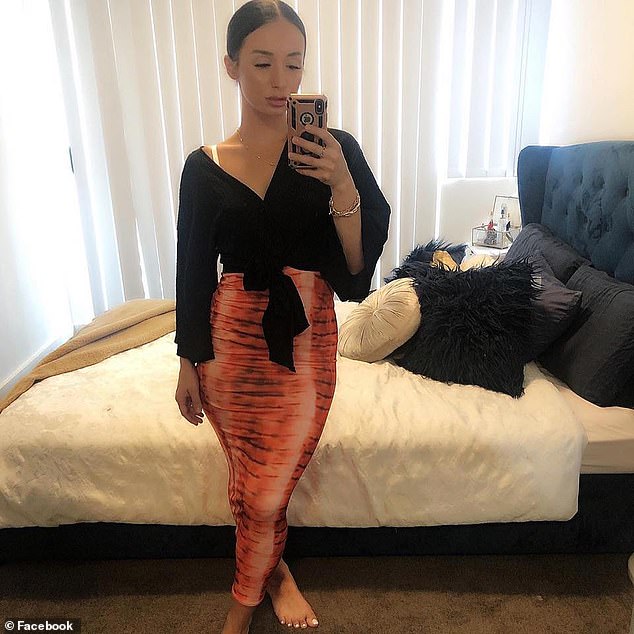 A 30-year-old woman who allegedly hit the exterior of the Audi was also charged with the incident.

The video shows three people trying to block the path of the Audi trying to pull away.

Footage shows the car hitting a man who was catapulted over the hood of the car.

Another woman is also thrown to the ground when the front of the Audi collides with the back of their Ford Explorer.

The man was later taken to Liverpool hospital with minor injuries. 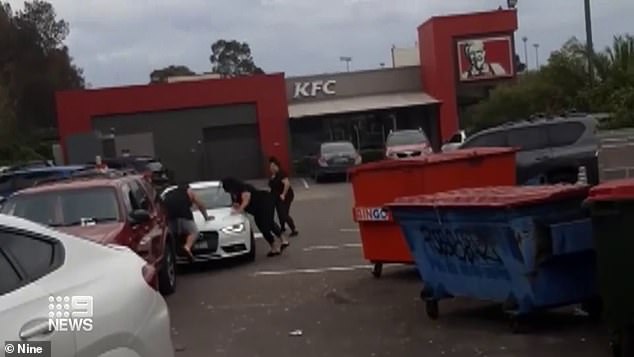 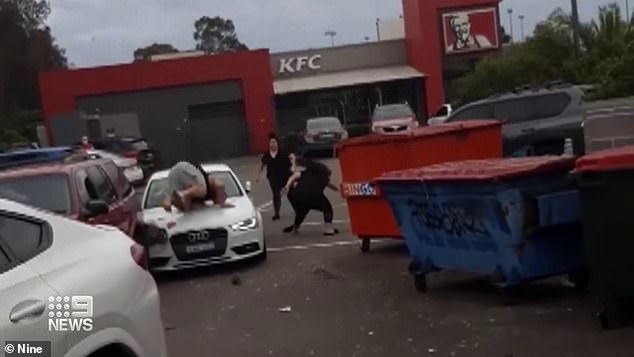 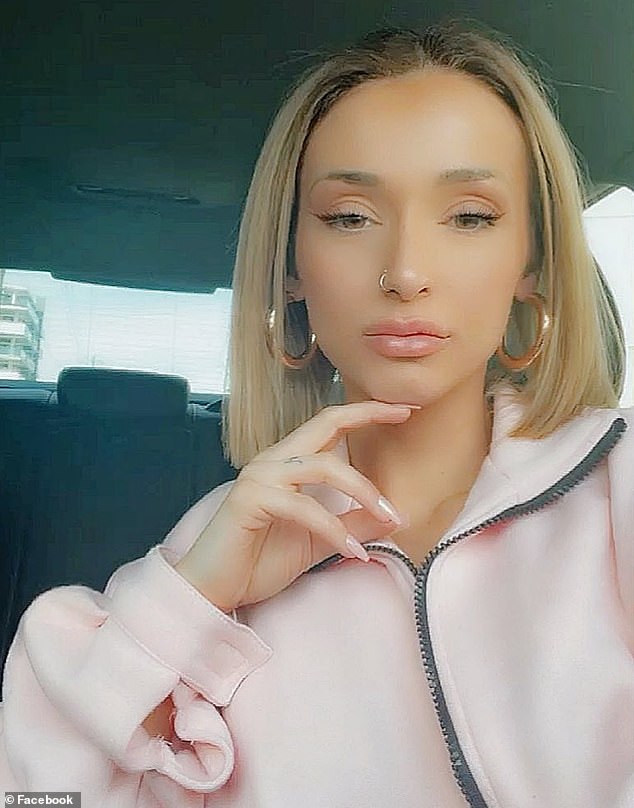 ‘We thought he was gone’

Ms Elniz spent the night behind bars but was later given strict conditional bail when she appeared in Parramatta court.

She now faces five charges, including driving with an invalid license and assaulting a police officer.

The 30-year-old, who was charged with affray and property-related offenses, was released on bail and will appear in Liverpool court on Thursday.