A family mourns after a young mother who gave birth just three weeks ago is killed in a horrific car accident, leaving her grandmother to care for the newborn.

Darrylleen Koolmatrie, 23, died this Wednesday when the golden Hyundai Accent, driven by her partner, crashed into a pole on Welshpool Road East, Lesmurdie, in Perth.

Joyleen Koolmatrie, Mrs. Koolmatrie’s grieving grandmother, is shocked by her death and remembers the moment she received the news.

The victim’s grandmother, who now has to care for her three-week-old great-grandson alone, said one of her last conversations with Ms. Koolmatrie was about the birth of her first child. 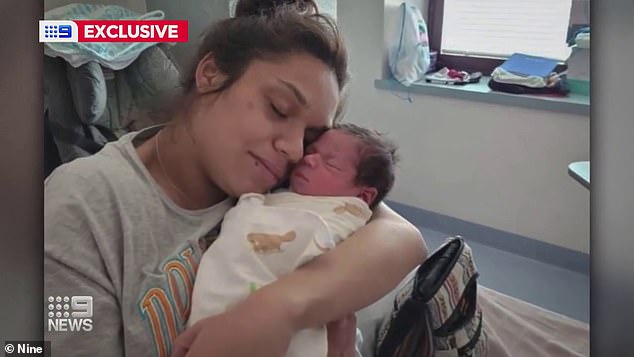 Darrylleen Koolmatrie, 23, died after the car her partner was driving crashed into a pole in Perth on Wednesday. 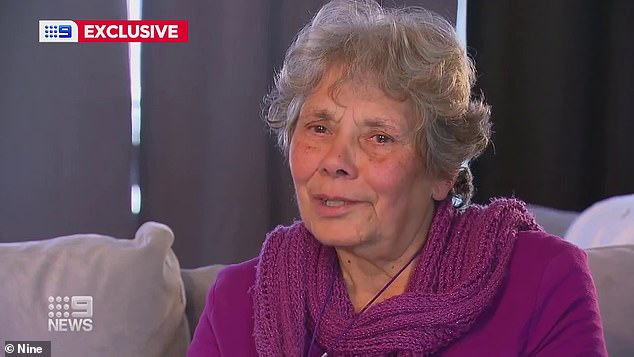 The victim’s uncle publicly thanked those who ran to the horrific scene to save Mrs. Koolmatrie’s life.

Mark Koolmatrie said, “Our love goes out, one of gratitude and thank you, for anything and everything you’ve done to try and save our little girl.”

Friends also paid tribute to the young mother, sharing how much they loved seeing Mrs. Koolmatrie with her son.

A friend said, ‘Your baby boy will always be loved. How lucky we are to have a little piece of you left.’ 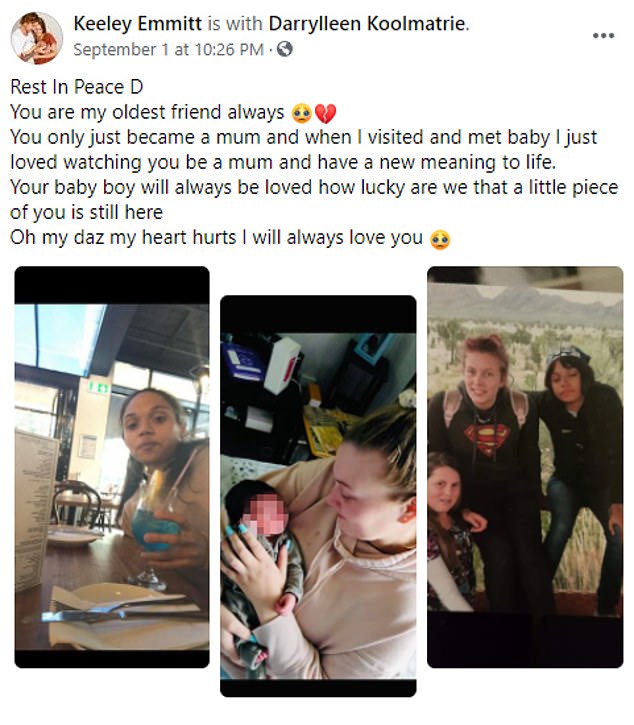 Mrs Koolmatrie’s grandmother said she feels reassured now that Darrylleen has been reunited with her mother, whom she tragically lost when she was three years old.

“I’m sure she’s with her mother, and that gives me peace of mind.”

The 30-year-old partner of Mrs. Koolmatrie was taken to St John of God Hospital to treat minor injuries and has since been released.

He has now been charged with dangerous driving resulting in death and will appear before the Midland Magistrates Court on October 8. 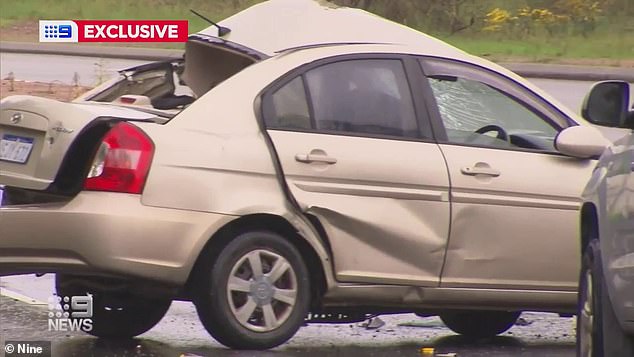 The 30-year-old partner of Mrs Koolmatrie has been charged with dangerous driving behavior resulting in death and must appear in court on October 8.