A Midwestern woman says her local hospital tried to give her the wrong baby after two different births — so by the time she welcomed the third, she refused to leave his side.

Becky Martin is now a mother of eight children, both biological and adopted, but mistakes at the hospital could have made her family very different if she hadn’t paid attention.

“I actually had my babies changed at the hospital. Not once, but twice,” she said in a viral TikTok video. “It was immediately noticed and corrected, but still.” 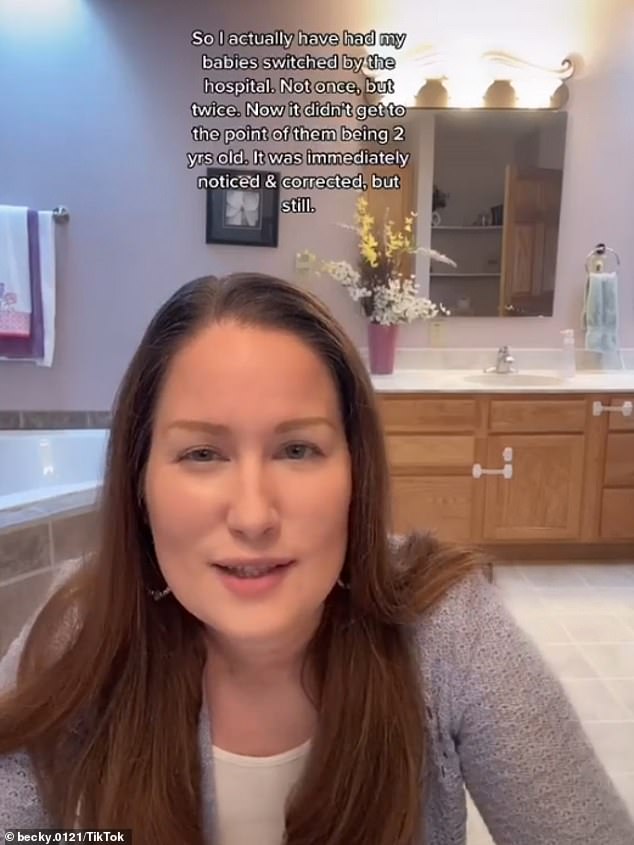 Ooh! Midwestern woman says her local hospital tried to give her the wrong baby after two different births

Yaks! Becky Martin said babies that weren’t hers were offered to her after her first son and first daughter were born 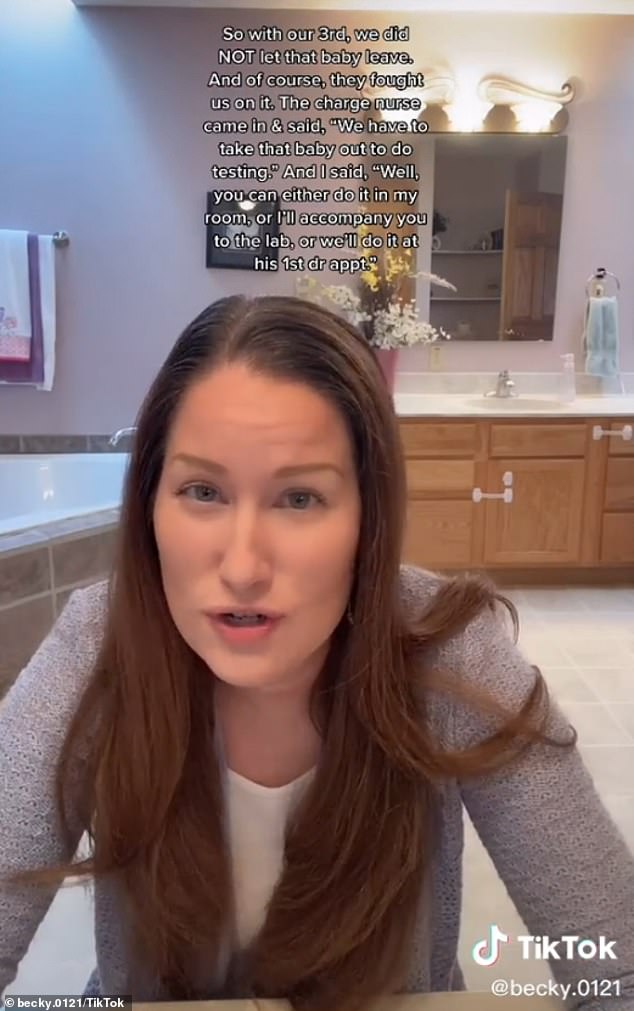 “So we didn’t let that baby go with our third,” she said

When Becky gave birth to her first child, a boy named Blake, as a freshman in 1999, she said the hospital was trying to give her the wrong baby boy.

“With my first, they brought in a little boy and they said, ‘We fed your baby for you,’ and I said, ‘I’m breastfeeding!’ And they said, “Oh, sorry, wrong baby!”‘ she said.

Shockingly, something similar happened about eight years later when she welcomed a daughter named Ava.

“On my second, they brought in a girl and they said, ‘Here’s your daughter.’ And we said, “She’s already in the room with us!” she said.

After two such accidents, Becky and her husband Obie didn’t want to take any chances when they welcomed Parker four years later.

“So with our third, we didn’t let that baby go,” she said. 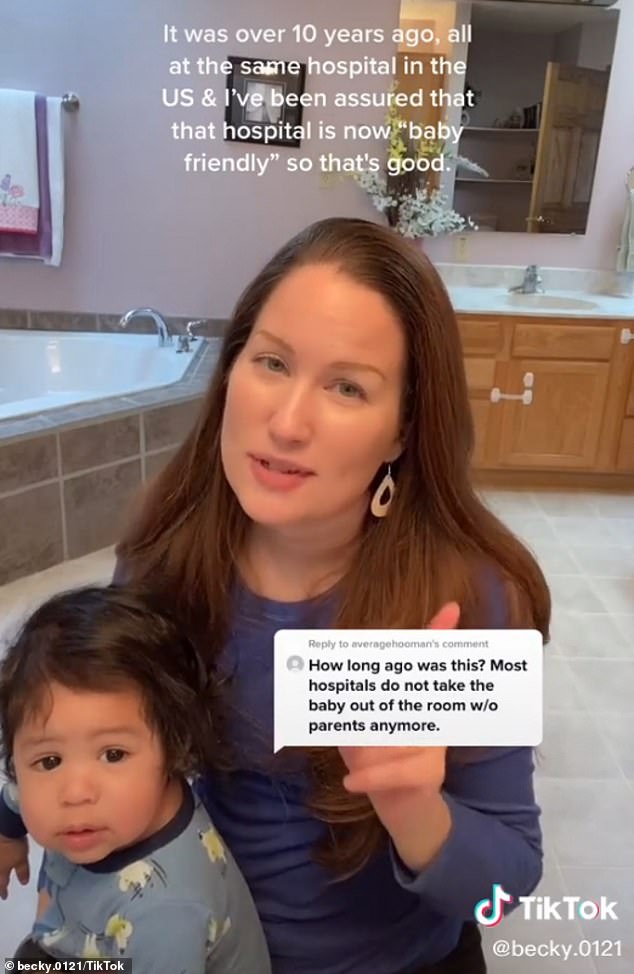 Stay put: Hospital staff seemed to think Becky was being unreasonable, and she said several people tried to convince her to get Parker out of the room 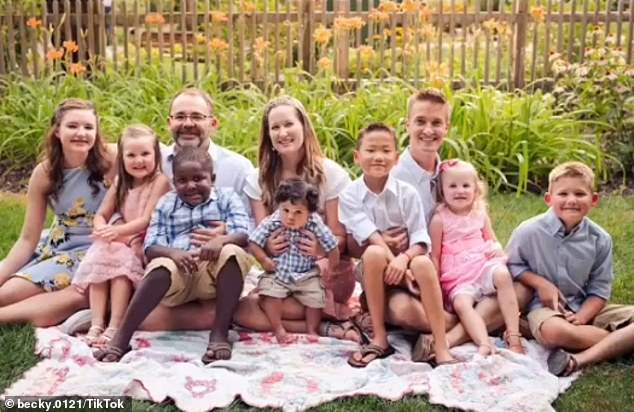 Becky Martin is now a mother of eight children, both biological and adopted

Hospital staff seemed to think Becky was being unreasonable, and she said several people tried to convince her to get Parker out of the room.

‘Of course they confronted us about it. The nurse on duty came in and said, “We need to take that baby out for testing,” she recalls.

“And I said, ‘Well, you can do it in my room, or I’ll go with you to the lab, or we’ll do it at his first doctor’s appointment,'” she continued.

“So she chatted to the OBGYN, who came in and laughed at me and said, ‘That’s right, Becky, we’re all trying to steal your baby.’ And I thought, “Hey! Once is an accident. Twice is a pattern!” she said.

“So if you ever wonder what drives a woman to become a homebirth advocate, that’s one of many reasons,” she concluded.

In a follow-up video, Becky clarified that this had all happened in the same US hospital — but based on comments she read, she found that her experience “was not an anomaly,” despite the safety precautions in place. 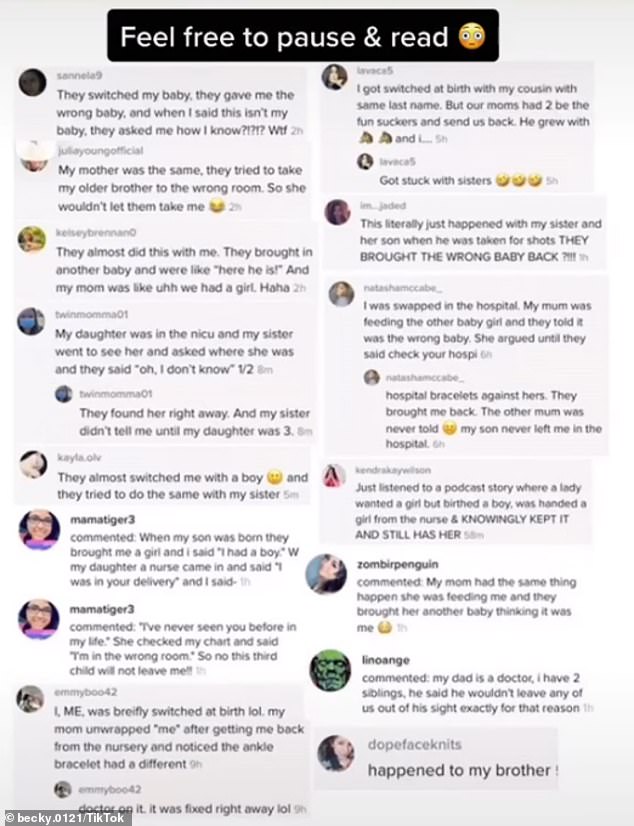 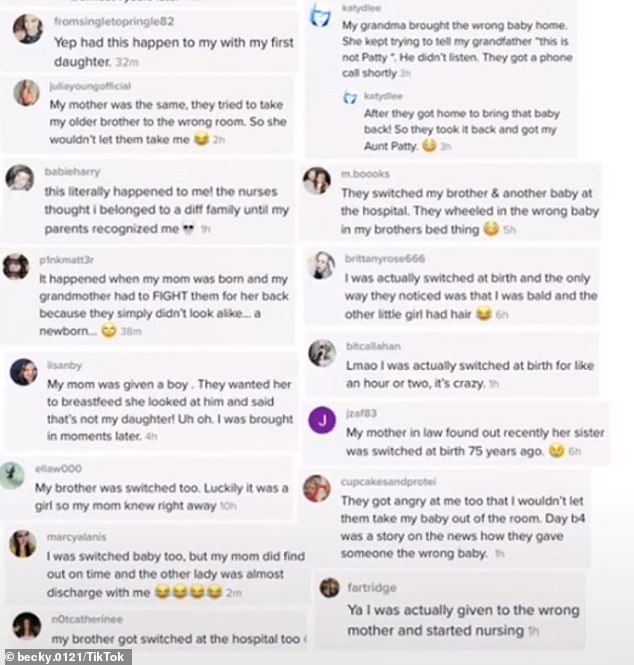 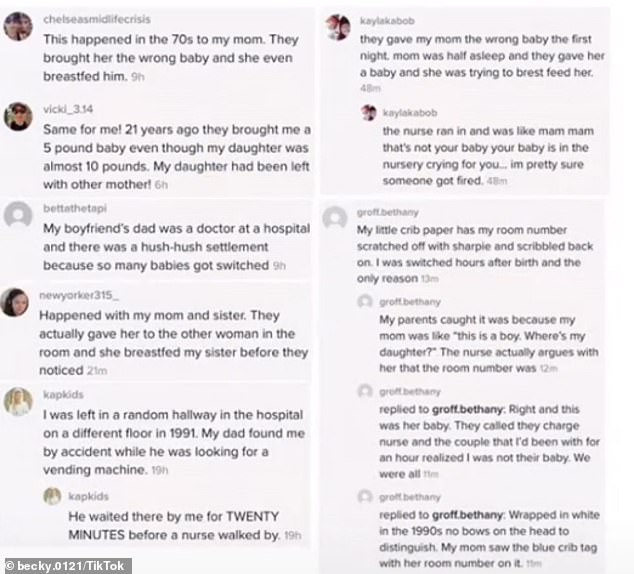 Other Stories: Becky said that based on comments she read, she found that her experience “wasn’t an anomaly,” despite safety precautions in place

One commenter wrote: ‘They switched my baby, they gave me the wrong baby, and when I said this isn’t my baby, they asked me how do I know!?!?

“This literally just happened to my sister and her son, when he was taken for the pictures, THEY BROUGHT BACK THE WRONG BABY,” wrote another.

“My grandma brought the wrong baby home,” wrote another. “She kept trying to tell my grandfather, ‘This isn’t Patty.’ He didn’t listen. Shortly after they got home, they got a call to bring that baby back!’

Becky said the experience was a lesson to her.

“Unfortunately, it was one of many experiences that made me realize that I had to stand up for myself,” she continued. “Ultimately, I hope we all have respectful caregivers who believe in true informed consent and empowered birth, whether that be at home, a hospital or a birth center,” she said.