Veteran Connecticut state trooper, 50, was killed when his cruiser was washed away by floodwaters

An experienced Connecticut state police sergeant was found dead Thursday after his cruiser was washed away by floodwaters from the remains of Hurricane Ida.

Sergeant Brian Mohl, 50, was working a night shift in the town of Woodbury when the storm brought torrential rain across the northeast, leading to flash flooding.

At 3:30 a.m., Mohl called for help and said his cruiser was swept near Jack’s Bridge, over the Weekepeemee River, State Police Colonel Stavros Mellekas said.

Troop L got a distress call from the sergeant that his vehicle was in fast water and that he was in distress. That was the last they heard from him.’ Mellekas said this at a press conference on Thursday afternoon.

Rescue teams rushed to help, but could not locate the cruiser or Mohl.

Troopers tried to contact him and even ping the sergeant’s cell phone to find out his location, but were unable to find him.

“We immediately sent all the resources out with the fire brigade, diving teams – anything you can think of,” Mellekas said. 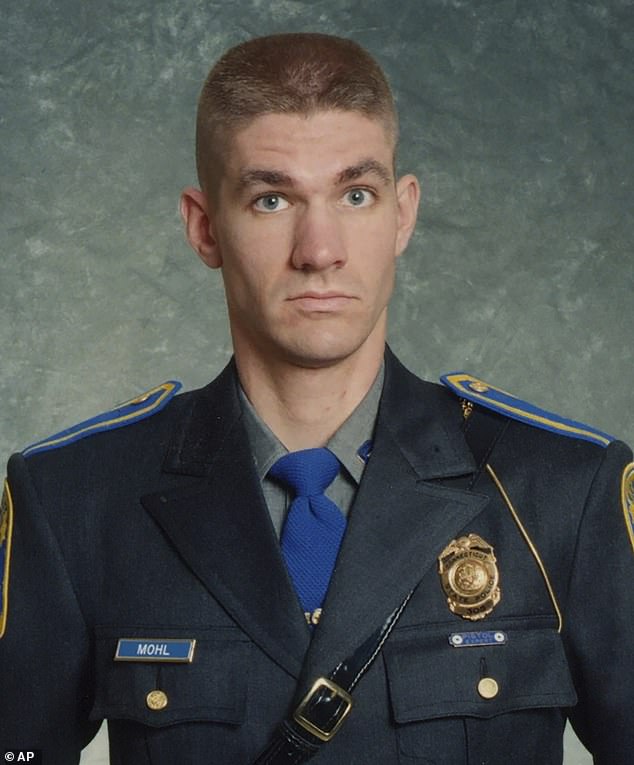 Sergeant Brian Mohl, a 26-year veteran of the Woodbury Branch of the Connecticut State Police 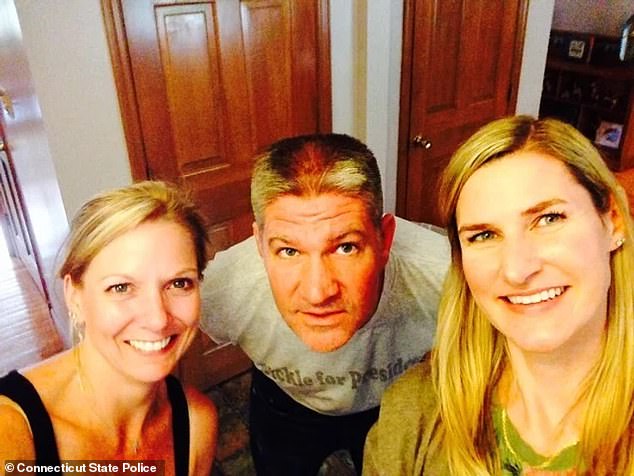 Sergeant Brian Mohl (center) with his wife Susan (left) and one of his three children, Samantha (right)

As the waters of the severe flooding began to recede, police began searching the area on the ground and in the air.

Nine fire brigades, six boats and three helicopters were involved in the operation.

Police helicopters found Mohl’s vehicle “largely submerged” in the river after daybreak, but the missing sergeant was not inside.

He was found in the river about an hour later and brought ashore, but was pronounced dead in hospital.

Woodbury Fire Chief Janet Morgan said it was difficult to locate Mohl and said there are 47 known spots of flooding in the area.

‘We had people in the area who knew where the floods were and registered it to the authorities [police department].’

“We didn’t have any flooding until midnight, and then it just started,” she added.

Mohl was a 26-year veteran of the division, and was assigned to Troop L in Litchfield, 24 miles from Woodbury.

“Any death from conscription is heartbreaking and the loss of Sgt. Mohl is no different.’ 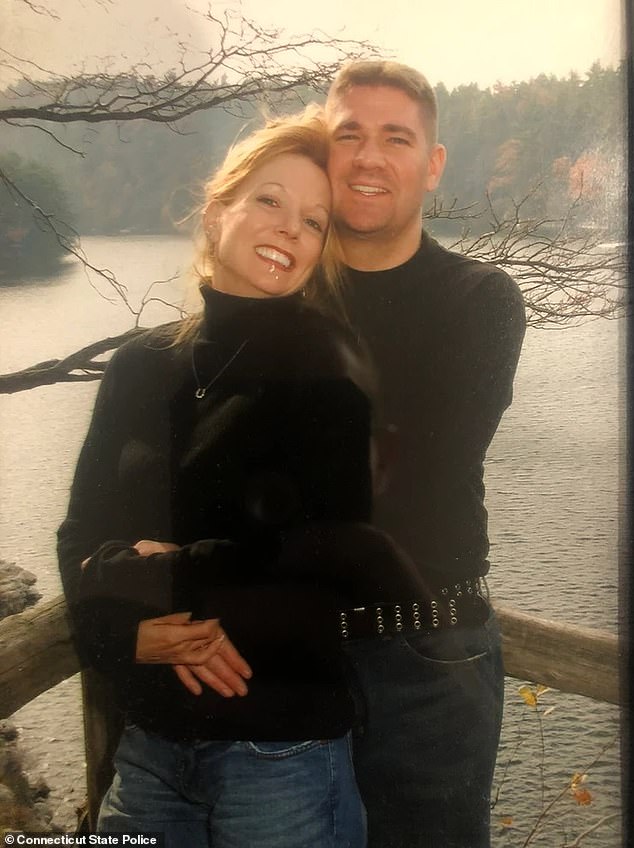 Susan (left) and Brian Mohl (right), who had served 26 years in the Woodbury department prior to his unexpected death on Thursday 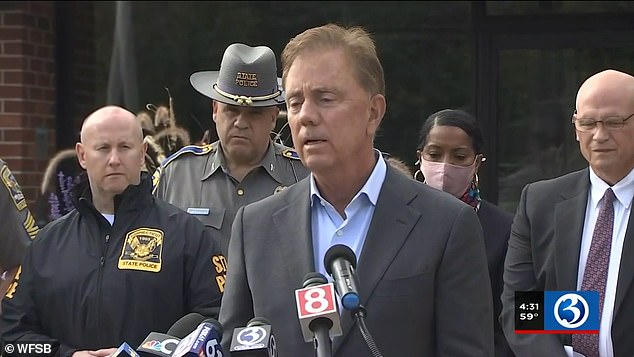 Governor Ned Lamont (pictured) also expressed his condolences at a press conference, saying: ‘Like a trooper you go out and look and you try to save others – take care of them’

“He was outside, in the middle of the night, in appalling conditions, patrolling the Troop L area. He was doing a job he loved and he was hired way too early,” Colonel Mellekas added.

The Officer Down Memorial Page has reported 31 deaths from drowning since 2010, including Mohl’s recent death.

The sergeant entered the State Police Training Academy in November 1994 and graduated in June 1995 before being assigned to Troop A in Southbury.

He was then promoted to sergeant in May 2000 and held the rank in various parts of Connecticut until his death, the Connecticut state police said in a statement Thursday evening.

Trooper First Class Pedro Muniz said the sergeant’s unexpected death is a difficult time for Mohl’s family and his colleagues with the Connecticut State Police.

“We ask everyone to keep us and the family in our thoughts and prayers as we go through this difficult time,” Muniz said.

U.S. Representative Jahana Hayes and Governor Ned Lamont also expressed their condolences at a news conference and ordered the flag to be raised in Mohl’s honor.

“I told everyone, ‘Stay safe, stay home, let’s face this storm.’ That’s not what you do as a trooper,” Lamont said. “Like a trooper you go out and you look and you try to save others – take care of them.”