A beloved skateboarder who tragically died after falling off his board on the Gold Coast is remembered by loved ones as a “free spirit.”

Raphael Vieira was riding at the Pizzey skate park, in Miami, on Tuesday when he suffered a serious brain injury after falling and hitting his head.

Mr Vieira, from Brazil, was rushed to hospital and placed in intensive care, but despite the doctors’ best efforts, he was unable to be revived.

The tragedy came just four weeks after his 25th birthday.

Luah Carmo, a childhood friend of Mr Viera, who now also lives in Australia, said Raphael’s family had made the decision to donate his organs to help save the lives of others. 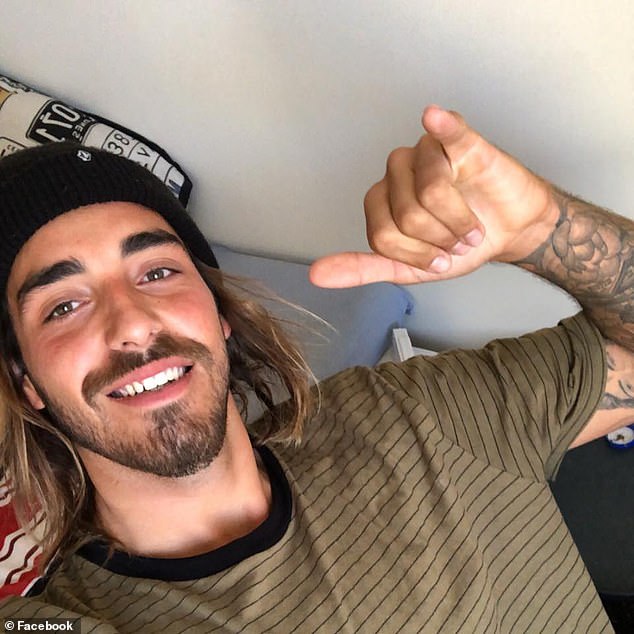 With his family trapped on the other side of the world due to the Covid-19 pandemic, Ms. Carmo has a GoFundMe to cover the costs of Mr Vieira’s funeral and cremation.

“Doctors performed countless procedures and tried to control brain pressure by every means possible, but unfortunately our big man’s brain injury was too severe,” she wrote in the campaign.

“The doctors tried their best, but nothing could be done to bring him back to consciousness.

“Faced with this event, the family has made an incredible gesture and decided to donate its organs.”

Originally from Curitiba, Mr Vieira moved to Australia in 2017 and was an avid surfer and motorcyclist, according to his social media profiles.

Tributes are pouring in online for the Brazilian expat, affectionately known by lovers as ‘Rapha’.

Friends in South America shared a photo of the message “Rapha, forever in our heart” etched in Portuguese on the sand at a local beach.

“One of the best vibe guys I’ve ever met, rest in peace brother,” a friend wrote.

Bruno Felipe said he woke up on Thursday morning with a strange feeling to find hours later that his friend had died. 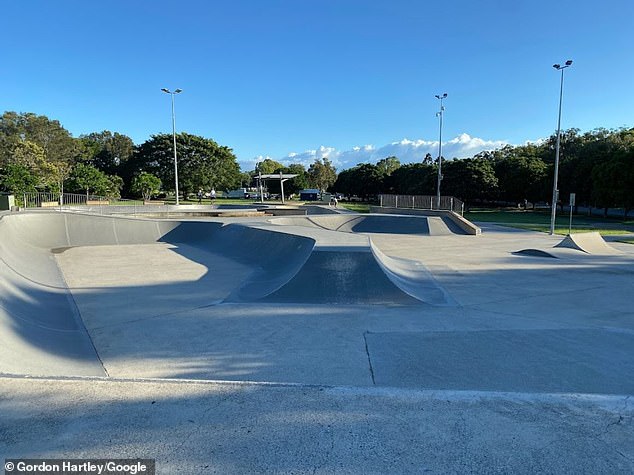 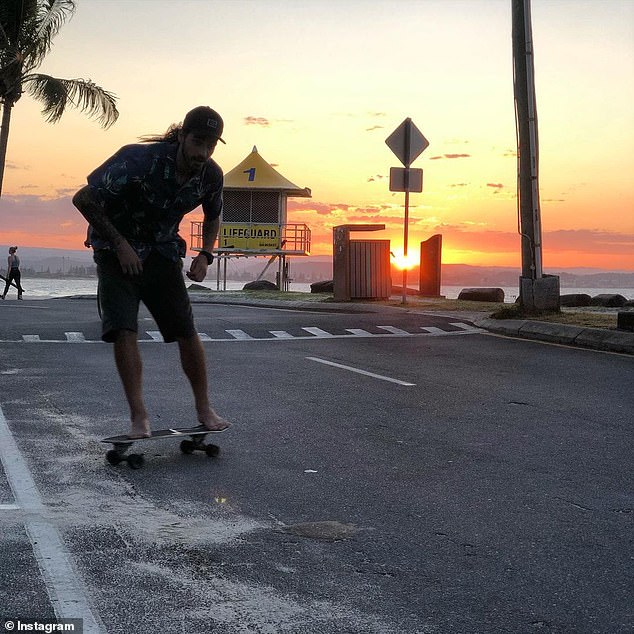 Mr Vieira, known as ‘Rapha’ by loved ones, regularly posted about his adventures in Australia on social media

“I wish I could have written to you when I heard it. I thought I was so strong saying goodbye [but] I’ve seen myself crying non-stop since I got the news,” he wrote on Facebook.

“Man, I’m really sad about what happened, but I promise this will pass and the good memories will be remembered.”

“How big his heart was and how light his energy was, he had no harm. As your father said, “Rapha has always been a free spirit.” And you always have been, haven’t you?’

“I want to thank you for your friendship, for the learning you left here, for your way and for your light. Man, I’m sure your passage was light, calm and full of peace. Now you’re up there watching us. I’m sure we’ll meet again in the next life.’

Relatives shared a poem by Saint Augustine titled “Death Is Nothing” about people dying and wanting their loved ones to abstain from grief and instead remember that they are still with them.

“All of us in the family believe that Raphael would like us to follow our lives according to this poem,” his mother wrote. 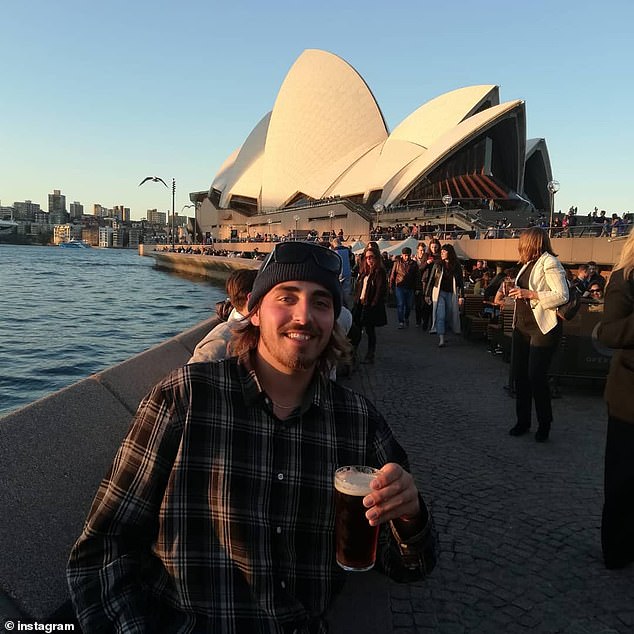 Mr Vieira lived in the Gold Coast after moving to Australia in 2017. He is pictured during a trip to Sydney 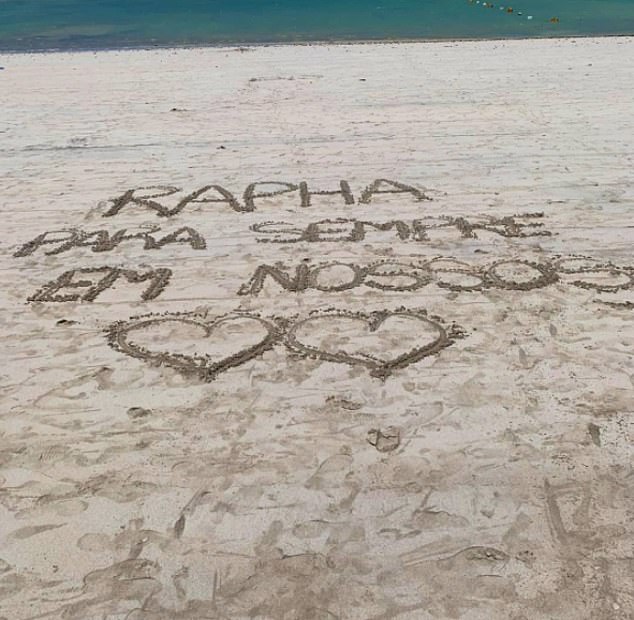 Lovers in Brazil shared a photo of a beach tribute in Portuguese, which translates to: ‘Rapha forever in our hearts’

‘Raphael, love of our lives, you are and will remain here with us! We love you infinitely!’

His brother said that Rapha will be in our minds and hearts “forever” while his aunt said she was still in shock that he was gone.

‘I can not believe it. Go in peace dear cousin. You will be greatly missed. We love you,’ she said.

Ms. Carmo said the fundraiser, which has already raised more than $14,500 since it was launched on Sunday, would also go to pay some of Mr Vieira’s medical bills.

“The good news is that the health insurance Rapha had covered most of the medical expenses, but not emergency access, which was $1,401.90,” she said.

“We would appreciate anything that can help us promote a passage full of peace and love for this wonderful fellow, who has shared his journey with us.” 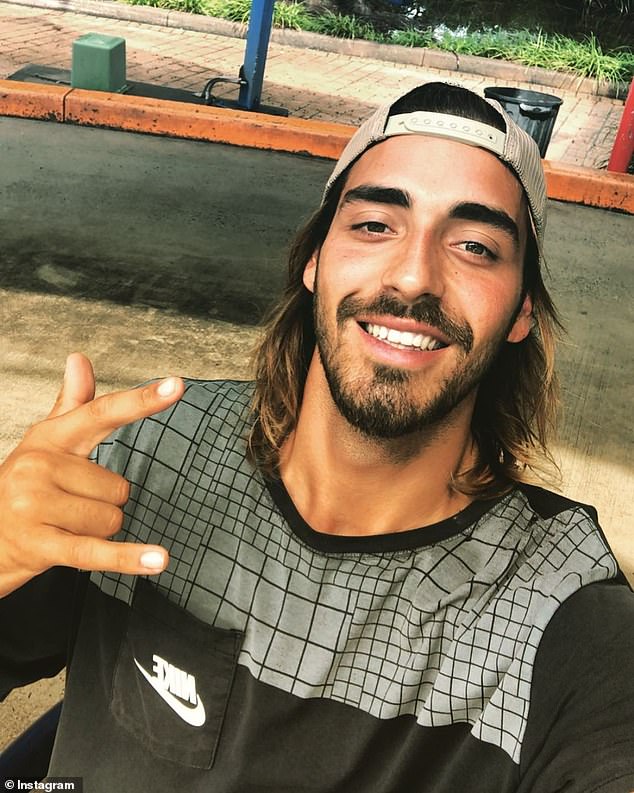 Why crowded beaches in Sydney are safe during Covid numbers surging

Sell or hold? How to review your shares portfolio