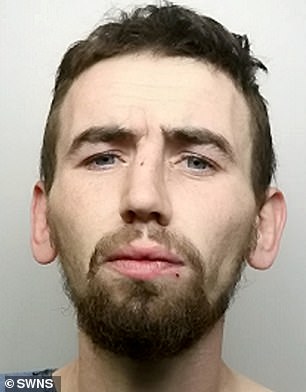 A criminal who spat at London Underground staff was identified after saliva splatter was forensically tested, police have revealed.

Richard Macken, 27, slid through the ticket barriers at Embankment station on March 7 before threatening staff with violence.

According to British transport police, he held up his middle finger at the workers before attempting to fight them.

He then, amid the coronavirus national lockdown, spat at them twice, happily missing both times.

Macken, with no fixed address, then spat at the control room window and threw maps around the station before leaving.

Window swabs were analyzed by forensics and found to be a DNA match for Macken, securing his conviction.

He was charged with habitual assault and pleaded guilty to Westminster Magistrates’ Court on August 12.

He was sentenced to eight weeks in prison. 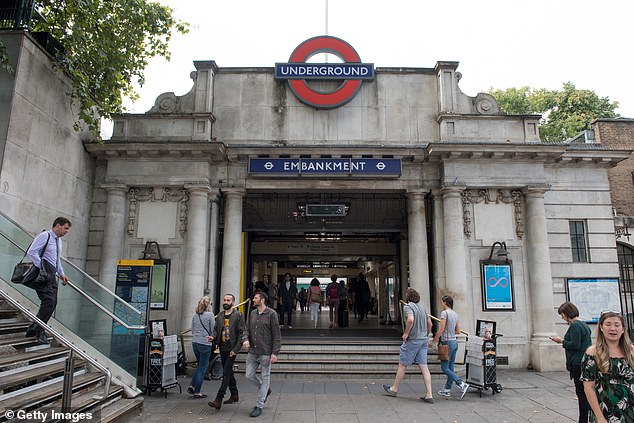 Smears from the control room window at Embankment station (pictured) were analyzed by forensics and found to be a DNA match for Macken, securing his conviction

PC Steve Russell of the London Underground Staff Assaults team said: ‘Mackens behavior was intimidating and chaotic, going out of his way to spit at staff amid a pandemic, threatening them and causing a mess in the station.

“They were just trying to do their job in what was and is a difficult time.

Fortunately, their quick thinking led them to use a spit kit to collect important evidence that helped identify Macken.

“These kits are excellent at detecting offenders who try to use their spit as a weapon to create fear and anxiety.”