Sir Elton John has announced the release of his 32nd studio album, The Lockdown Sessions.

The 74-year-old singer recorded a collection of 16 collaborations with some of music’s biggest stars during the coronavirus pandemic, including Stevie Wonder, Years & Years, Dua Lipa and Lil Nas X.

The Candle In The Wind hitmaker said: ‘The last thing I expected to do during the lockdown was make an album. But as the pandemic continued, one-off projects continued to crop up. 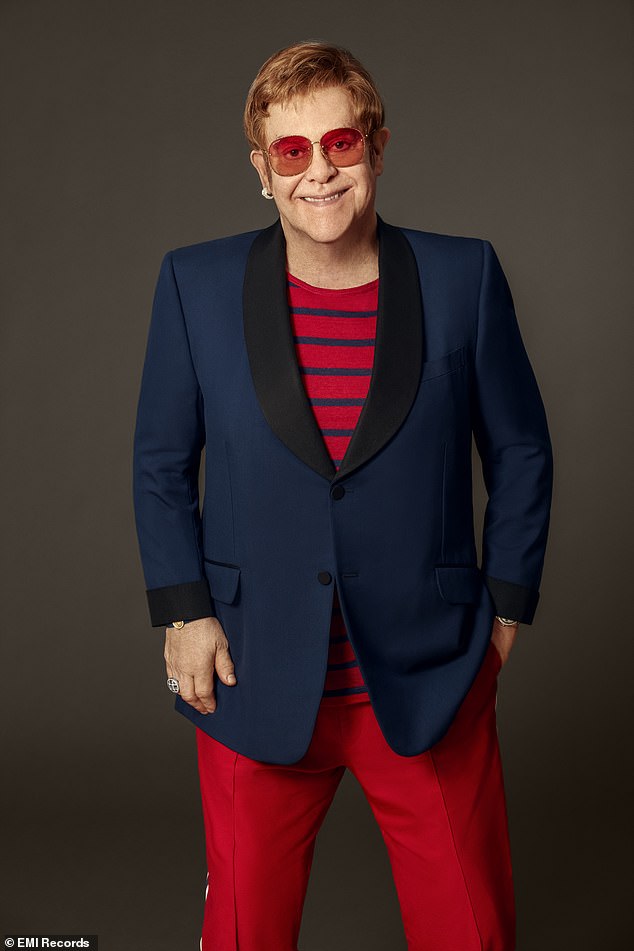 New Music: Elton John, 74, has announced the release of his 32nd studio album, The Lockdown Sessions, a collection of 16 collaborations recorded during the coronavirus pandemic

Elton said in a statement: “Some of the recording sessions had to be done remotely, via Zoom, which I had clearly never done before.

‘Some sessions are recorded under very strict safety regulations: working with another artist, but separated by glass screens.

“But all the songs I worked on were really interesting and diverse, things that were completely different from anything I’m known for, things that took me out of my comfort zone and into completely new territory.

“And I realized there was something strangely familiar about working this way. 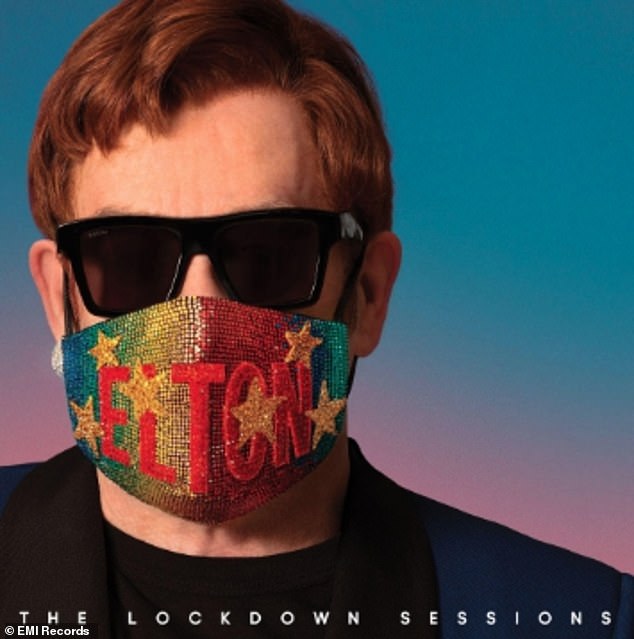 Unexpected: The hitmaker said, “The last thing I expected to do during the lockdown was make an album. But as the pandemic continued, one-off projects continued to crop up.”

‘At the beginning of my career, in the late 1960s, I worked as a session musician. Working with different artists during the lockdown reminded me of that.

‘The circle was complete: I was a session musician again. And it was still a blast.”

The Lockdown Sessions is available for pre-order with the album for release on Friday, October 22.

The tracklist of Lockdown Sessions

The album came about after Elton had to pause his Farewell Yellow Brick Road tour due to the pandemic. 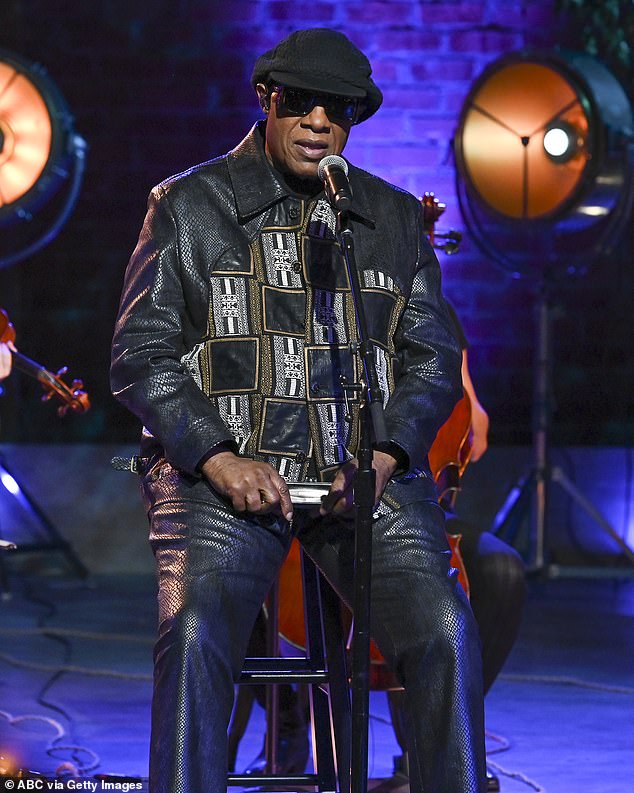 Star Power: The disc, which will be released on Friday, October 22, will feature Stevie Wonder (pictured last month) 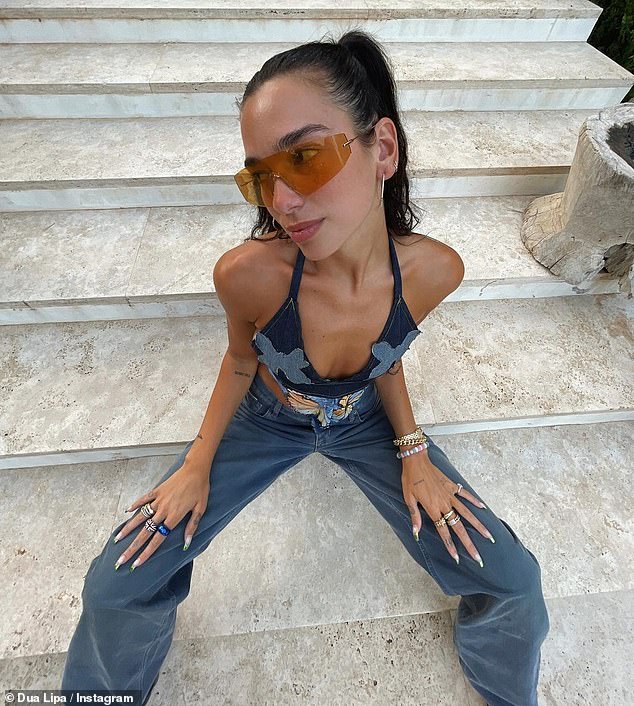 On point: Sir Elton recorded the song Cold Heart (PNAU Remix) with Dua Lipa, with the song opening the album 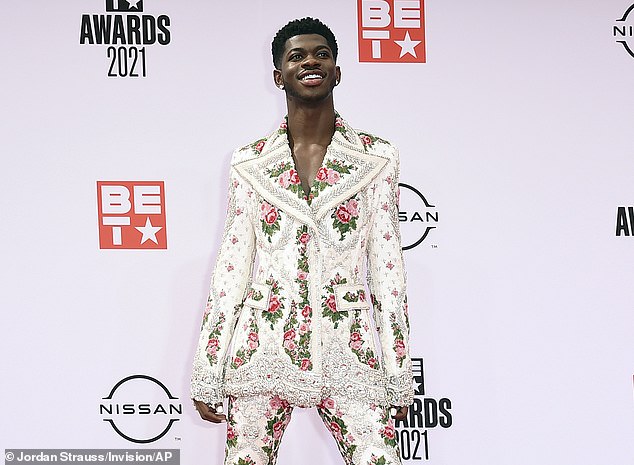 In July, it was announced that due to Covid-19, Elton again had to postpone some dates of his Farewell Yellow Brick Road Tour.

Fans in Germany who booked tickets for September will have to wait until 2023 to see the pop icon live.

The tour, which began in 2018 and is expected to include 309 shows, would get back on track in Berlin before heading to Munich, Hamburg, Mannheim and Cologne.

But Sir Elton confirmed the delay online, saying: ‘Hello again everyone. As we begin to move out of this horrific global pandemic, we are all faced with regulations and restrictions that we must abide by.

“As such, it was necessary to rethink my Farewell Yellow Brick Road Tour and make some tough decisions.

“I hope you understand that we have not taken these decisions lightly, but with due consideration for the situation in each country and the safety of our fans and everyone involved in this great show.

“Based on the information we have received, venues in Germany will not be allowed to reopen at 100% capacity for the foreseeable future, and as we have sold 100% of the tickets for my show, we have made the decision to reopen it.” to plan.

We can’t wait to finally see you all again and thank you for all your love and support. Until we see you, please stay safe and sound. Elton John.’ 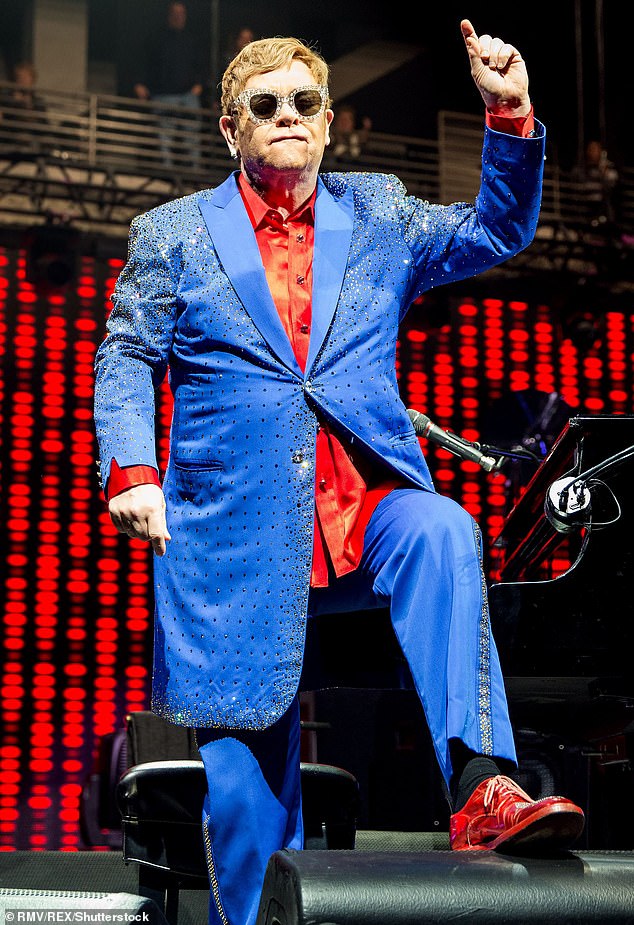 Pushed back: Sir Elton was forced to postpone a selection of dates on his Farewell Yellow Brick Road Tour due to Covid-19 (pictured in 2017)