Britain’s best ROUNDABOUTS unveiled: Self-proclaimed ‘the UK’s dullest man’ creates a 2022 calendar of the 12 most important road junctions. So did your city make the list?

The self-proclaimed ‘the dullest man in the UK’ has outdone himself after creating a calendar of Britain’s best roundabouts.

King of humdrum, Kevin Beresford, has traveled across the UK shooting thousands of roundabouts and his best shots are cut for the new 2022 calendar.

The 69-year-old, who is president of the Roundabout Appreciation Society, spent hours with other members discussing which intersections should appear in the final version of the calendar – with an island in Brownhills, West Midlands making the all-important cover and December page. made .

Kevin hopes to sell more than 2,000 of the calendars – available on Amazon – which cost £10 each and include other roundabouts, including those in Bath, Cardiff, Basingstoke and Southport.

Kevin, from Redditch, said, “Roundabouts are an oasis on a sea of ​​asphalt.

‘They give municipalities the perfect opportunity to plant a garden in the middle of the road and they are greener, more efficient and more beautiful than traffic lights.

‘There are also so many possibilities with roundabouts, it can be anything, such as paintings, statues and trains. there’s a 90 percent reduction in fatalities when using a roundabout over traffic lights.

‘What I also love about roundabouts is that they are quintessentially English, it’s all about manners, queuing and picking a gap in traffic and the British love their gardens too.’

See if your local roundabout makes the exclusive list below. 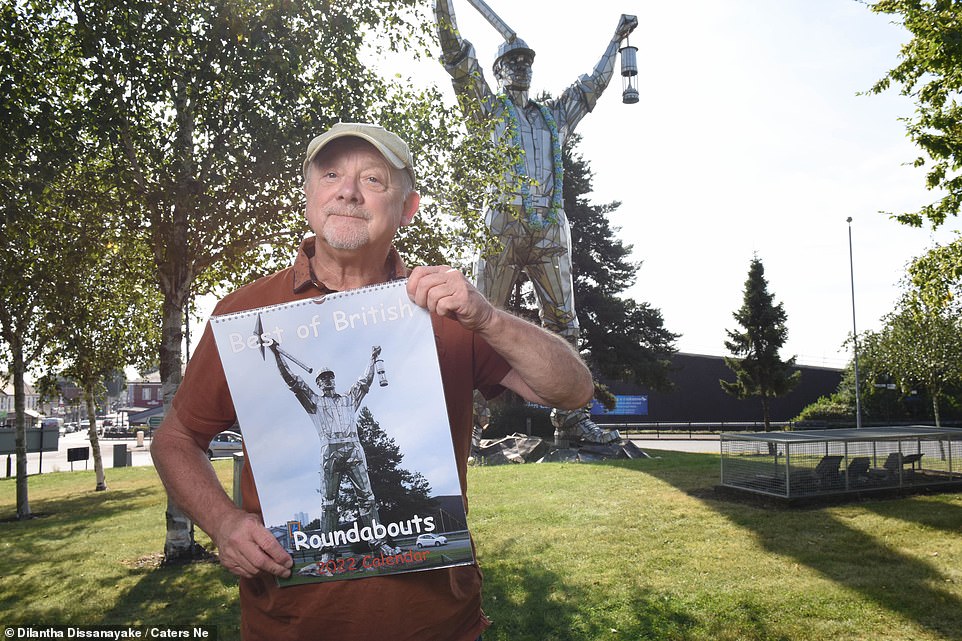 King of humdrum, Kevin Beresford (pictured) has traveled across the UK shooting thousands of roundabouts and his best shots are cut for the new 2022 calendar 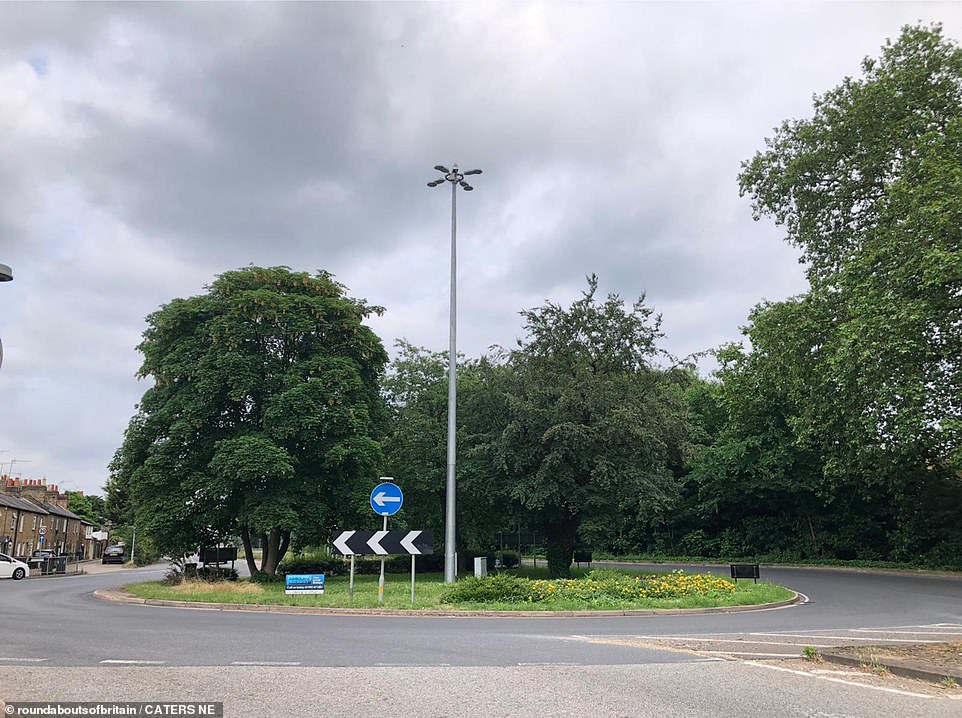 JANUARY: This roundabout on the A414 in Hertford, East Hertfordshire, is sponsored by Ashbourne Insurance and has three huge trees directing travelers to Stevenage, Hatfield or Harlow. Hertford was the last town in England to host a ‘witch trial’. 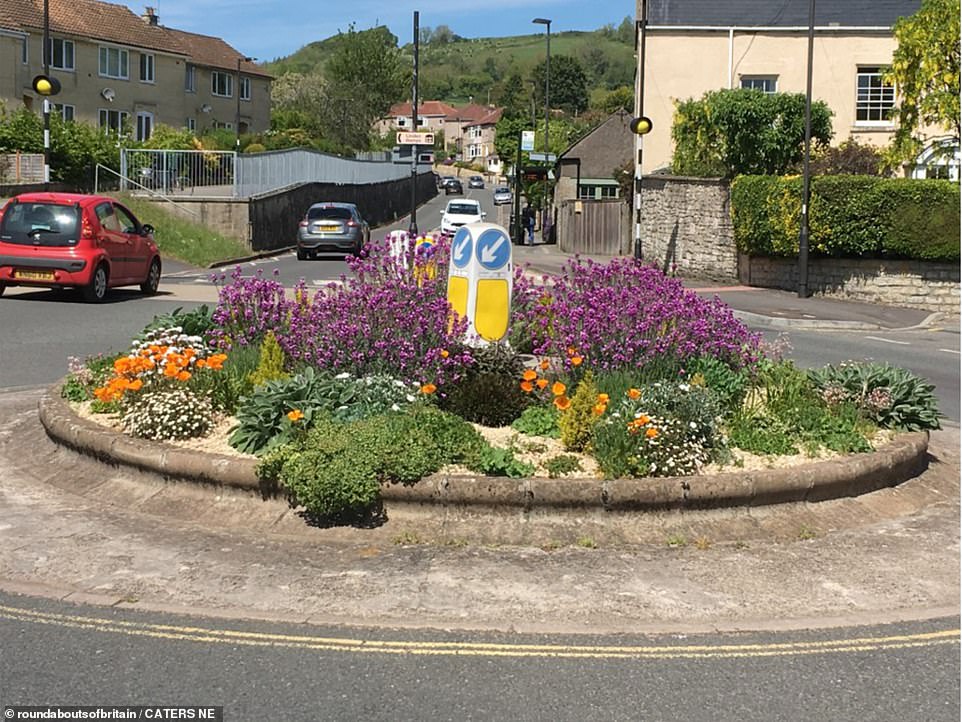 FEBRUARY: Banes City Council in Bath had all but given up on this Lansdown Lane roundabout until the local gardening club intervened and decided to sponsor the new plantings. Local Christine Brook and her husband designed the flower and plant arrangement. 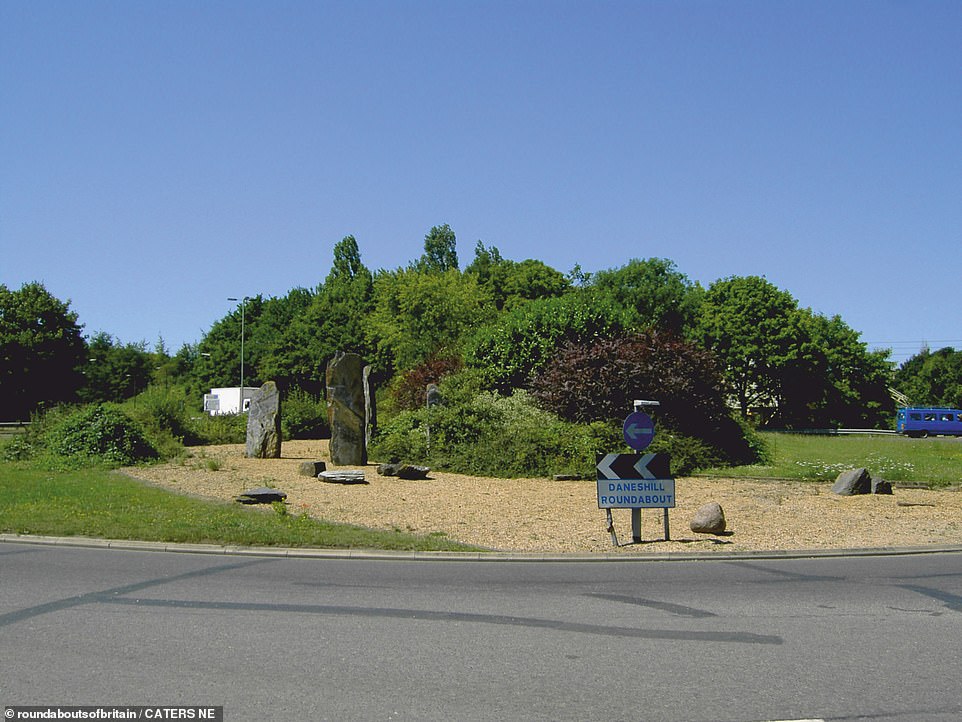 MARCH: This ‘mysterious looking’ roundabout can be found in Basingstoke and has upright old stones, gravel, trees, bushes and shrubs. Basingstoke has so many roundabouts it’s called Donut City. 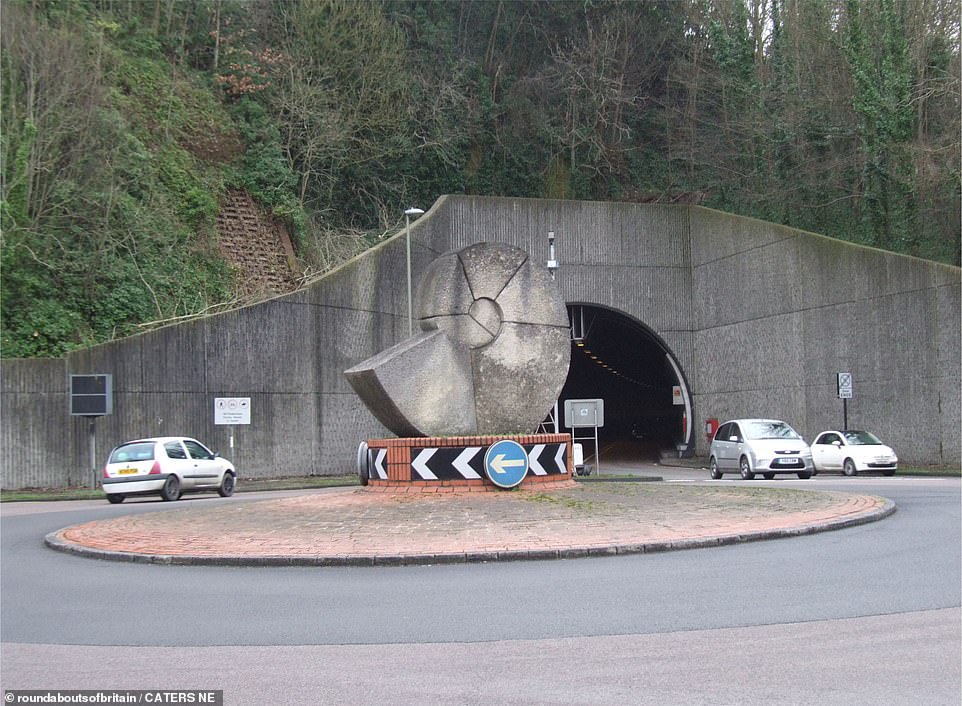 APRIL: Locals in Lewes have called the concrete structure on this roundabout Brian the Snail – a reference to the character from The Magic Roundabout. But the statue actually represents an ammonite, found in abundance in the chalk cliffs of the East Sussex area, which lay beneath the sea millions of years ago. The setting is the entrance to the Cuilfail tunnel. 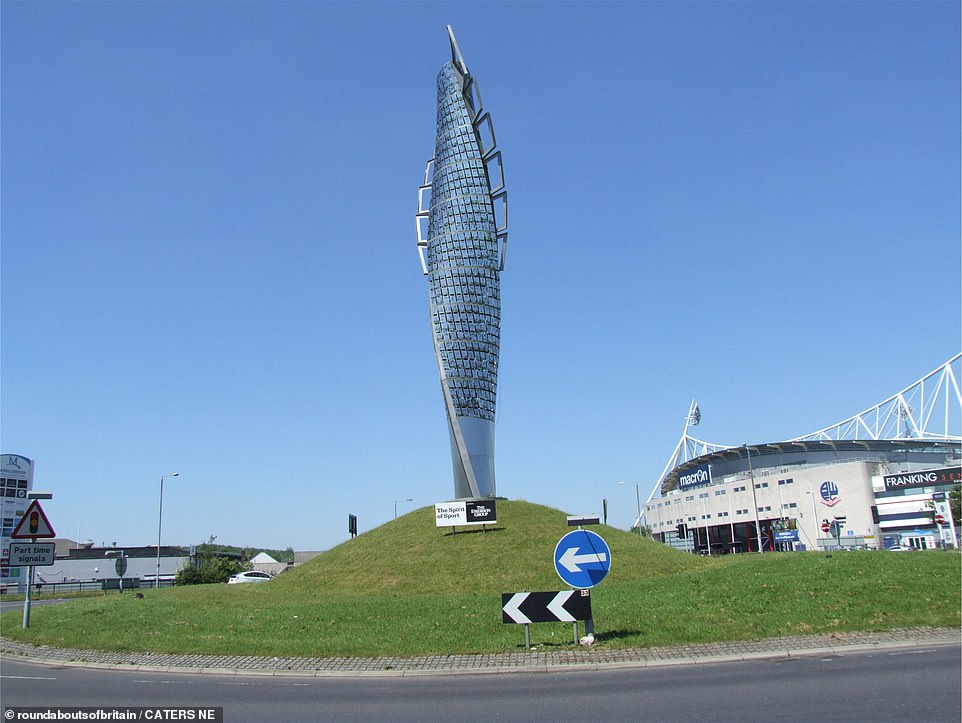 MAY: The Spirit of Sport roundabout in Bolton features a towering silver sculpture on a high grassy knoll. The monument’s metal ‘plates’ depict Bolton’s sporting heroes through the ages

JUNE: For 161 years, Tredegar’s iconic clock tower has sounded on a roundabout in the Welsh Valleys. It is made of cast iron and measures 72ft. It was built to ensure that the locals could get to work on time. 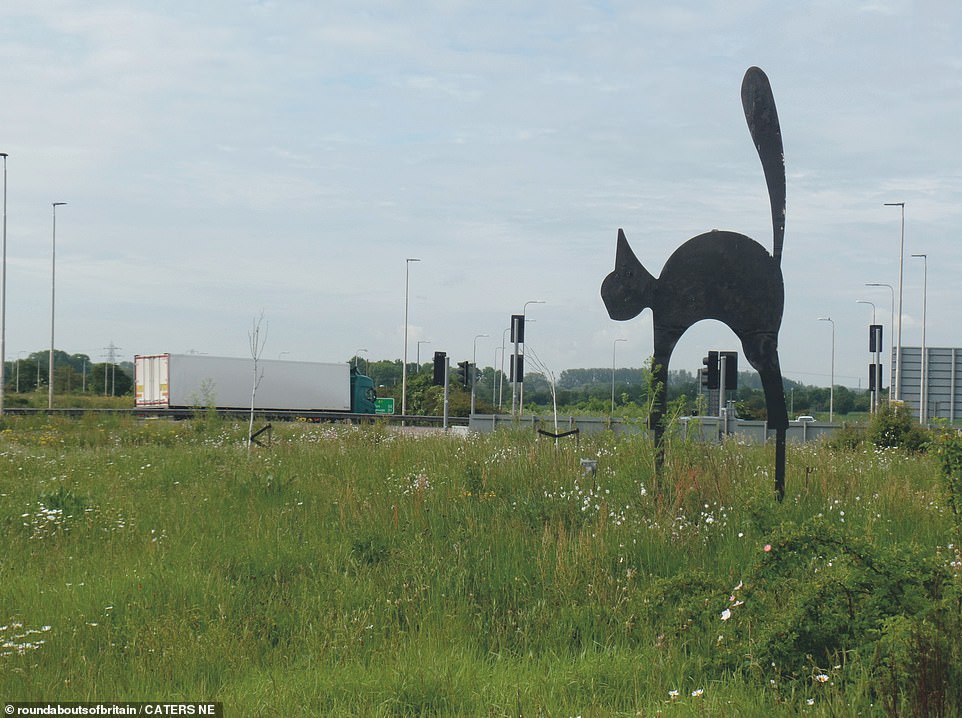 JULY: The Black Cat Roundabout on the A1 at St. Neots takes its name from the former Black Cat Garage that opened on the site in the 1920s. It has unfortunately been the target of vandals over the years, the calendar says 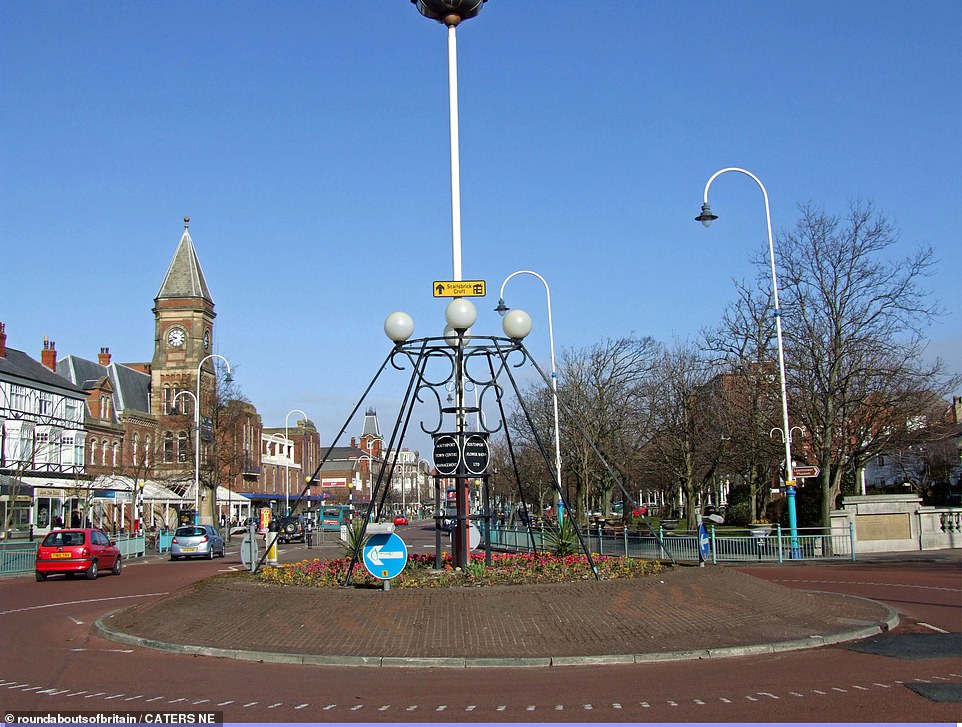 AUGUST: This roundabout in Southport has a flower arrangement at its core. Sloping graceful wrought iron work supports four large orbs and the center houses a high robust lamppost 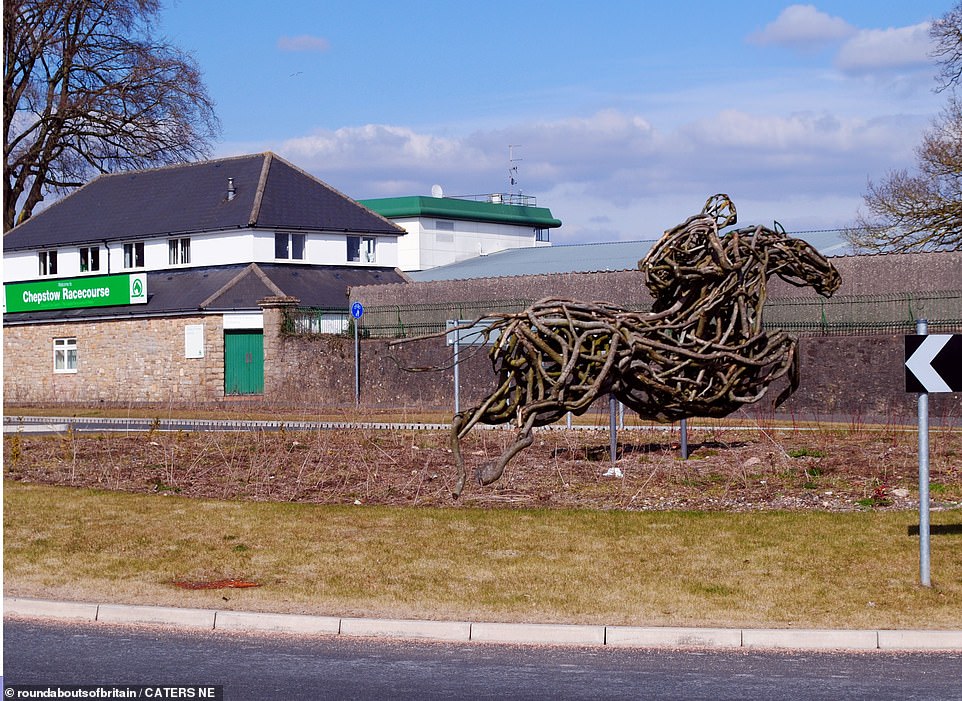 SEPTEMBER: This striking sculpture of a figure riding a horse greets drivers outside Chepstow Racecourse 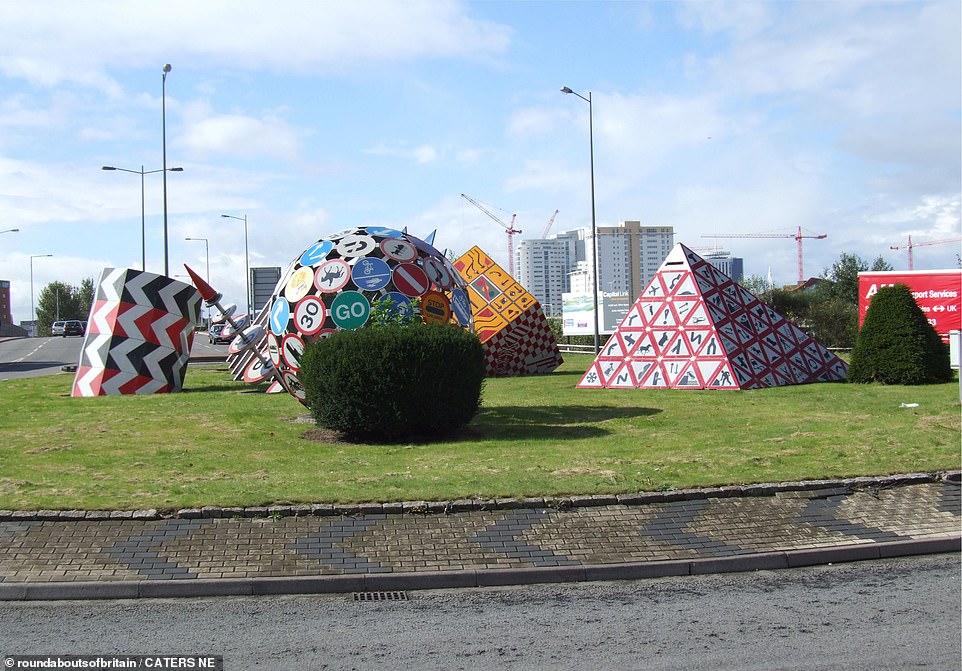 OCTOBER: Cardiff’s very own Magic Roundabout is a mix of bizarre geometric shapes, turf and sloping stonework around the perimeter 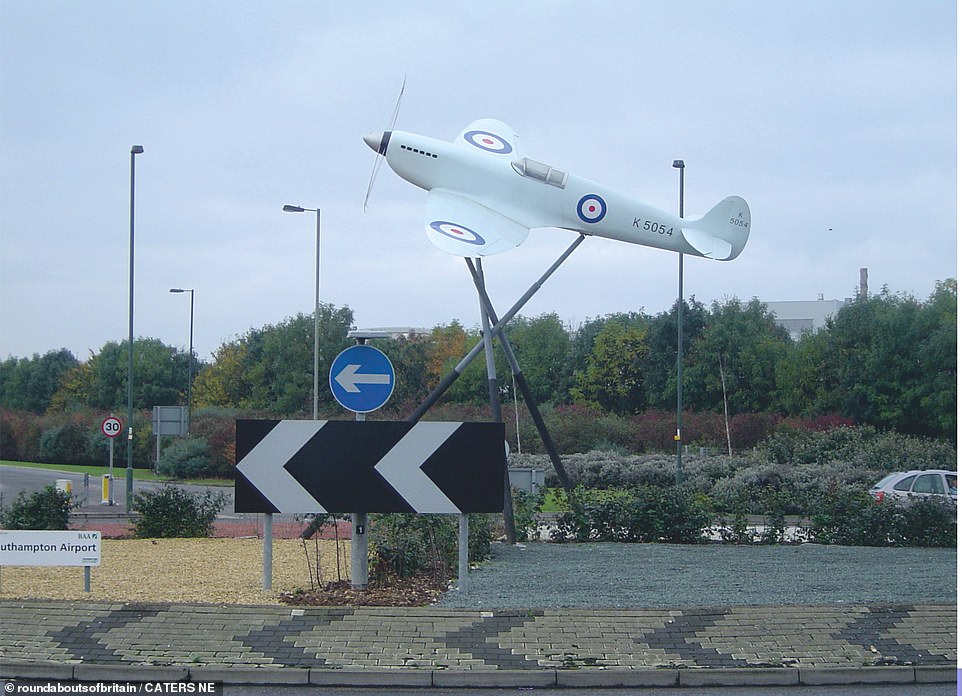 NOVEMBER: This beautiful Spitfire soars 25 feet above this roundabout on the busy access road (Mitchell Way) to Southampton Airport 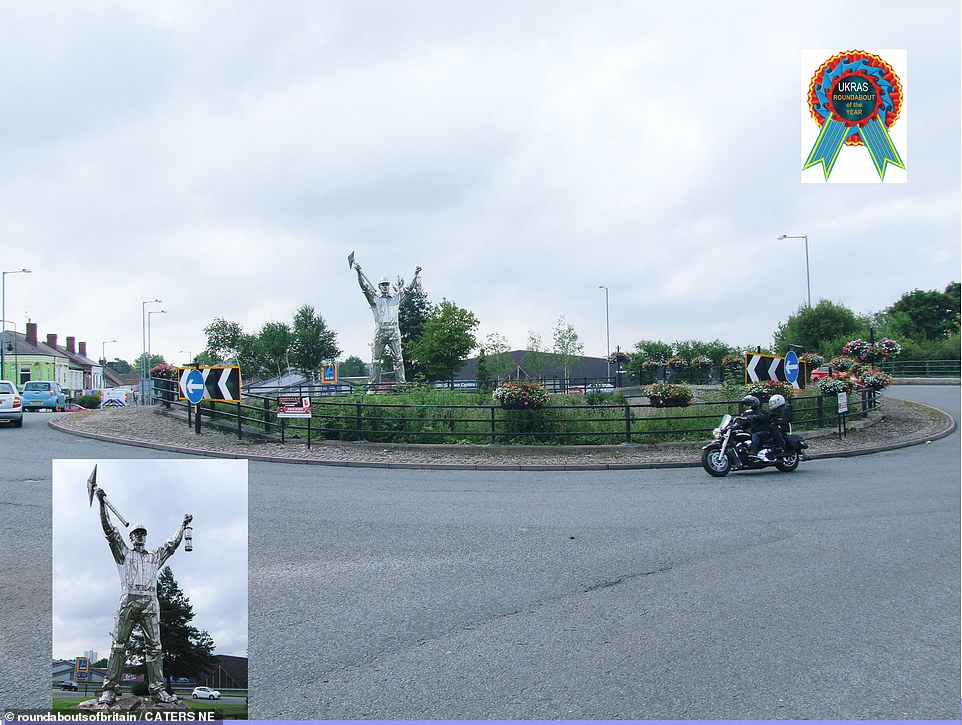 DECEMBER: At this Brownhills roundabout in the West Midlands is a 40ft silver behemoth known as Jigger, named after Jack Jigger Taylor, who was killed in a 1951 mining disaster