A young woman was sent away spread-stretched after being beaten in the ankle by an irate driver who found her dancing on the roof of his Fiat Punto while queuing in London traffic.

The unnamed man repeatedly yells ‘are you crazy?’ before hitting her on the leg during the Forest Gate incident around 3 p.m. on Bank Holiday Monday.

She lands on the road with a bang, before apologizing profusely and asking her assailant to “take it easy” as she lies on her back on the tarmac.

A witness said the woman had already walked on the roof of the white Toyota Prius at the traffic lights in Romford Road before jumping on the black Fiat.

@AminNumeroUno said: ‘Literally just saw this in Forest Gate, it’s just crazy these days in East London. For those who ask the backstory behind this, she jumped from the roof of the white Prius to the hood of this car and then through the windshield to the car roof.”

He added: ‘What happened next… well she crossed the road and went to another car lol’.

People responding to the video on social media wondered if she was “on drugs” or an Extinction Rebellion protester. 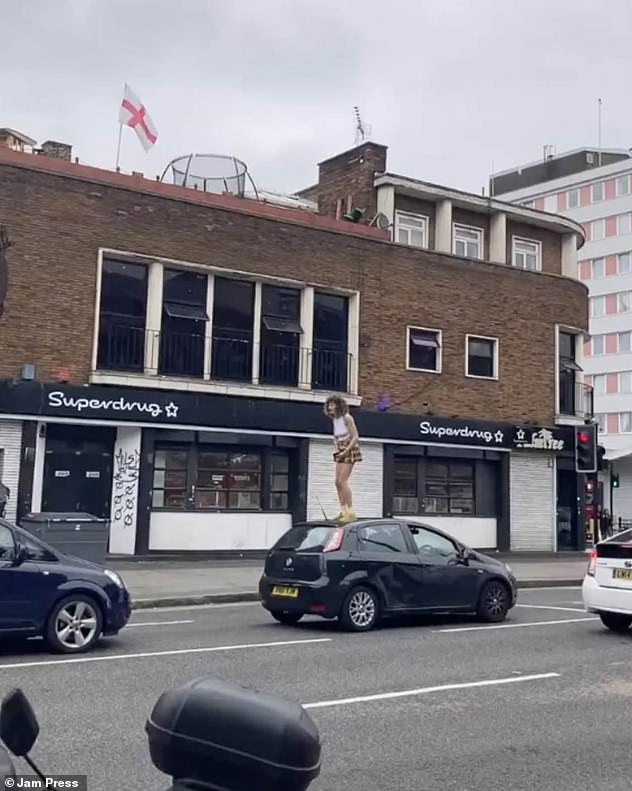 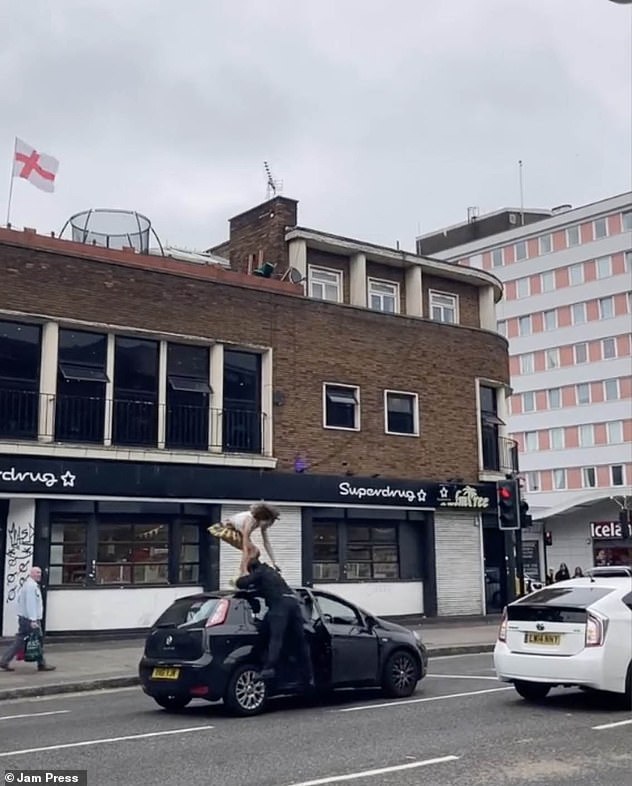 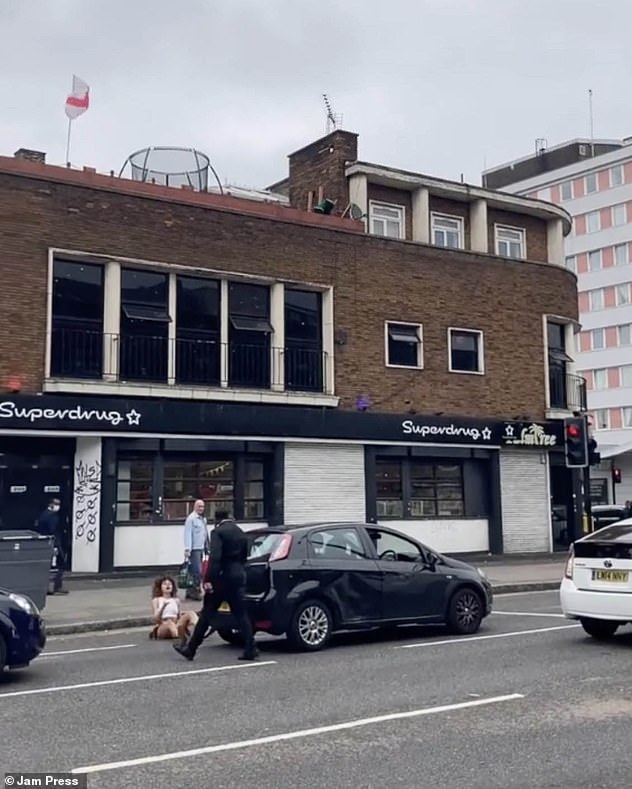 The woman hit the road with a thud before the man who hit her yelled, “Are you crazy?”

In the video, the woman can be seen dancing on the roof of the man’s Fiat, in the middle of a busy shopping street.

She spoke to a man who ran errands outside the local Superdrug and said, ‘Enjoy it, yes, enjoy it’.

Below her, the driver briefly rolls down his window before realizing that the woman is making a mold on his roof.

Suddenly the annoyed driver gets out of the car and punches the dancing woman in the ankle. She is sent backwards from the car roof onto the street and fervently apologizes to the enraged motorist.

The footage was filmed by Twitter user @AminNumeroUno, who said the woman had jumped from one vehicle to another on the main street.

Many online viewers were stunned by the man’s quick slap on the woman’s ankle.

One user wrote: ‘No, the old school ankle thrust always works!’ – another commented: “He didn’t have to activate the dreaded ankle thrust. He went too far.”

Meanwhile, others said this scene was quintessentially East London.

One person said ‘Welcome to Romford Road’ whilst another commented ‘Typical Forest Gate this’.