Rapper Dizzee Rascal today denied headbutting his ex-girlfriend during an argument at her home.

The 36-year-old performer appeared in court under his real name, Dylan Mills, who was charged with assaulting Cassandra Jones at a property in Streatham, south London, in June this year.

Rascal, who wore a suit and tie in the dock at Croydon Magistrates Court, spoke only to confirm his name and address and to introduce his not guilty plea. 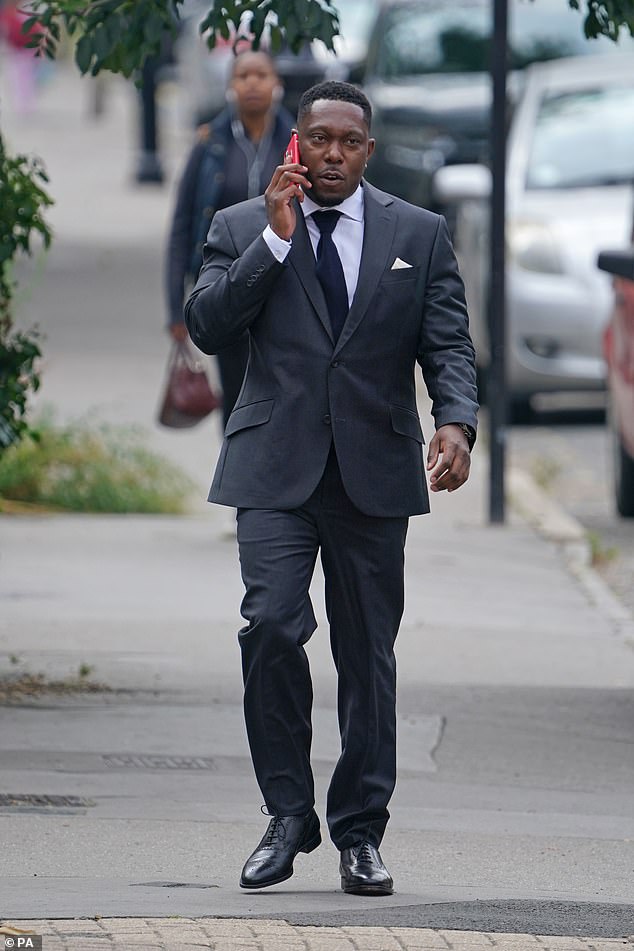 Dizzee Rascal real name Dylan Mills, arrives today at Croydon Magistrates’ Court, where he is charged with assault after an incident at a residential address in Streatham, south London 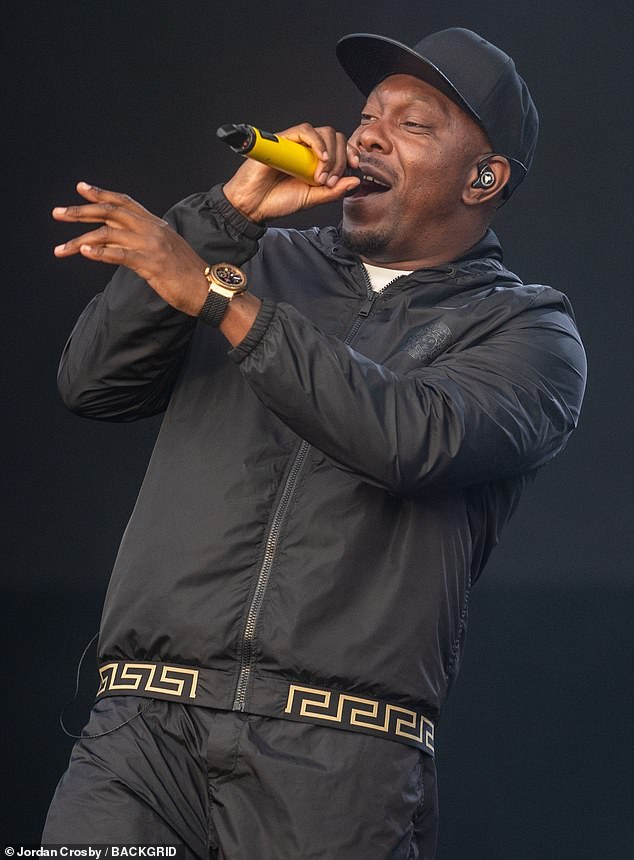 The British rapper, 36, whose real name is Dylan Mills, was arrested by police on June 8 on suspicion of habitual assault (pictured during a performance in Cornwall last month)

The court has heard that the trial will include evidence from several witnesses, including the complainant, her mother, Rascal and Rascal’s manager who was called shortly after the incident.

Iskander Fernandez, who represents the Mercury Prize winner, said: “There is an additional witness: the defendant’s manager will also testify. He got a call shortly after what happened.’

Magistrates chairman Alan Hutchings adjourned the case for a trial due next February.

“If you fail to return to this court by that date and time, you may be committing an offense for which you could face a fine or jail time.”

Mills’ bail conditions state that he must not contact the complainant or her mother, directly or indirectly, nor go to the road where she lives, other than to contact solicitors in connection with childcare.

A Metropolitan Police spokesman said: ‘Dylan Mills, 36, of Sevenoaks, Kent, has been charged with assault after an incident at a residential address in Streatham on 8 June.

Officers were present and a woman reported minor injuries. She didn’t have to go to the hospital.’ 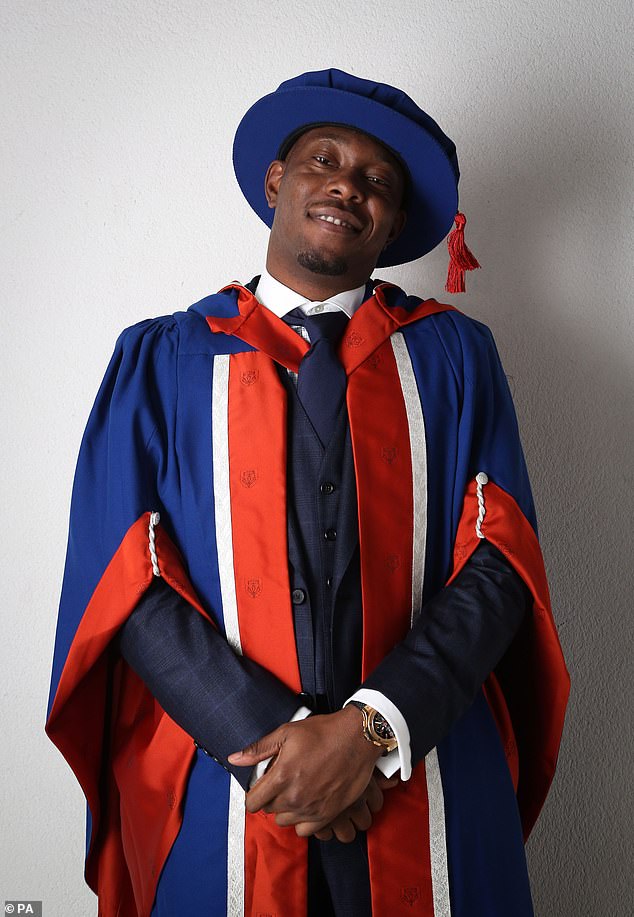 The rapper, who received an MBE last year for his contributions to music, won the Mercury Award for Album of the Year in 2003 with his first solo album, Boy in da Corner.

Rascal, of Sevenoaks in Kent, was just 18 when his debut album Boy In Da Corner was released in 2003.

Since then, he has become one of Britain’s most successful acts, performing at the opening ceremony of the 2012 London Olympics.

He scored a string of number one singles, including Dance Wiv Me and Bonkers.

He released his latest album, E3 AF, in 2020 where he received an MBE in the Queen’s Birthday Honors for services to music the same year.

Mills recently performed at the Boardmasters music festival alongside bands such as The Kooks, Gorillaz and Foals.

His private life is rarely reported, but he is believed to have previously dated model Kaya Bousquet, who was killed in a high-speed car accident in 2008.

Mills has his own record label called Dirtee Stank and managed to win over new fans in March this year when he performed at the Great British Bake-Off.