Princess Stephanie of Monaco’s daughter is candid about her unconventional childhood in a caravan with a traveling circus after her mother ran off with an elephant trainer.

Pauline Grace Ducruet, 27, 16th in line to the throne of Monaco, is the daughter of Stéphanie and her ex-bodyguard Daniel Ducruet, and is the granddaughter of movie star Grace Kelly.

The niece of Prince Albert, who recently launched her own fashion brand, has lived in a caravan in a traveling circus for years after her mother famously eloped with an elephant trainer before returning to Monaco.

In an interview with the Sunday Telegraph, she said that while her childhood may have been “random,” living and traveling with children from around the world was a “moment of pure freedom.” 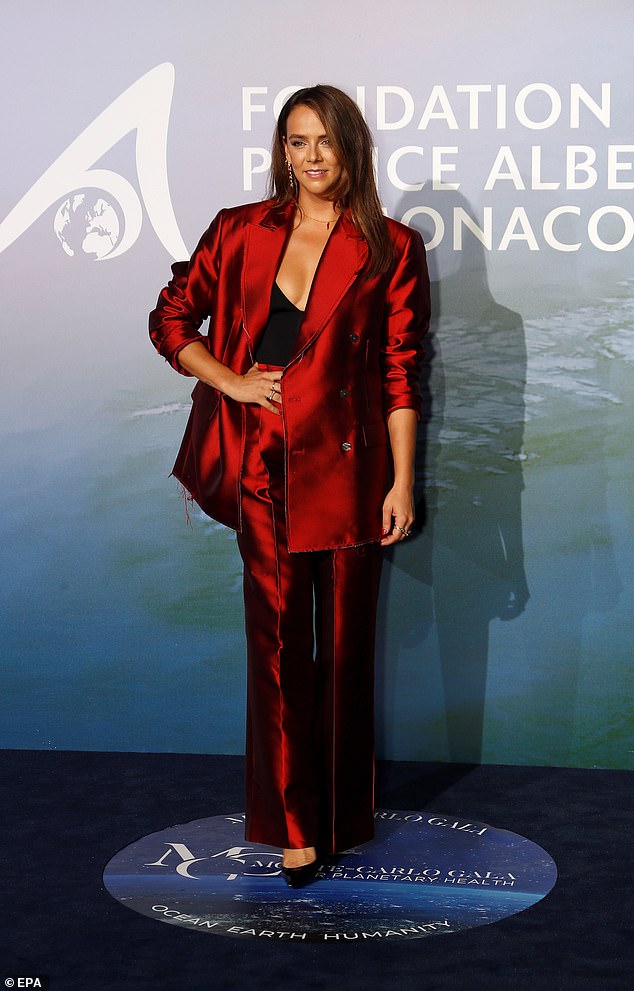 Pauline Grace Ducruet, daughter of Princess Stéphanie of Monaco (pictured in Monte Carlo last year) is candid about her unconventional childhood in a caravan with a traveling circus after her mother ran away with an elephant trainer 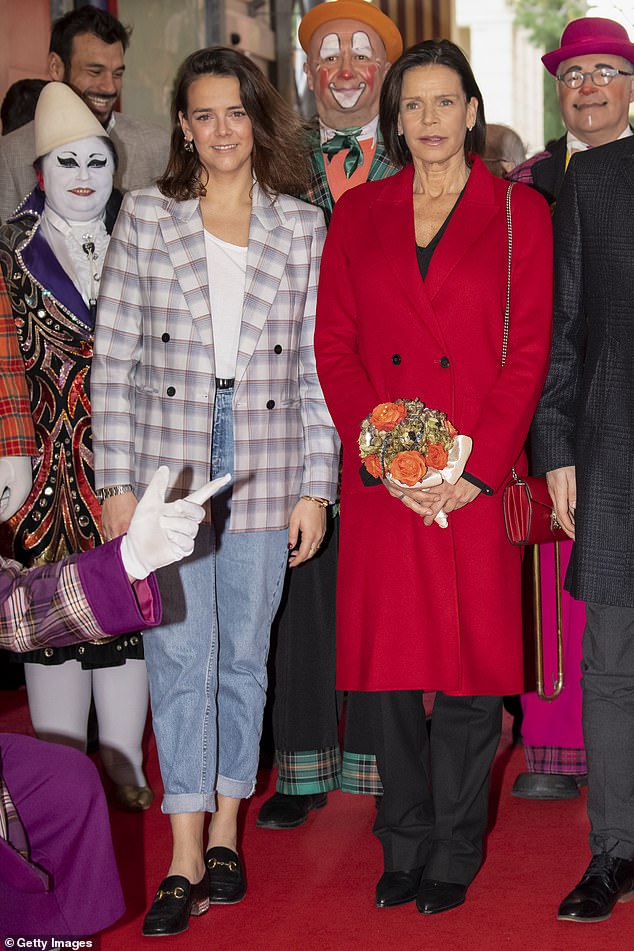 Pauline lived in a caravan in a traveling circus for years after her mother famously eloped with an elephant trainer before returning to Monaco. She is pictured with Stephanie of Monaco at the 44th International Circus Festival in 2020

“That was random,” she said. “But it was interesting and I was out with animals all the time. I was with kids from all over the world – German, English, Italian, Spanish – and we had our own little language. It was a moment of pure freedom that I don’t think many kids get.’

The youngest child of Rainier III and 1950s acting icon Grace Kelly, Stéphanie has been called the wild child of the family, known for her series of scandalous romances.

Her mother died in September 1982 after driving through a hairpin bend in Monaco and crashing, with her 17-year-old daughter Stephanie in the vehicle.

Princess Stephanie, now 56, suffered greatly from the incident and was haunted by false reports suggesting she was behind the wheel at the time of the crash. 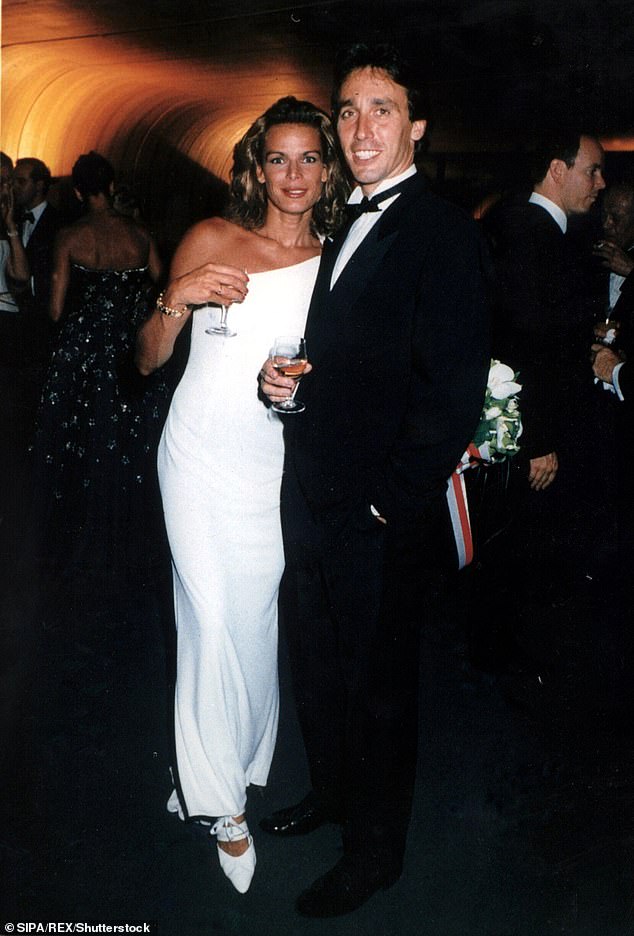 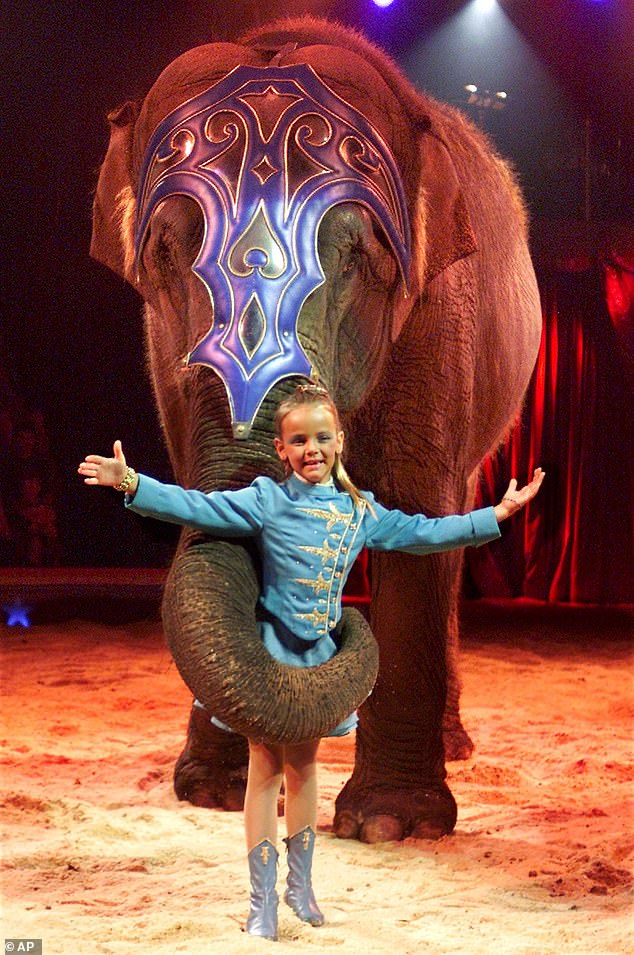 In 1991, she became involved with her ex-bodyguard Daniel Ducruet, and the couple had two children – Louis and Pauline – before getting married in 1995.

A year after they walked down the aisle, the marriage fell apart when Stephanie’s husband was caught playing with a woman who had previously won the title, Miss Topless Belgium.

However, Pauline insisted that the couple remain close throughout her childhood, always making it “a point for us to grow up with two parents.”

In 1998, Stephanie welcomed a daughter, Camille, but there was controversy surrounding her birth after the princess failed to reveal who the father was.

As such, Camille is not included in the line to the Monegasque throne, unlike her brother Louis Robert and her sister Pauline.

Camille herself has identified former palace guard Jean Raymond Gottlieb, who was reportedly the head of Stephanie’s security detail when they entered a relationship, as did her father in a gushing birthday post shared on Instagram in 2017. 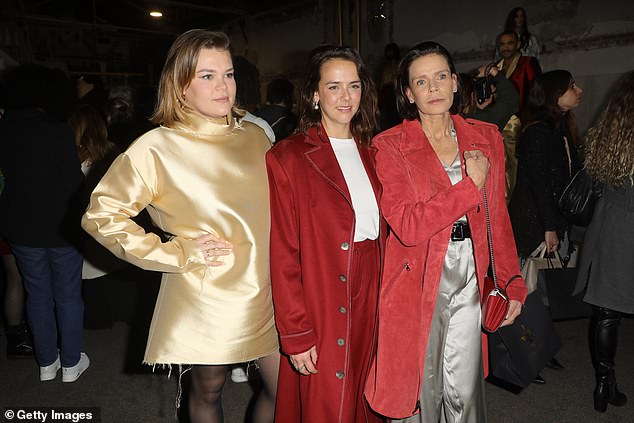 In 1998, Stephanie welcomed a daughter, Camille, but there was controversy surrounding her birth after the princess failed to reveal who the father was. Pauline, Camille and Stephanie were photographed last year during Paris Fashion Week

Although Camille shares Gottlieb’s last name, his name is not on her birth certificate, and Stephanie has never publicly confirmed that he is Camille’s father.

In 2001, Pauline’s mother left Monaco with her three children to enter into a relationship with a zookeeper in a Swiss traveling circus.

The relationship came to an abrupt end and two years later she married a Portuguese circus acrobat Adans Lopez Peres – a marriage that also ended in divorce less than a year later.

Upon their return to Monte Carlo, Pauline decided to pursue a career as an acrobat herself, graduating in diving and participating in the World Junior Diving Championships and the Summer Youth Olympics.

At the age of 18 she left home to study fashion styling at the Istituto Marangoni in Paris for Parsons School of Design in New York.

Pauline, whose mother Stéphanie modeled for Dior, interned at American Vogue and Louis Vuitton before eventually launching her own label, Alter, which recently released their second collection.