Manchester United were frustrated at Old Trafford for the second week in a row after being held to a 1-1 draw with Everton over the lunch hour on Saturday.

The Red Devils looked like they would come back from last week’s 1-0 defeat to Aston Villa with a win after Anthony Martial gave them the lead. But Andros Townsend found the net in the second half to disappoint the home crowd.

On an afternoon when United dropped points again, Sportsmail’s Ian Whittell gives his verdict on all the players in the Premier League clash. 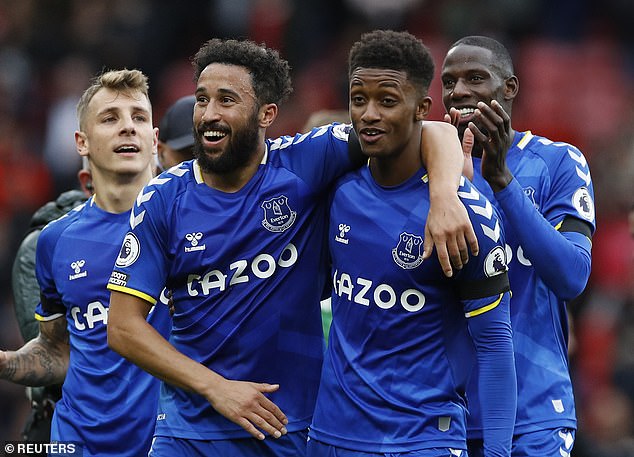 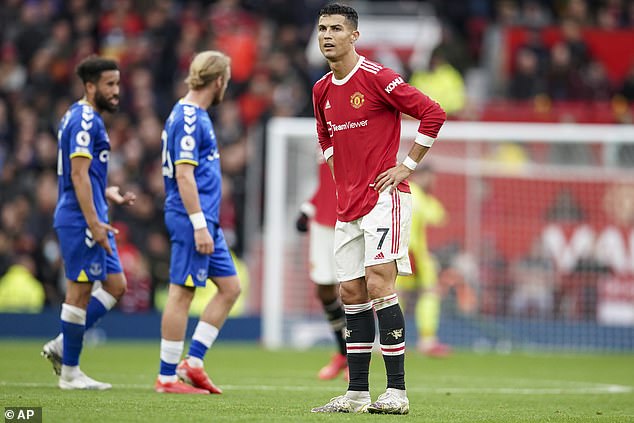 Busy without making too many excellent saves, but his best, from Gray’s long shot, showed he’s back in top form. Little chance of equalizing.

Fantastic early cross provided a nanny for Martial, but his defensive work left much to be desired and was pulled out of position too easily.

Looks less solid without the injured Maguire next to him but still showed great positional feel. So often in the right place at the right time.

Made a few key blocks, but seemed sensitive to Gray’s pace as he stepped in to attack him. Firm enough, yes.

Back from injury but not yet at his best and many of Everton’s most threatening attacks and most dangerous crosses came down his left wing. 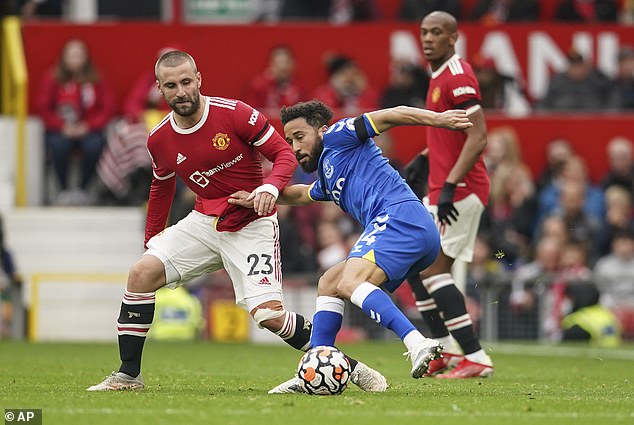 Strong performance from the Scot whose use of the ball was simple but effective while showing great defensive discipline.

The much-criticized defensive midfielder did well enough to get back on the fast Everton midfielder, but was swept off the ball far too easily for the equaliser. 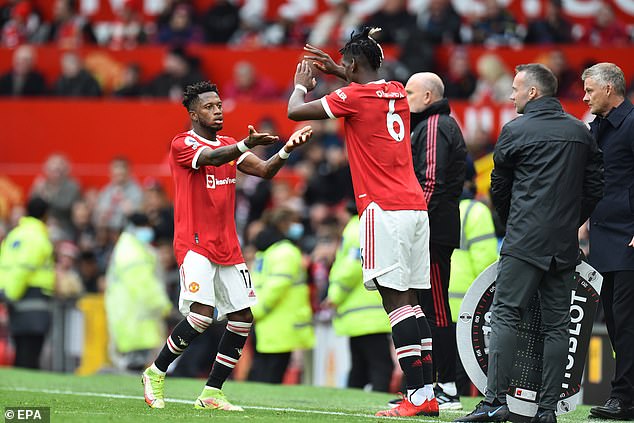 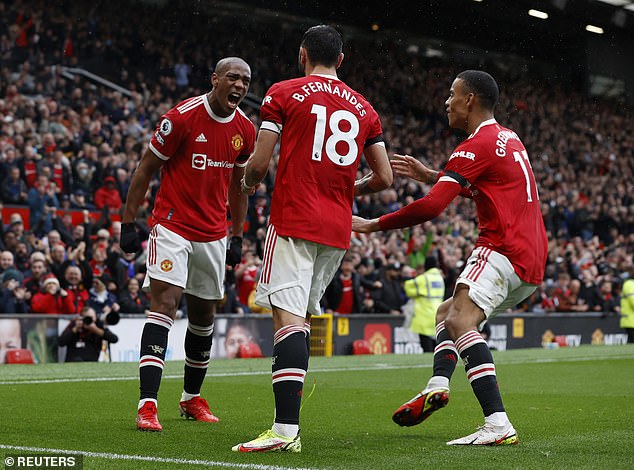 Another great assist from the Portuguese star who showed that even on days like these when he is not at his best, he is still a vital performer.

Missed a good early header, but showed his strength of character to score a great opener that silenced his critics…for now. Lack of match fitness caused him to be substituted early.

Had a great chance with a header that brought in a great save from Pickford but gave way to Ronaldo early as Solskjaer shook his attack again. 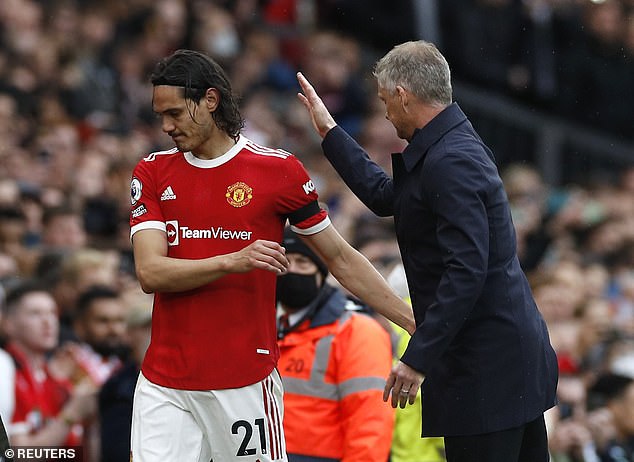 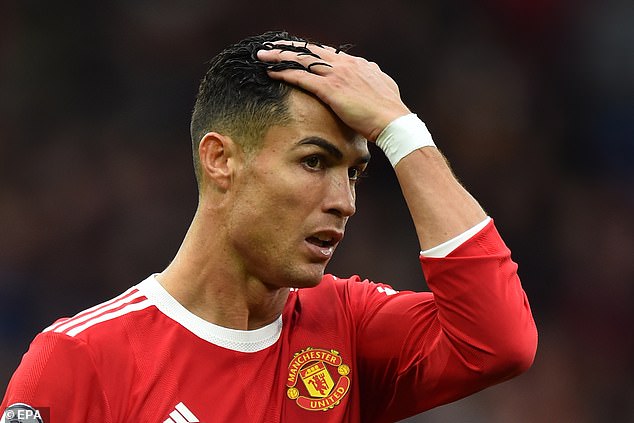 Made a great save from Cavani and undone by a deflection to the Martial target but could have been better kept out.

The young fullback will have been disappointed that United’s goal came down his flank and Sancho found a real handful when he came on as a substitute.

He held out against United’s varied and fast-paced attack and remained a threat on set. Whether it was against Cavani or Ronaldo, it was up to the task.

Came close to scoring with a great header that summed up his strong aerial display and did a good job of keeping up with United’s mobile and fast forwards.

Struggled against Greenwood on Everton’s left, especially early on, but came to rest and nearly survived, while also contributing on offense. 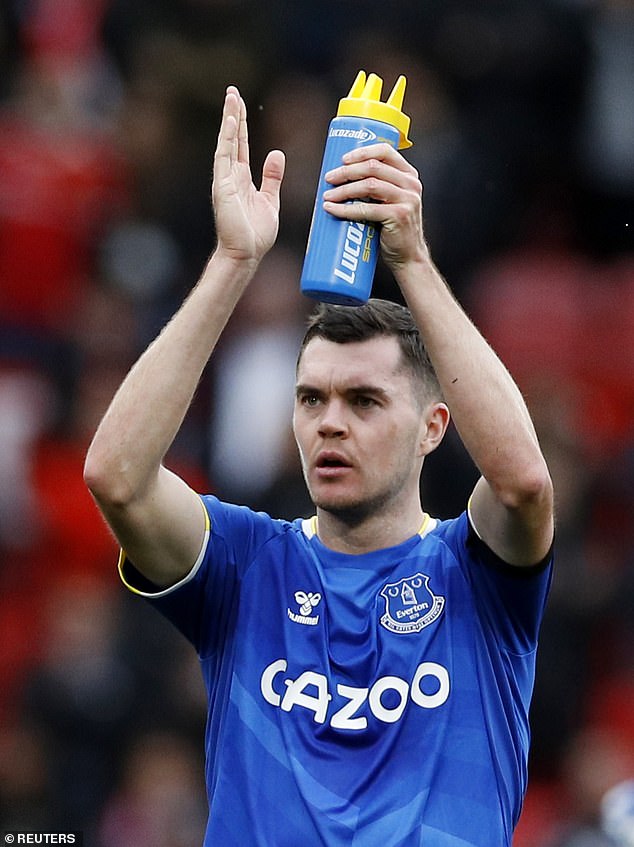 Brilliant finish for the equalizer summed up a performance brimming with confidence and attacking intent. Had a few other less successful goals.

Incredible pace of work in Everton’s engine room, but his vision and passing were just as impressive, as he showed in picking the pass for the dramatic equaliser. Booked for a foul on Bruno.

The combative midfielder liked to mix it up, with Fred and McTominay in particular. His clearance led to the equalizing goal, although his use of the ball could have been better.

The young midfielder ran nearly exhausted for 70 minutes and also managed to make a contribution in the penalty area while Everton came under pressure. 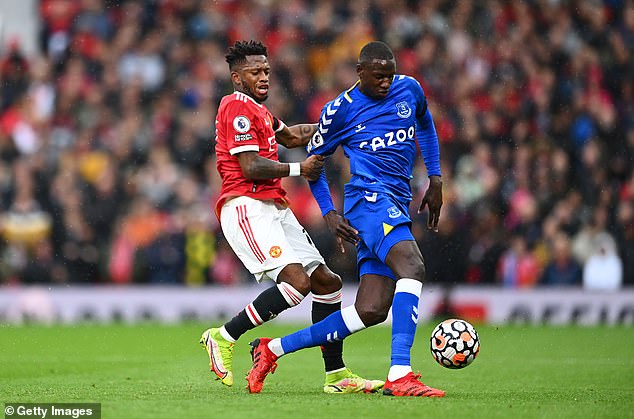 Unleashed a great long shot that was only kept away by a great dive save from De Gea. Full of running and creativity he showed for the equalizer.

Looked a bit off the pace and was in some decent firing positions only for his reluctance to let defenders get into key blocks. 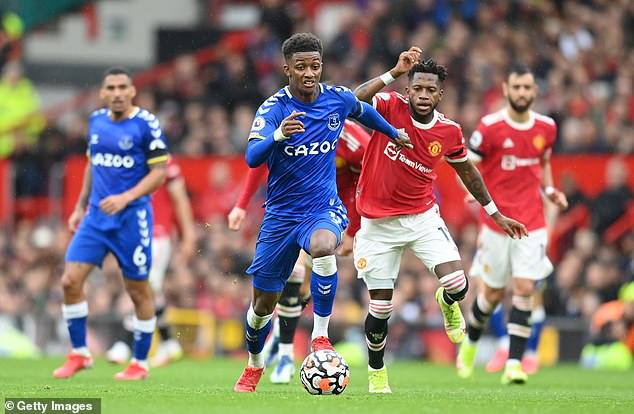