‘Pillow slippers’ are the latest in a long line of ‘ugly’ shoe styles to sweep social media – but getting your hands on a pair in Australia may be trickier than you think.

Also known as cloud slippers or cushion slippers, the deliberately “daggy” design that even appears as part of Kanye West’s Yeezy fashion line can easily be mistaken for orthopedic footwear.

But its unparalleled comfort has garnered the seal of approval from millions of people around the world.

One TikTok influencer said, “It’s literally the ugliest thing I’ve ever seen in my life, but it’s fine because I’ve never tried a more comfortable pair of shoes — ever.” 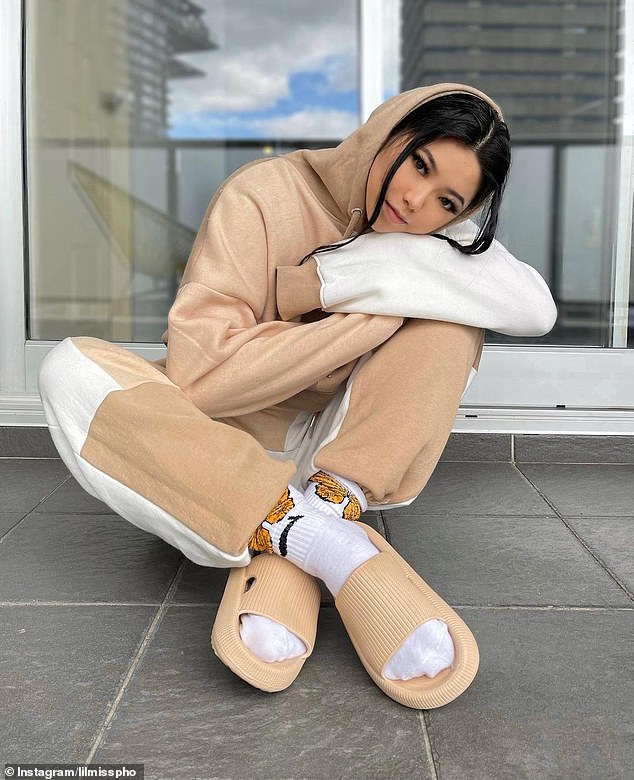 Are you going to buy pillow slides this summer?

A second said she would never get over her love of “comfortable, ugly” footwear, while a third added, “I know the world is opening up again, but please, can we never go back to heels like always?”

Lightweight and spongy, cushion slides are made from EVA, the rubbery material from which insoles are made, which supports and cushions your feet as you walk.

They are non-slip, making them ideal for the beach or pool in the summer, and can be worn with socks in the winter to keep warm.

There are a wide variety of styles on the market, but the creme de la creme comes from the original Pillow Slides brand. 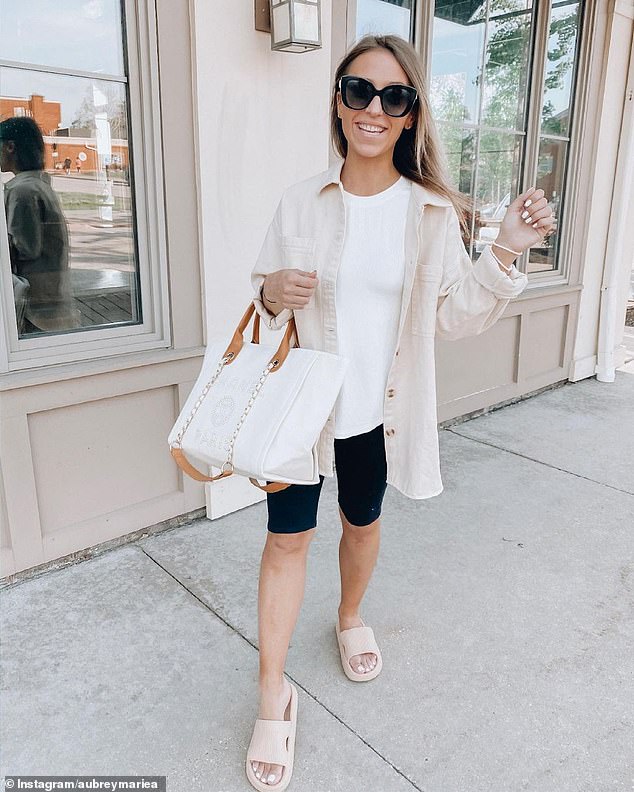 Lightweight and spongy, the slides (pictured) are made of EVA, the rubbery material from which insoles are made, which supports and cushions your feet as you walk 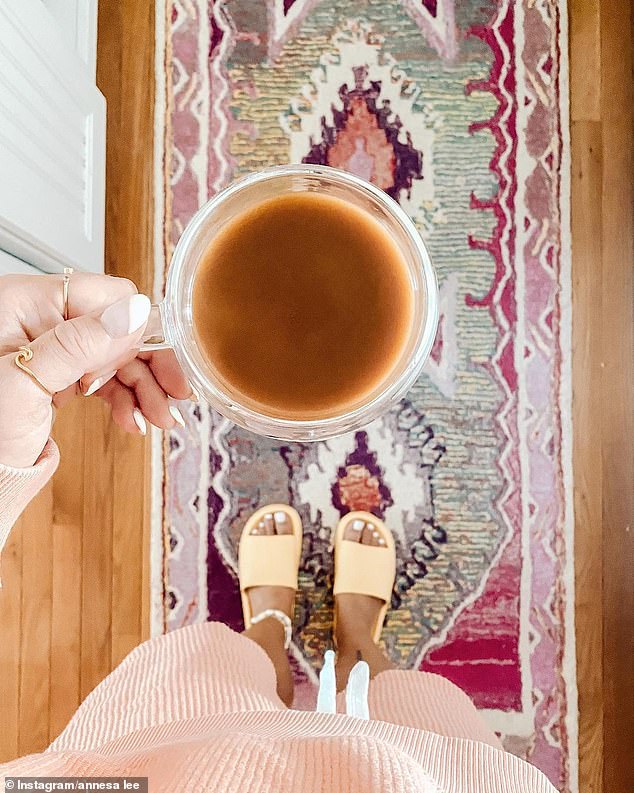 A description on the website says sliding your feet down the slides feels like ‘gliding into heaven’ – and you’d hope so, as a single pair will set you back $95 (AUD).

Most buy significantly cheaper versions from Amazon, but this hits Australian shoppers with a $20 international shipping cost.

The most affordable local option is a $19 pair from Dick Smith, which offers a range of colors including pink, orange, yellow and black.

Australian shoe retailer Platypus also stocks neutral shades from Itno, but these are more expensive at $59.99 a pair.

It is not the first time that an ‘ugly’ shoe has caused a furore in the global fashion scene. 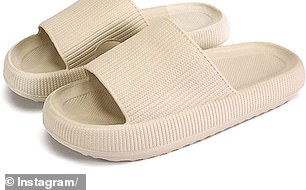 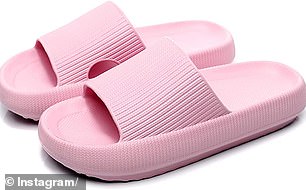 There is a wide variety of styles on the market, but the creme de la creme comes from the original Pillow Slides brand 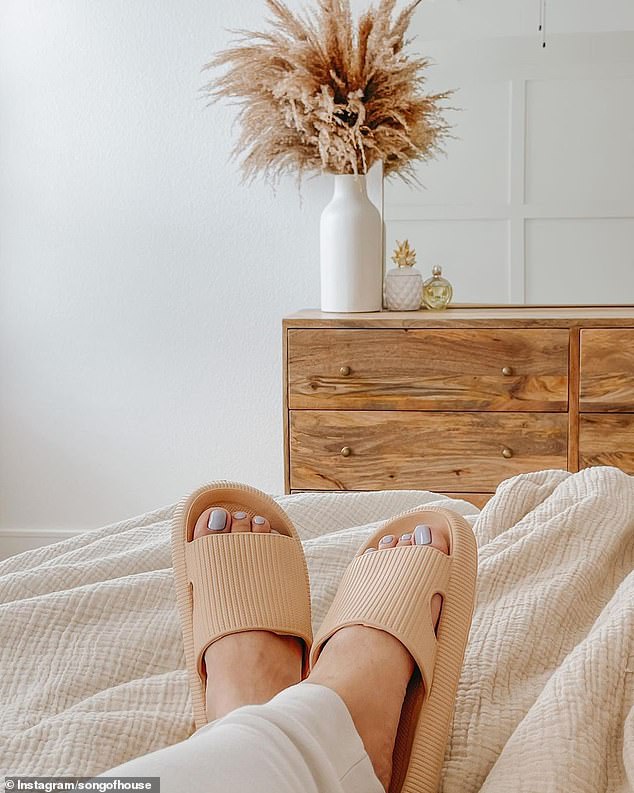 A “horrible” shoe once dubbed a “plastic hoof” by an influential fashion journalist dominated the Australian shoe scene in the first half of 2021.

Love them or loathe them, Crocs sales increased 430 percent between January and July compared to the same period last year, according to The Culture Index, a trend report from the designer streetwear marketplace, StockX.

The report, which analyzed the performance of leading brands on a platform used by 30 million shoppers in 200 countries around the world, shows an unprecedented rise in demand for the slip-on sandals with a dubious reputation.

Time magazine fashion consultant Tim Gunn once compared Crocs to “plastic hooves” that “cannot be taken seriously,” while a Washington Post article described them as “horrible.” 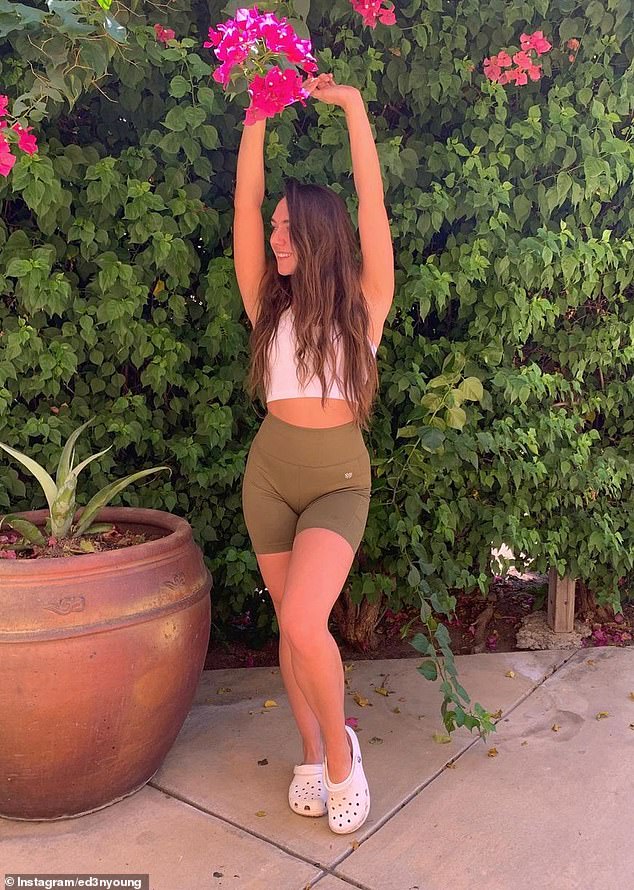 Costing anywhere from $89.99 (AUD) for classic styles to $740 for custom collaborations, the shoes saw the third-largest sales growth of any brand, behind only Birkenstock and French fashion house Louis Vuitton.

Birkenstock was up 610 percent, while sales of Louis Vuitton sneakers shot up 440 percent.

The transition to comfortable footwear over the past 18 months is widely attributed to Covid lockdowns, when millions traded fashionable shoes for something that just felt better.

But on purpose, “ugly” shoes had been given the sartorial seal long before the pandemic broke out. 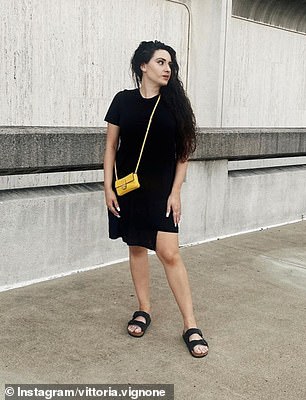 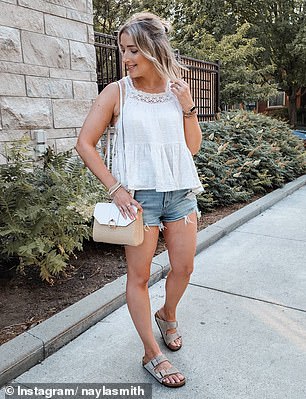 Chunky hook and loop platform sandals that once gave the fashion industry shivers have been named the “must-have” shoe of 2020.

In a rare combination of fashion and functionality, style insiders made shoes often worn by long-distance hikers and middle-aged fathers the perfect accessory for skirts, jeans, jeans and dresses.

Chanel gave the style its prized seal of approval in 2019 by releasing $1,250 (AUD) hook-and-loop sandals in a rainbow of colors, including black, purple, pink and cobalt blue, which can be seen on some of the biggest names in fashion.

British model-turned-designer Alexa Chung wore a black pair in 2019, while Italian Instagram queen Chiara Ferragni styled a purple pair with pink cargo pants and a floral top during lockdown in her Milan penthouse in March 2020. 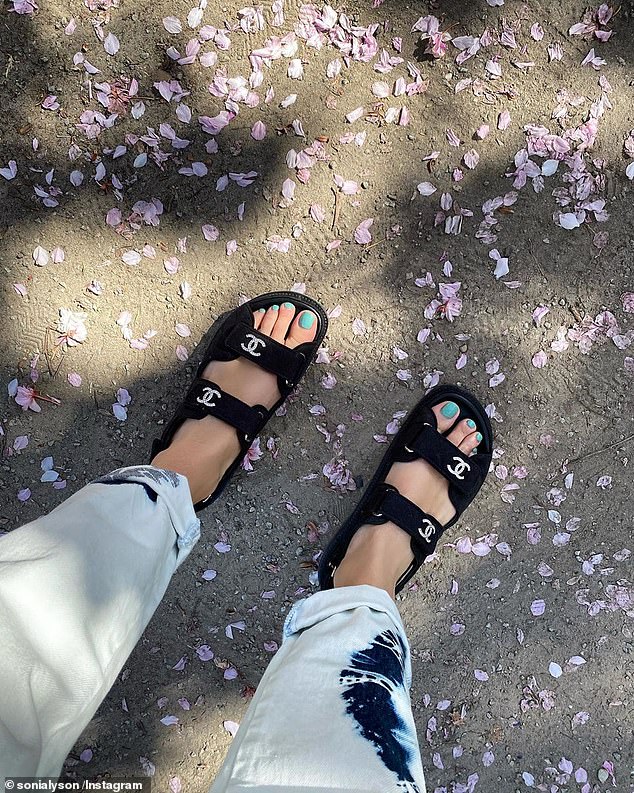 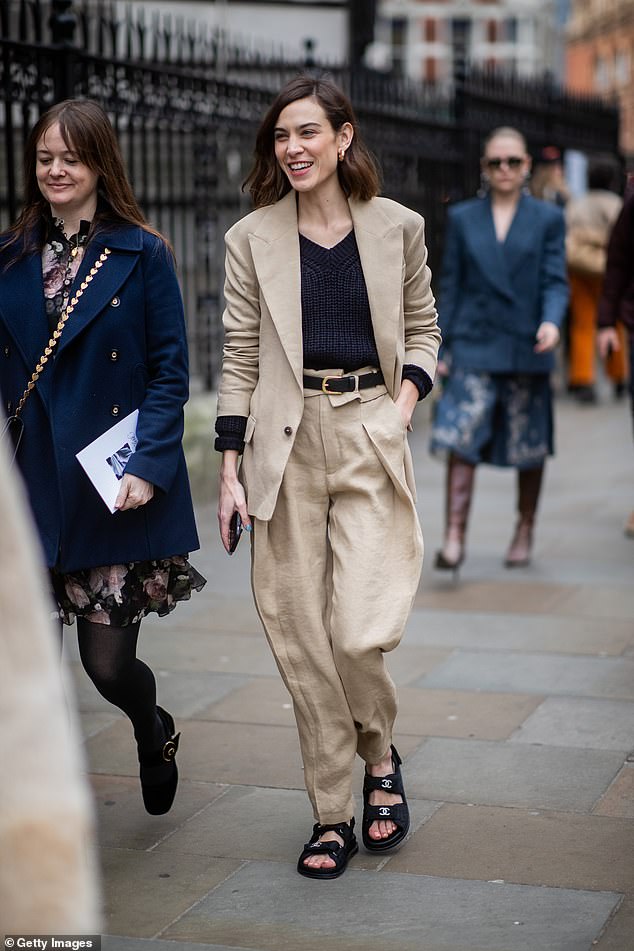 Online fashion magazine L’Officiale called Chanel’s ‘dad slides’ the ‘must-have’ of 2020 while Hey! praised them as the ‘unexpected summer hit’ of the year.

The trend for “ugly but cool” sandals began with the comeback of Birkenstocks in 2015, whose ergonomic design has become a cult classic for fashionistas for nearly two and a half centuries since its founding in Germany in 1774.

But it wasn’t until November 2019, with the spectacular resurrection of popular but ‘daggy’ Maseurs, that ugly sandals really exploded in Australia.

Chemists and online retailers stocked up on the sensible slip-ons, and thousands of millennials took note and flooded Instagram with carefully curated photos of the $56.99 shoes. 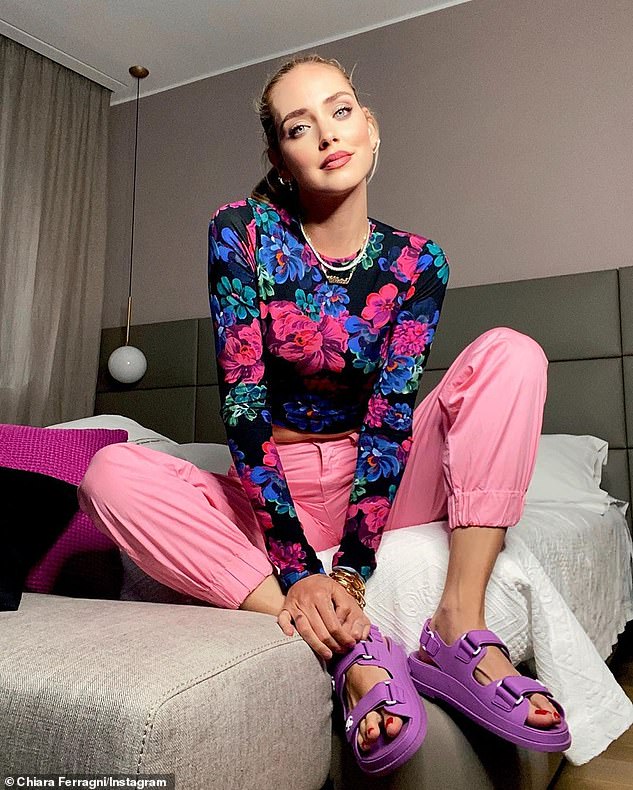 Mr. Eber claimed that many “aches, pains and circulatory problems” were related to nerve endings in the feet, and he made it his mission to design a shoe that would alleviate these problems.

The sandal positions the feet correctly to relieve pressure on the knees, hips and back – just like a built-in physiotherapist – and while once thought of as a ‘father’s shoe’, it’s now a stylish statement piece, just like the Birkenstock.