By Ian Herbert for The Daily Mail

British track athletes called for more Paralympic sports competitions after winning silver in the mixed relay, which turned out to be one of the hit events of the Tokyo Games.

The event sparked a huge backlash on social media after the US won, followed by China, who were later disqualified for a breach between the switchovers. 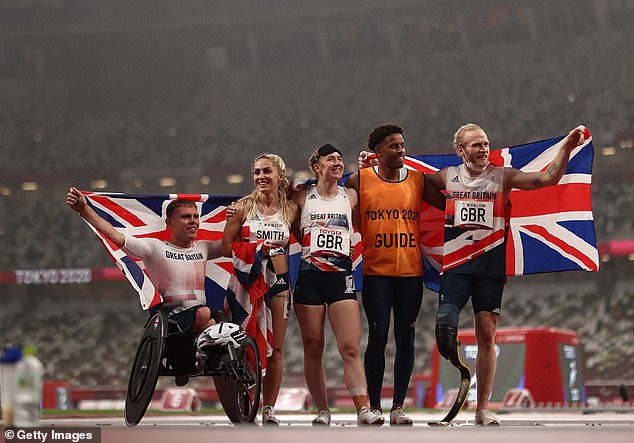 Peacock and Maguire both said it advocated greater integration.

Peacock stated that the response to para-athletes when stadiums were full was even greater than that for able-bodied participants, but there was still a reluctance to include this sport in the athletics calendar.

Maguire said: ‘We need more races. I am very lucky that when I get home I will participate in the Zurich Diamond League. They have organized a wheelchair race. But it is a symbolic event of the year. I race it every year. But other than that I don’t get any competitions through Europe.

“If you put it more in front of people’s eyes, more people will support it and also be on a level playing field with the Olympics.”

As expected, Clegg made this the last race of her Paralympic career. GB’s relay silver was one of six athletic medals, including gold for Jonathan Broom-Edwards in the high jump.

Games debutant Owen Miller, 29, came out of fifth with 400m to go and overtook Russian Alexandr Rabotnitskii in the final corner to win his 1500m standings.

Richard Whitehead took silver in the 200 meters, while defending champion Hollie Arnold could only take bronze on the F46 javelin. There was also bronze for Hannah Taunton in the women’s T20 1500m.