OLIVER HOLT: The click of the turnstiles at Stockport County was the sweetest melody

We have lost our major sporting events one by one during the pandemic. We watched them disappear, as we may have seen streetlights go out one after the other along a large avenue until only darkness remained. Amid all the loss and pain caused by Covid-19, the great escape of sport – from watching and playing – was also taken away.

Gradually the lights come back on. I went to a test match last weekend for the first time in 18 months to see England and India at The Oval and while the teams put on a nice spectacle the best thing you get was the crowd buzz you get on the big ground at the big occasions and the sight of both sets of fans happily mingling as they streamed down the Alec Stewart Gates by tree stumps.

I was also in a football crowd for the first time in 18 months, as a fan, when Stockport County played Grimsby Town at Edgeley Park 10 days ago. Walking through a turnstile and hearing it click and turn sounded like the sweetest melody. There were more than 6,000 fans for a match in our fifth level. The end was packed and lavish. It was raw and beautiful. 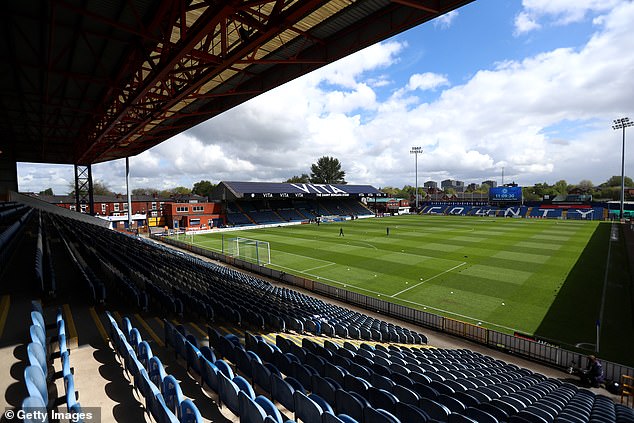 As summer turns into autumn, it feels like spring in British sport. It feels like a rebirth.

Emma Raducanu is a story for all ages in New York, Cristiano Ronaldo made an emotional return to Manchester United, Anthony Joshua will defend his world heavyweight title in a fortnight and the Test series had reached a climax before Friday’s shenanigans.

There is a rush to re-embrace the sense of belonging that sport brings us. That sense of community—among spectators and participants alike—rises to its peak in the mass-engagement running events that have been reinstated as one of the last things on the calendar. One of the brightest lights will come back on Sunday as the 40th Great North Run takes place in Newcastle.

To some of us this will feel like the greatest sporting restoration of all, the most uplifting symbol yet of hope that a return to something we once knew as normal is possible. 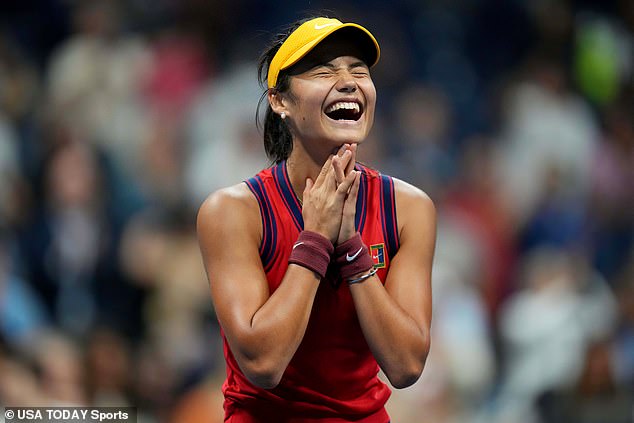 More than 57,000 people will run together in the largest half marathon in the world through the streets of the Northeast and the joy, for more than 56,000 of us, will be not to win, but to be part of a community again.

Running is so special, no matter how fast or slow you do it. You are always running somewhere, always striving to get there, always challenging yourself, always finding solidarity with people running towards a shared destination. And all the time cheered and encouraged by thousands of people who don’t know you.

It works wonders for your view of humanity and at a time when so many people struggle with their mental health due to restrictions, it feels like events like the Great North Run and next month’s London Marathon are more important than ever before. 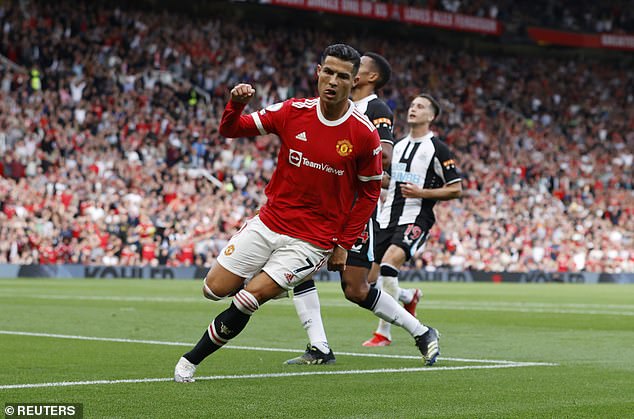 Cristiano Ronaldo made a great return to Manchester United, scoring twice against Newcastle

This weekend, in line with the Great North Thank You campaign, the Great North Run will be started by four NHS staff, including Dr. Mickey Jachuck, a cardiologist and clinical director of South Tyneside and Sunderland NHS Foundation Trust, who has become an evangelist as an exercise.

“I’ve always been pretty athletic,” he says, “but I didn’t really see the point of running. I didn’t care. Then, during the lockdown, I did the “Couch to 5k” and I really enjoyed it. I lost weight and felt a bit fitter. I started running more and used those blocks of time that we were allowed to exercise. And it helped me cope with the things I saw and experienced at work.

“I realized that people are very happy to take pills or have surgery to improve their health, but the perfect treatment is something that would work, that would be effective, that would have relatively few side effects and would cost nothing for anyone would reduce heart disease and stroke and improve mood, concentration and a sense of well-being.

‘And that’s practice. Mass participation events like the Great North Run are one way we’re all trying to get back to normal.” 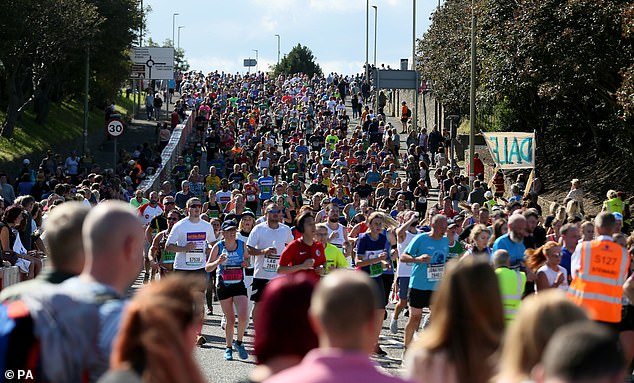 Thirteen people from all walks of life, people who have volunteered to support their community during the pandemic — a city worker, a teacher, a fundraiser, a sports coach, a grocery store worker — will be featured on billboards every mile along the trail to emphasize that they are the people celebrating the run this year.

The return of the event and its 40th anniversary is also a triumph for Sir Brendan Foster, the founder of the Great North Run and one of the most enduringly popular and influential figures in British athletics.

He got the idea for the event when he and David Moorcroft took part in the Round the Bays race in Auckland, taking the model from a run that goes from the city to the sea.

It was an extraordinary success, a race that has become one of the staples of the national sporting calendar and a source of great regional pride for the Northeast. 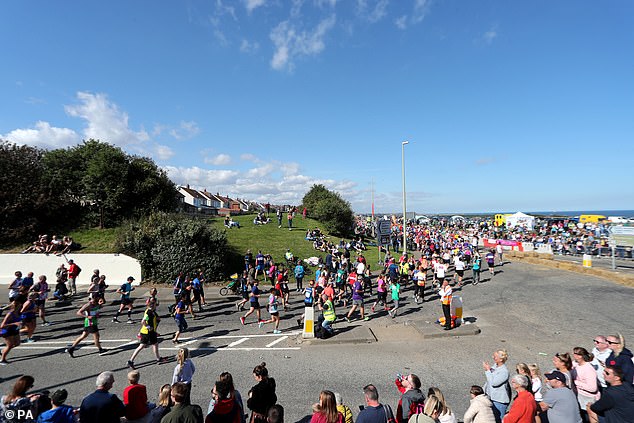 ‘Since the beginning,’ says Sir Brendan, ‘the last mine in the region has been closed and the last ship built on the Tyne. The Great North Run has been a constant as the region around it has changed.”

One of the best moments in these mass participation events, anywhere in the world, is the point on the Great North Run where after 18 miles you climb the hill and see the glittering North Sea stretch out in front of you, knowing the Coast Road and the finish in South Shields is not far ahead of us.

A temporary change in route, to avoid overcrowding, means the run will head back to Newcastle before reaching South Shields, but the compensation is that runners will cross the Tyne Bridge twice instead of once.

The new finish, like the huge effort to organize this year’s race, will be an uphill battle, but participating has never been more important or rewarding.

The halting or postponing – whatever it turns out to be – of the highly anticipated fifth England-India test at Old Trafford on Friday was less a product of the damage Covid-19 has done to the game and more a sign of a sport that causes untold damage to himself with the greed that comes with trying to cram too much into his calendar.

It has come to the point where England can no longer field their first-choice Test team due to the competitive demands of white-ball cricket, where fans no longer know if a match they’ve anticipated for years will actually take place and where some of the best cricketers, such as Ben Stokes, feel the need to distance themselves from the sport because of the strain on their mental health.

Like football, which is currently trying to force the biennial World Cup, its greed for money is destroying it. 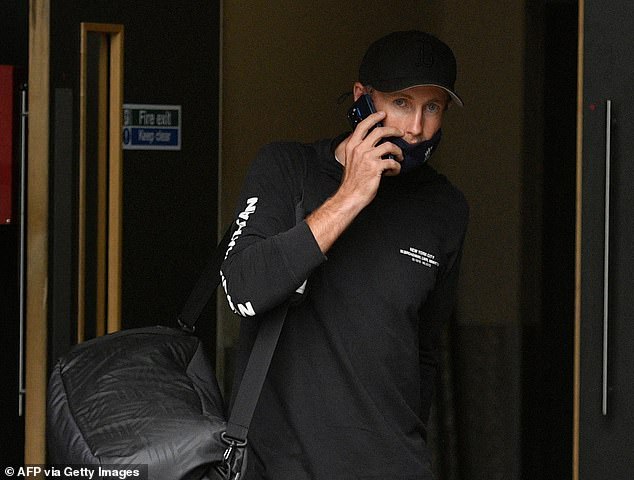 Despite the relentless attempts by elements of BBC radio to alienate older listeners – ie. anyone out of diapers – it has had the foresight to retain the services of some pretty brilliant radio commentators.

This was especially apparent last week to those who alternated between Isa Guha’s evocative descriptions on Test Match Special during the Oval Test and Gigi Salmon’s masterful painting, as she highlighted Emma Raducanu’s latest adventure in Flushing Meadows.

Both make sports a joy to listen to. 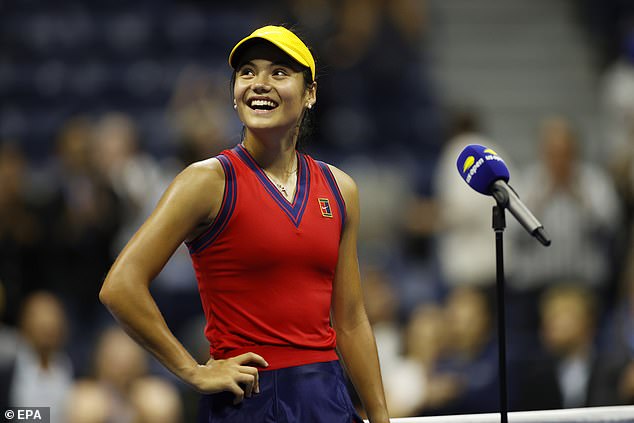 Sports has been a joy to listen to lately, thanks to some brilliant radio commentaries

Sneaking in darkened Mercedes, the rebellious stars in their Croatian hideout