Novak Djokovic has admitted he only has ‘to some degree’ tolerance for crowd noise on the track after berating a fan who repeatedly tried to disrupt his game.

The Serbian icon stormed into the third round of the US Open on Friday with a straight-set win over Tallon Greekpoor, and kept a cool head despite some unwanted distractions.

A heckler on the side of the court made it his mission to stop Djokovic on his march to a Grand Slam on the calendar, screaming at key moments to beat the world’s No. 1. 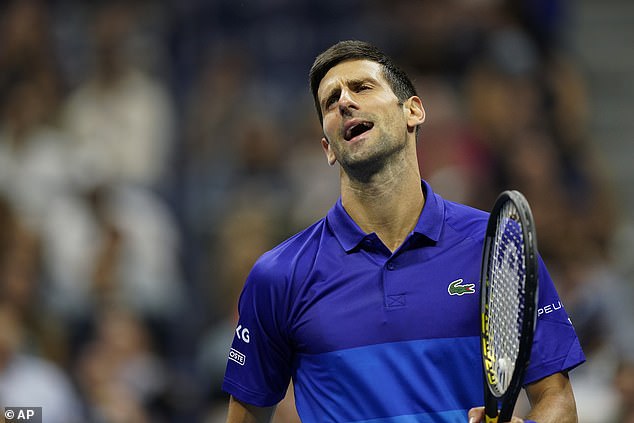 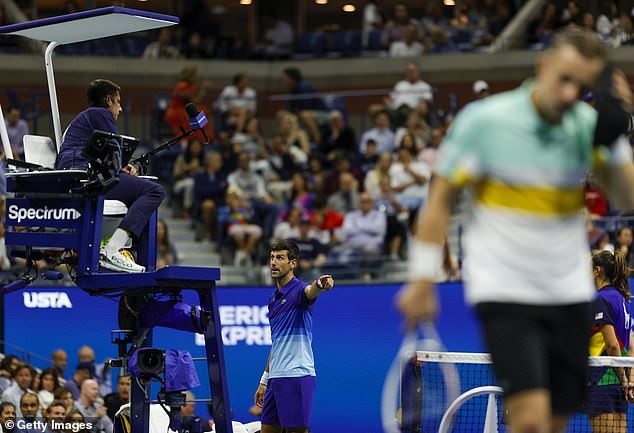 Djokovic was ready for an overhead smash at one point, but the strange fan’s screams threw him away and the opportunity was missed.

The 34-year-old took a vengeful look at the offending fan after taking the first set 6-2, but the horrifying behavior continued until Djokovic finally complained to the referee.

“When tennis players talk about that, someone who watches team sports says, ‘What a spoiled brat,'” the Serb said, trying to stay ahead of criticism.

“But it’s a different sport. Look, there is a lot of noise in the stadium, especially in the nighttime sessions. I do not mind. 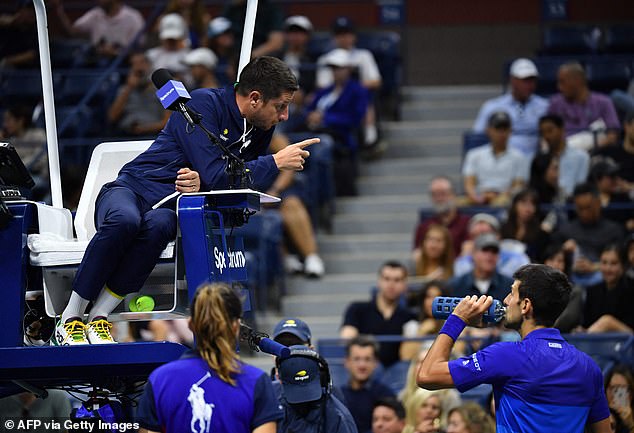 Djokovic gave the fan a fierce look after the first set, but later had to call in the umpire 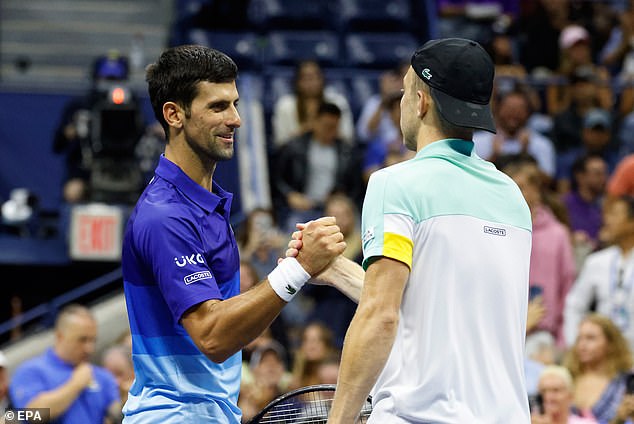 “Even during the point, sometimes people just scream out of excitement or they release a sound or whatever, sigh, whatever you call it. And that’s fine.

“That guy in particular was screaming for some reason just before I was going to hit my smash, which was a big point. Before that, he did it a few times. Then again.

‘That was not fun. That’s all. I don’t mind the sound. Do not get me wrong. I think it’s important for the entertainment, for the crowds, for the music.

“The man I pointed to, he knew exactly what he was doing, and that’s all.”

Djokovic is on track for the Calendar Slam after winning the Australian, French and British Opens this season so far.

He will play the number 56 of the world Kei Nishikori in the third round on Saturday.