Forensic experts will use groundbreaking DNA technology on the fragmented human remains of the unidentified 1,109 victims at the World Trade Center in hopes of closing their families as the 20th anniversary of the 9/11 terror attacks approaches.

The technique called Next-Generation Sequencing, or NGS, uses a device the size of a desktop printer, which analyzes different DNA components than long-established methods – instead of using a cell’s nucleus, the machine looks at genetic materials contained in mitochondria.

While experts have said some of the remains have been rendered unidentifiable by the damage they sustained, the new technology could identify samples that could not be analyzed before.

Currently, the unidentified 7,882 fragments of the victims are stored in a 2,500-square-foot warehouse on the floor between the two footprints of the Twin Towers at the National September 11 Memorial Complex — a total of 21,906 fragments were recovered. 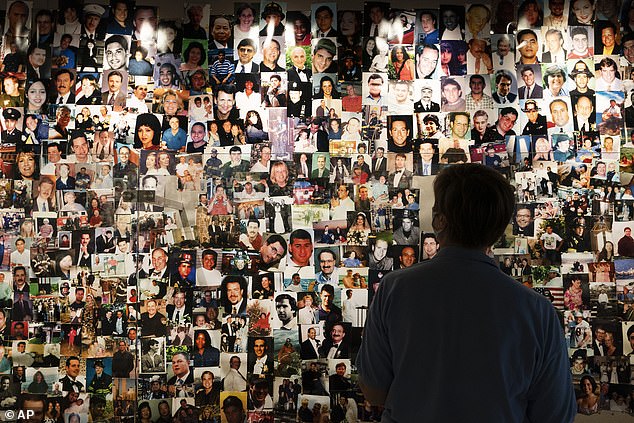 Of the 2,754 victims of the September 11 attacks, the remains of 1,644 have been identified – Michael Haub, a member of FDNY’s Ladder Company 4, was the last identified victim in 2019

Mark Desire, chief of the Chief Medical Examiner’s Missing Persons and Body Identification Division, told Newsday that his office could begin using the process by the end of the calendar year.

The technology is already being used by the Department of Defense, which since 2016 has identified the remains of hundreds of World War II, Korean War and Vietnam War veterans. 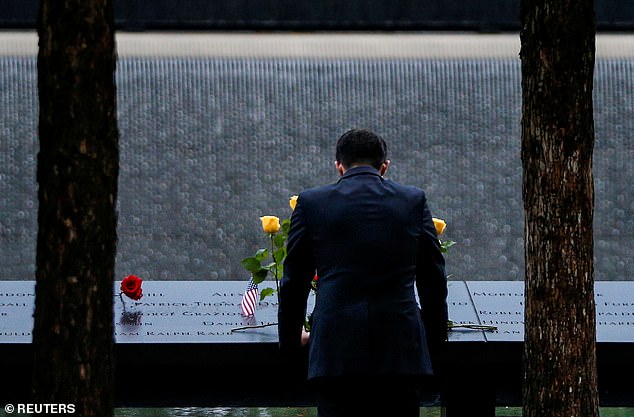 Mark Desire, head of the OCME’s missing persons and bodies division, told Newsday that his office could begin using the process by the end of the calendar year. The announcement comes days before the 20th anniversary of 9/11. 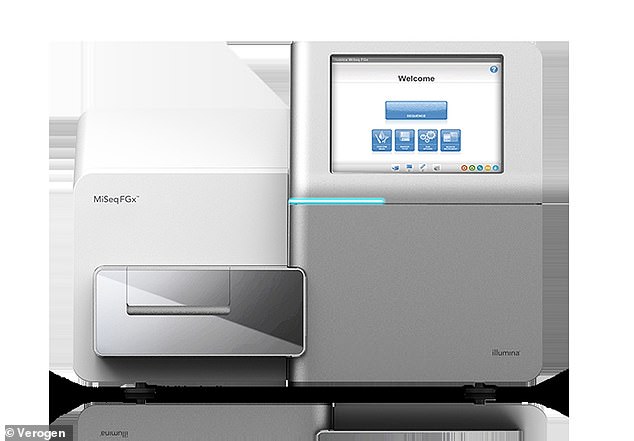 The new NGS system uses a device (shown), about the size of a desktop printer, that analyzes different DNA components than long-established methods.

The OCME staff has worked hard to provide “the highest level of care, security and the safest environment for the remains,” Desire said.

“Under the professional auspices of OCME, the repository provides a dignified and reverent environment for the remains to rest – temporarily or forever – while work to identify the victims of 9/11 continues,” the memorial’s webpage reads.

Most of the remains housed there are bone fragments, some of the most difficult materials to extract DNA from. Those that were not destroyed were severely damaged by the force of the collapse of the buildings and exposure to fire and jet fuel.

Mitochondria, the component of DNA being analyzed using the new technology, are very numerous, increasing the likelihood that they will still be intact in damaged forensic material.

The machine then uses magnetic probes specific to DNA from the mitochondria to “amplify” them into clusters of millions of identical copies for photographic purposes.

Scientists then use the same enzymes living things use to make DNA naturally to add missing bases painted with bright colors, allowing researchers to “read” the genetic material.

“An even better analogy would be to take five different cake batters, twist them into one cake pan, eat the cake and distinguish the flavors just by eating it,” said Jonathan Kui, DNA lab supervisor at the OCME, to Nieuwsuur.

He said NGS can process as many as 30 samples at a time, compared to one using older methods.

The results can then be compared with more than 17,000 reference samples from victims’ relatives and personal effects.

Neither the OCME nor the press departments of the National September 11 Complex responded to DailyMail’s requests for comment at press time.

“We feel a sacred obligation to continue our work,” Barbara Sampson, the city’s chief medical examiner, told the newspaper. New York Times in 2018. 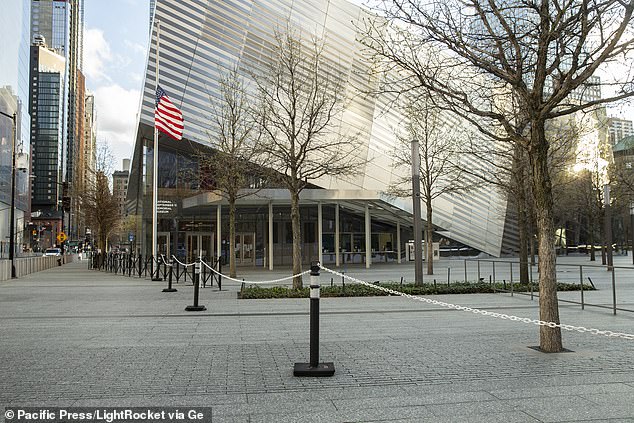 Currently, the remains are stored in a 2,500-square-foot warehouse on the rock between the two footprints of the Twin Towers, at the National September 11 Memorial & Museum (pictured) 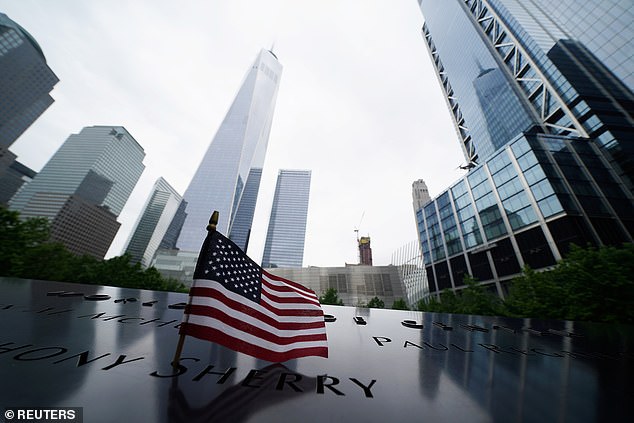 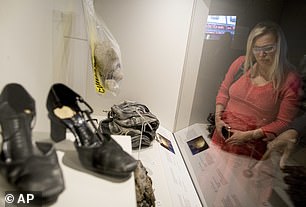 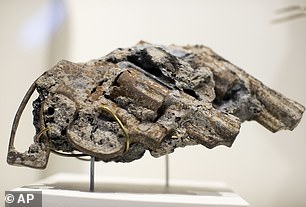 Pictured are two magnum revolvers inlaid in molten concrete, on display in the 9/11 Tribute Museum (right) and other artifacts recovered from the site of the 9/11 terror attacks (left)

In the past 20 years since the attack, 48 victims have been identified using dental x-rays, 15 were identified by others viewing their corpses, seven were named using objects and clothing on their person, 33 using fingerprints, 9 using of photos and 3 using other methods, according to the September 11 Families Association.

The lion’s share, no less than 800, has been identified with the help of DNA tests.

Other indicators, such as tattoos and personal belongings, were combined with DNA testing to get a positive ID for 633 victims.

The OCME started training to use the new technology in 2018, but COVID-19 delayed the approval process.

“As a forensic scientist, you are trained to be neutral and unbiased,” Desire told the newspaper in 2018. New York Times.

“But with the World Trade Center investigation it’s a different kind of thing and when you meet the families and the hugs and the thank yous, it gets emotional for them and it really helps with that drive to keep improving that process.” 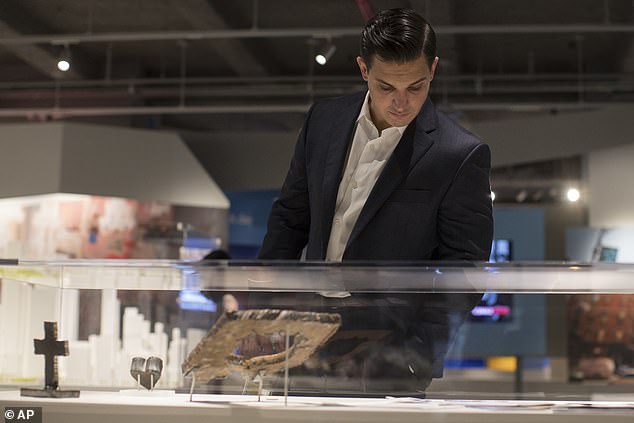 Currently, unidentified remains of the victims of 9/11 are stored in a 2,500-square-foot repository on the rock between the two footprints of the Twin Towers, at the National September 11 Memorial & Museum. 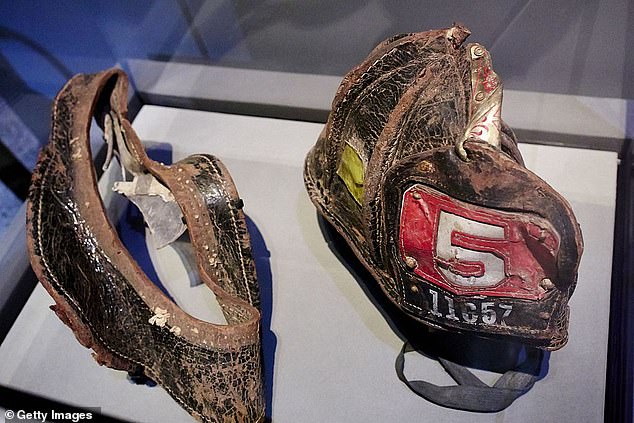 Of the 2,754 victims of the September 11 attacks, the remains of 1,644 have been identified – Michael Haub, a member of FDNY’s Ladder Company 4, was the last identified victim in 2019 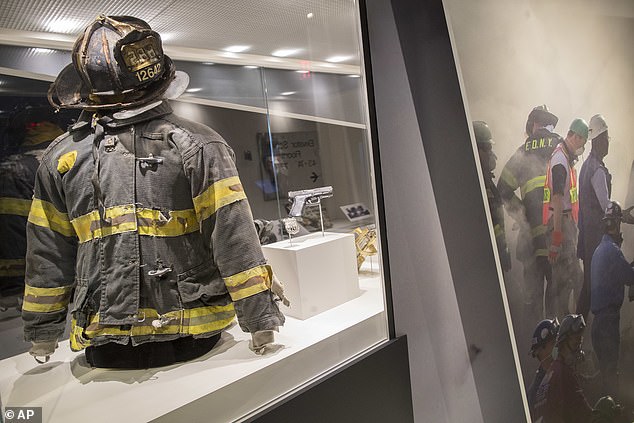 Firefighter Jonathan Lelpi’s helmet and turnout jacket and John Perry Police Station decal and pistol, both killed in the September 11 attacks, on display at the 9/11 Tribute Museum 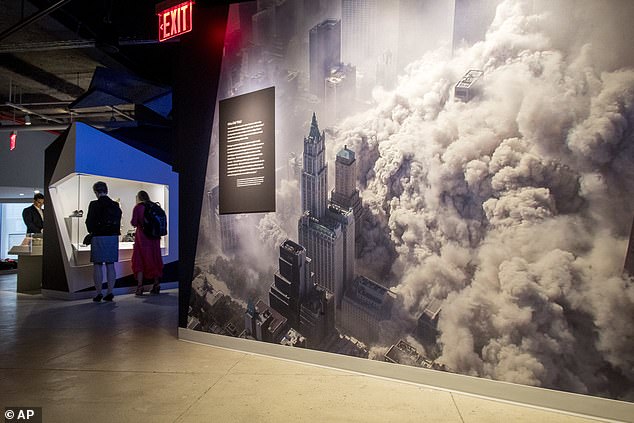 ‘Will it solve all cases? Probably not,” McMahon said. ‘But even if it leads to 20 percent identification, that is significant. You end someone’s family with this.’

Rosemary Cain of Massapequa, New York, whose firefighter’s son, George, died in the Twin Towers, said she received some remains but would welcome more.

“If there’s even the smallest bite of my son, yes, I want him back. It’s mine,” Cain told Newsday.

Any victim’s family may choose not to be notified if their loved one’s remains are identified.

However, a Long Island woman in Nassau County who lost her husband in the attack told Newsday that she was “not” [be] totally against.’

A late identification, she said, would allow her to host a much-anticipated funeral.