Sheree Sutcliffe of Rockhampton in Queensland shared the recipe online after photos of the delicious crowd pleaser went viral.

The ‘next level’ snacks are easy to make and bake in just 15 minutes, so they’re perfect for unexpected guests with hungry kids. 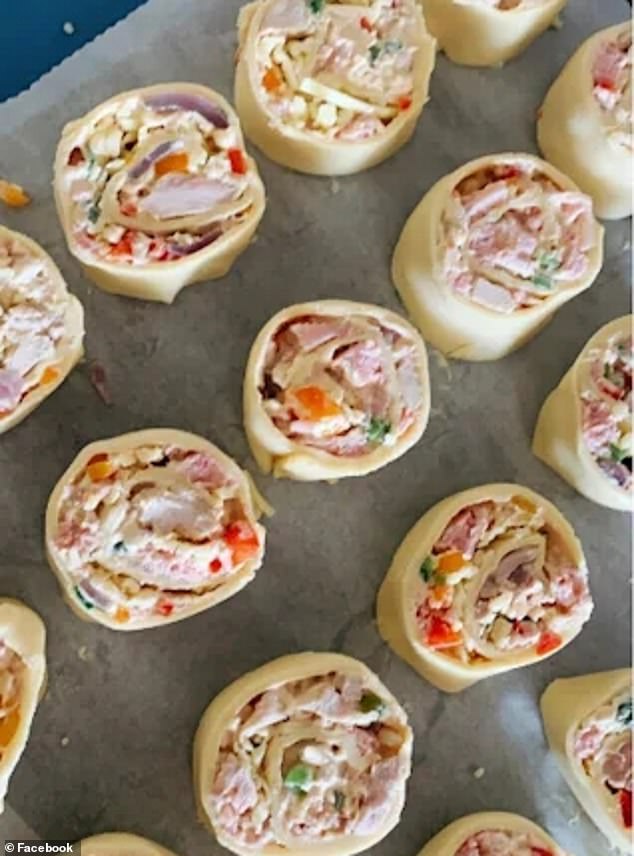 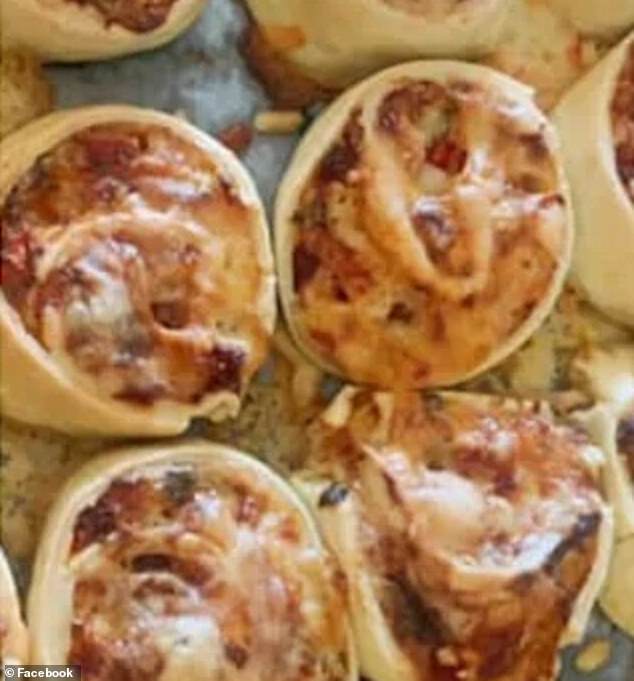 “You can’t post something so delicious and not share the recipe,” one woman wrote next to the photos, following dozens of other mothers.

The mom, who often shares recipes on Facebook, was happy to oblige and posted details in the comments.

The recipe calls for diced chicken, onion, bell pepper, and shallots, as well as a French onion soup mix, cream cheese, and pastry.

Sheree cooks the chicken, onion, and peppers together in a pan.

She then mixes the shallots, cream cheese and French onion soup in a bowl.

She added the chicken to the mixture once it had cooled. 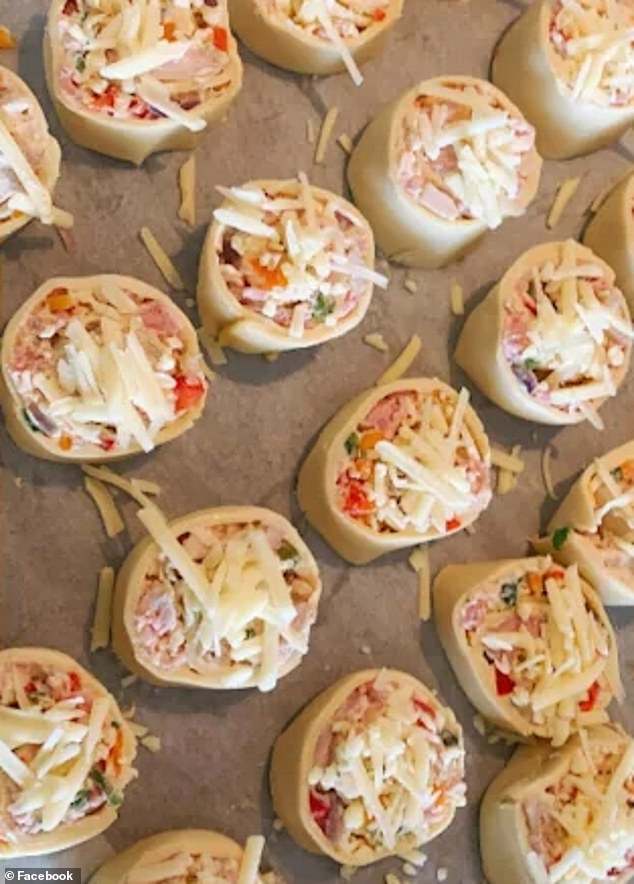 The ‘next level’ snacks are easy to make and bake in just 15 minutes, so perfect for unexpected guests with hungry kids

HOW CAN I MAKE CREAMY CHEESE PINWHEELS?

Cut the bell pepper, onion and chicken into small cubes.

Cook the chicken in a pan before adding the bell pepper and onion. Keep cooking until the onion is soft.

Set aside and let cool.

Combine the cream cheese with the sliced ​​shallots and the French onion soup mix.

Spread the creamy chicken mixture over a puff pastry. Roll up tightly and cut into cogs.

Sprinkle with grated cheese. Bake at 220C until golden brown.

She then spread it evenly over some puff pastry before rolling up the sheet and cutting it into cogs.

Cook until it’s a nice golden brown,” she said.

“Gosh, these look good, thank you,” one mother said, happy to have another snack recipe to try at home.