Video footage captured the dramatic moment a suspected thief was pinned to the ground by a police dog after trying to flee from officers.

Police were on the scene when three men got out of a van late at night on September 4, carrying gloves and crowbars, and the suspects were handcuffed and searched as one of them ran away.

Bodycam footage shows the suspect, dressed in an Adidas tracksuit, running down the street like Sergeant John Simpson and the six-year-old German Shepherd, PD Gunner, after him. 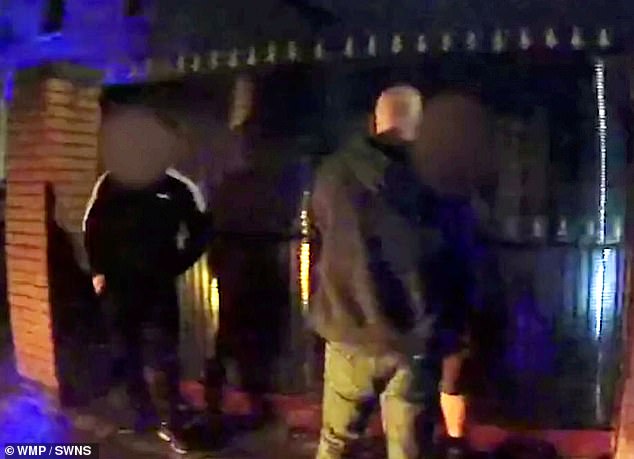 The three suspects are lining up after officers received reports of three men getting out of a van wearing gloves and wearing crowbars in Coventry on September 4. 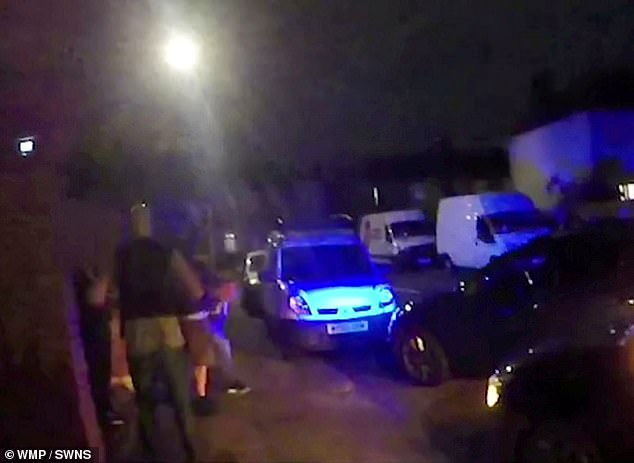 One of the suspects, who wears an Adidas tracksuit, tries to flee police officers and runs down the street

Sgt Simpson is heard yelling at a colleague to ‘grab him’ as he sprints down the street in pursuit of the suspected thief.

He warns the suspect to “stand still” before releasing PD Gunner and yelling at the dog, “Get him! Get him son!’

Just seconds later, the suspect, identified by the police officer as “Mr. Adidas,” hears swearing and screaming in pain as PD Gunner stops him on the curb.

Now pinned to the ground, the suspect continues to yell, “Get that damn dog off. The dog is on my leg!’

Sergeant Simpson then instructs the dog to release the man and immediately PD Gunner releases the suspect who is being held by another officer.

officers found two crowbars and a huge machete in the driver’s seat after the Sept. 4 incident. 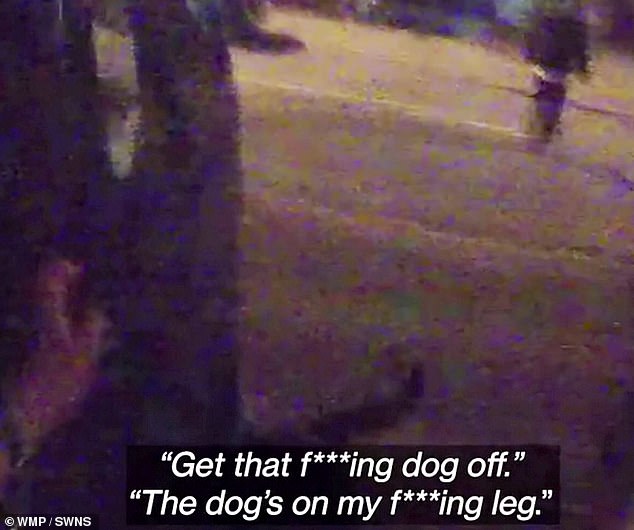 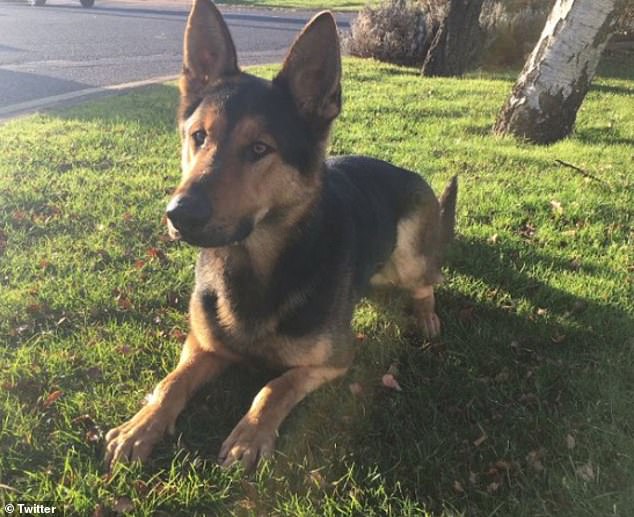 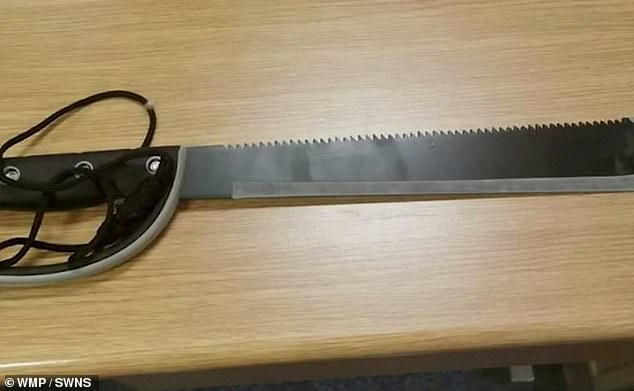 The 25-year-old suspect, who was in possession of the keys to the van, was taken to hospital for treatment for a minor dog bite.

All three men – the others aged 24 and 28 – were arrested on suspicion of possessing an assault weapon.

They have been released under investigation, while officers continue to investigate.