Mock The Week star Phil Jerrod has died of a rare cancer at age 42, while fellow comics paid tribute to the ‘kind and talented’ star.

The stand-up comedian died on Saturday with his wife Beck by his side, according to a statement from his agent.

Paying tribute to his fellow comedian today, Nish Kumar tweeted: “This is terrible news. A great comedian and a nice man.’ 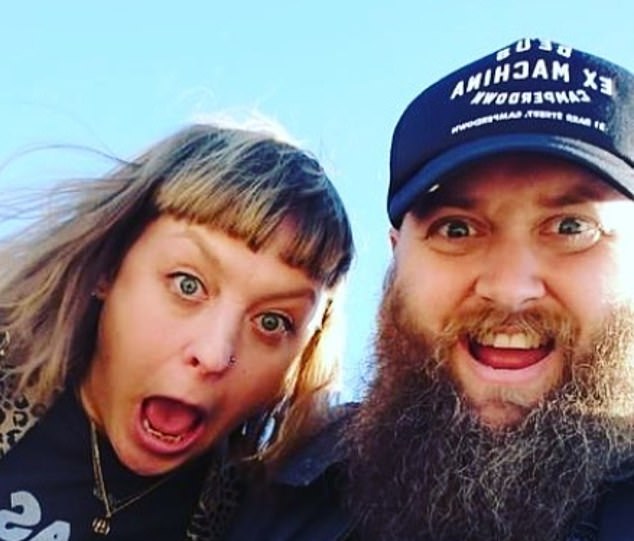 The stand-up comic (pictured) died Saturday with his wife, Beck, by his side 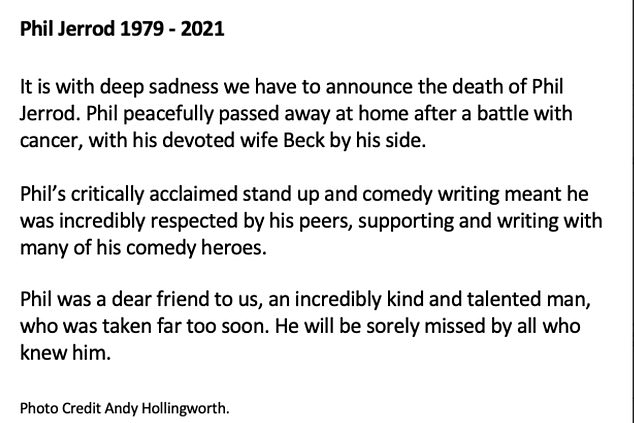 In a statement announcing his death, Jerrod’s agency, Off The Curb, said: “It is with deep sadness that we have to announce the passing of Phil Jerrod.

Phil passed away peacefully at home after a battle with cancer, with his devoted wife Beck by his side.

Phil’s acclaimed stand-up and comedy writing meant he was incredibly respected by his peers, supporting and writing with many of his comedy heroes.

“Phil was a dear friend to us, a very kind and talented man who was hired way too early. He will be sorely missed by all who knew him.’

It is unknown how long Phil has been suffering from sarcoma, a rare cancer that affects bones and soft tissues. 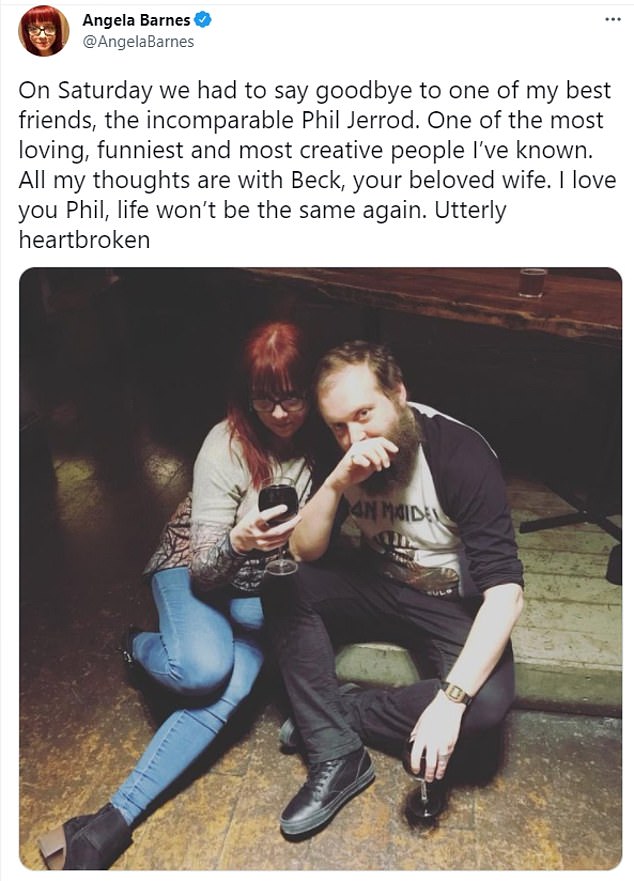 Jerrod had previously supported Channel 4’s Romesh Ranganathan on his 2016 tour, and has also accompanied Angela Barnes (pictured with her tribute) and Seann Walsh

Jerrod had previously supported Channel 4’s Romesh Ranganathan on his 2016 tour and has also joined Angela Barnes and Seann Walsh.

Barnes – who had previously started a Just give charity page Sarcoma UK – described Jerrod as a ‘great friend’.

“On Saturday we had to say goodbye to one of my best friends, the incomparable Phil Jerrod,” he said.

‘One of the most loving, funniest and most creative people I know.

“All my thoughts are with Beck, your beloved wife. I love you Phil, life won’t be the same again. Completely devastated.’

Lloyd Griffith said, ‘What terrible news. Phil was not only very funny, but he was also the nicest man you would ever meet.

“Thoughts and prayers with Beck. Cancer can rot.’