Minty clean getaway! Three crooks are caught on CCTV making off with £25,000 worth of mouthwash

Minty-clean getaway! Three crooks caught on CCTV breaking into security complex to make off with £25,000 worth of mouthwash and chewing gum

By Lauren Lewis for Mailonline

This is the shocking moment when three thieves break into a security complex and steal £25,000 worth of mouthwash.

The trio took a shipping container filled with 48 pallets of the dental products in a raid on a locked site in Stallingborough, Lincolnshire.

CCTV footage shows two men breaking through a gate before driving off with their hygienic loot.

The suspects use an angle grinder to penetrate the Stallingborough site during the April 16 break-in.

The footage shows a third man driving in a white truck cab, suspected of stolen and using false license plates, and driving through the barrier. 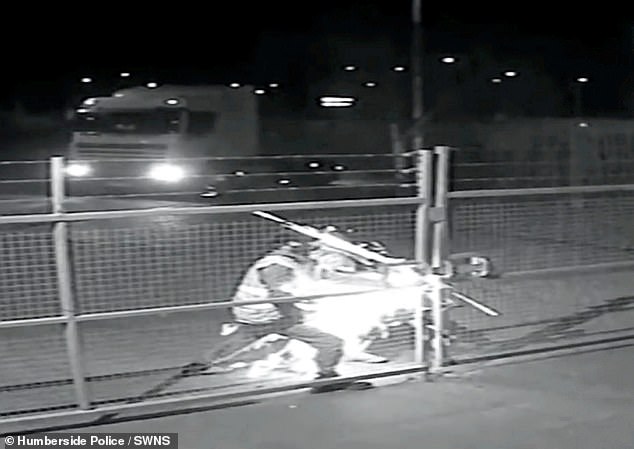 CCTV footage shows two men breaking through a gate with an angle grinder before driving off with £25,000 worth of mouthwash and chewing gum from an enclosed property in Stallingborough, Lincolnshire 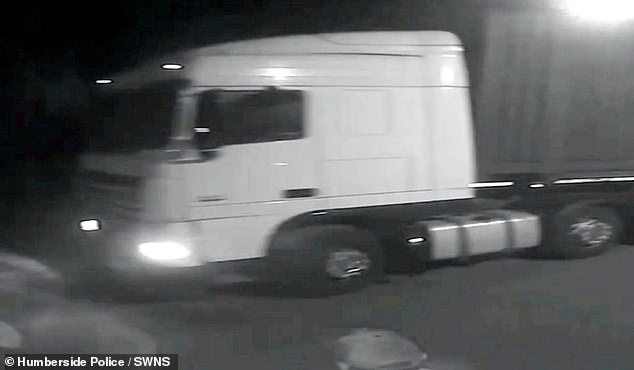 The thieves attach the container to the truck and make a break for it with their loot.

Humberside police said the gang had stolen 48 pallets containing 5,000 bottles of mouthwash and chewing gum, worth around £25,000.

The trailer was eventually found in South Yorkshire, police said.

Police are calling on anyone with information to contact them. 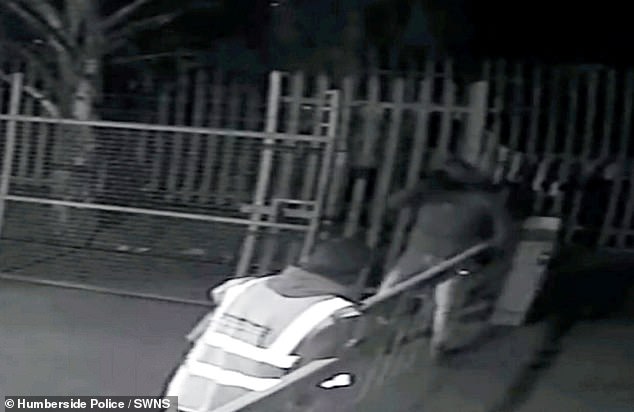 Police are looking for witnesses after £25,000 mouthwash catch was caught on CCTV 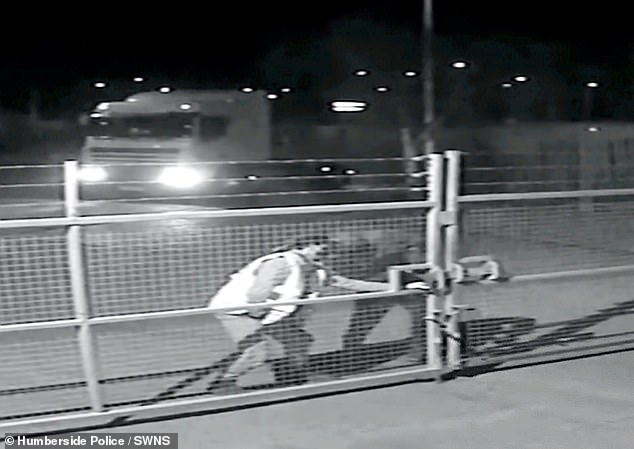 The suspects entered the Stallingborough site with an angle grinder during the burglary on April 16. 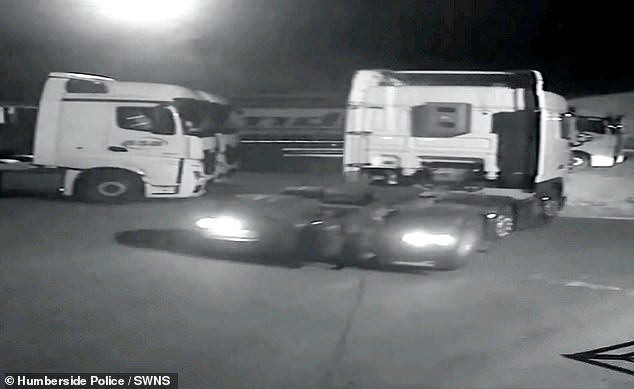 The footage shows a third man driving a white truck cab, suspected of stolen and using false license plates, and driving through the barrier 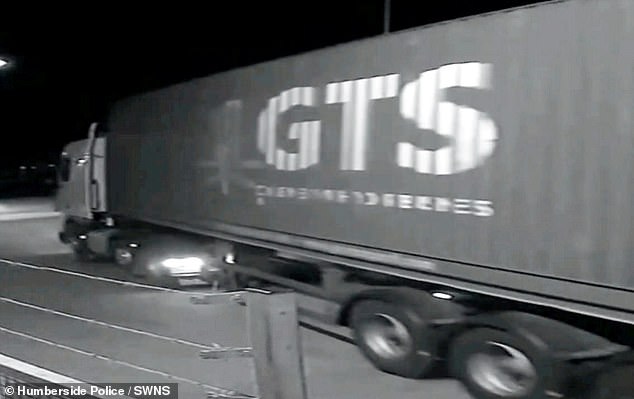 Detective Constable Wayne Martin, of Humberside Police, said: ‘The unit is hooked up to a trailer with a container loaded with 48 pallets of mouthwash and chewing gum worth over £25,000.

‘The tractor and container were then driven off the compound. The containerless trailer unit was located in South Yorkshire on Tuesday 29 June at the Yarra Industrial estate in Sheffield.’