By Adrian Kajumba and Sam Blitz for Mailonline

Mikel Arteta says Granit Xhaka’s knee injury could have been worse after he suffered a setback against Tottenham that will see him out for three months.

Swiss midfielder Xhaka has been sidelined for a long time after a collision with Spurs winger Lucas Moura, which left him with ‘significant’ ligament damage to the medial ligament in his right knee.

Xhaka saw a specialist on Tuesday and managed to avoid the need for surgery, but Arsenal manager Arteta said: “First of all it is a significant injury but he probably escaped an even worse injury than he could have had because that Cruciate ligament action is a tricky one. 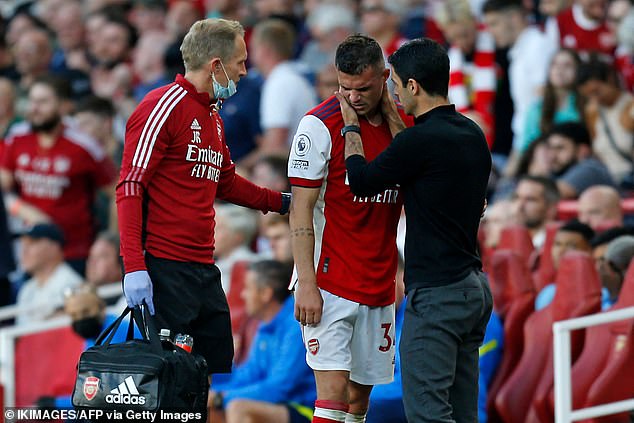 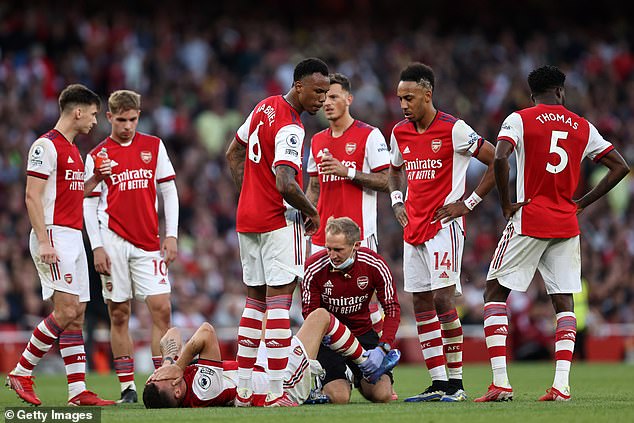 “His mentality is top notch. He knows what to do. Hopefully he can also escape the surgery, which is a really important thing, and after that he just needs to prepare as best he can because time flies.

“Obviously it is very bad news for Granit personally as he has had a few incidents this season with Covid, the suspension and now with the long-term injury.

“But he has a strong mind and will use this time to focus on other things and I’m sure he’ll be back in the right place when he gets back, but he’s a big player for us, someone very important and he will be missed, but other players need to step in.”

The Gunners have several options to replace Xhaka as they prepare for a trip to Brighton on Saturday, including Ainsley Maitland-Niles, who publicly revealed his intention to leave Arsenal in an angry Instagram post at the end of August. 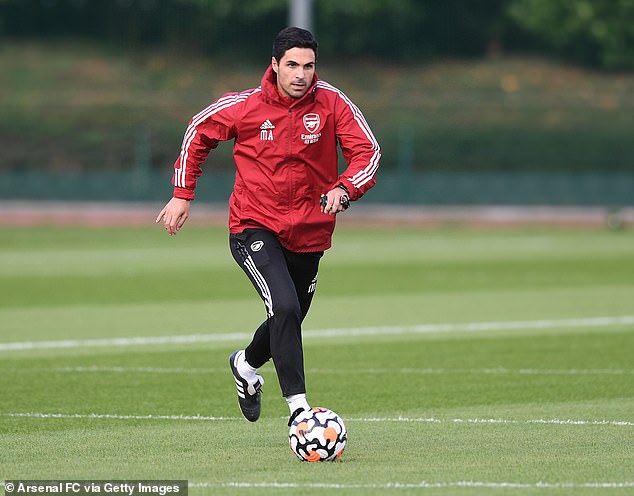 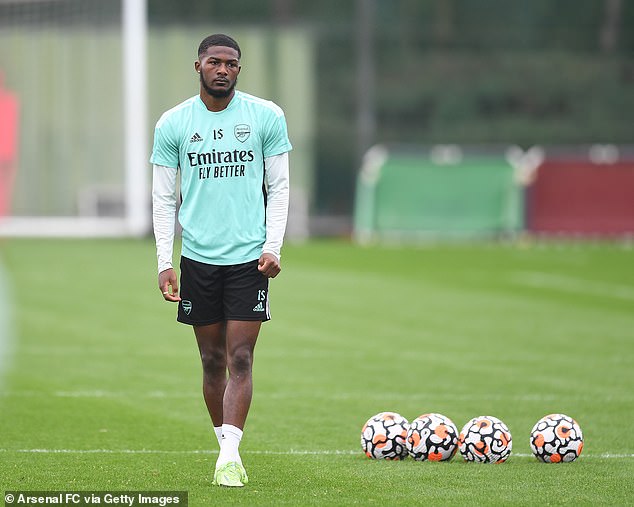 Maitland-Niles had to train with the reserve team for a short period before resolving his issues with Arteta and the Arsenal hierarchy ahead of the transfer deadline amid interest from Everton.

Arteta confirmed Maitland-Niles is one of the midfield options at his disposal after impressing the 24-year-old during recent Premier League cameos.

“He is definitely one of the options,” said Arteta when speaking of the England international. “We’ve used it quite a lot at the start of the season, I’m really impressed.”

As well as Maitland-Niles, summer signing Albert Sambi Lokonga is in the running to start, with Mohamed Elneny – who was close to an Arsenal exit to Besiktas this summer – is also an option.