A man has been charged after dramatic footage showed him punching police after they asked him why he wasn’t wearing a mask.

He is accused of locking himself in his car and forcing officers to break the window to arrest him. 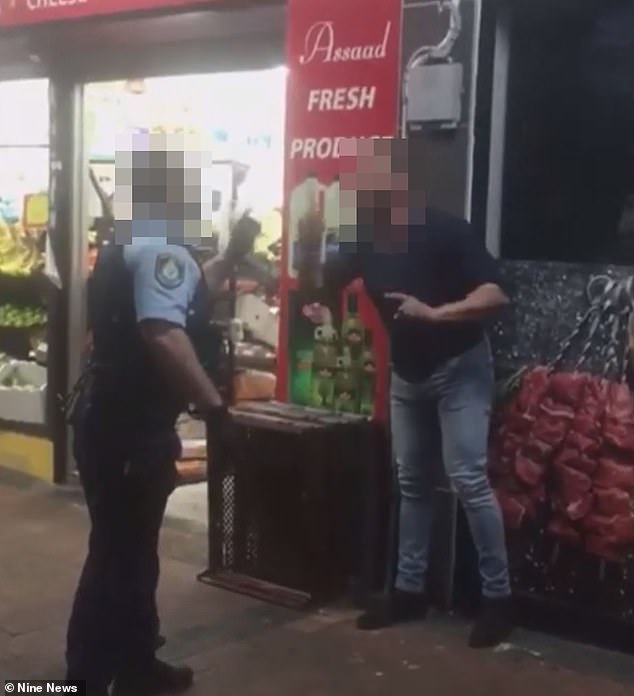 Footage of the incident has surfaced showing the man yelling at officers before pushing and punching them.

The man was restrained by several officers before being arrested and charged with assault by the police.

Witness Hassan Hamza said: the man was asked by the police why he was not wearing a mask before becoming aggressive, 9News reported.

The crackdown on non-compliance comes as police are on the hunt for a woman accused of spraying two officers with an unknown substance during a protest in far north NSW.

A construction site in Waverly was also shut down at the scene after it was found that hotspot LGA workers were not wearing masks or carrying permits that would allow them to work outside their LGA. 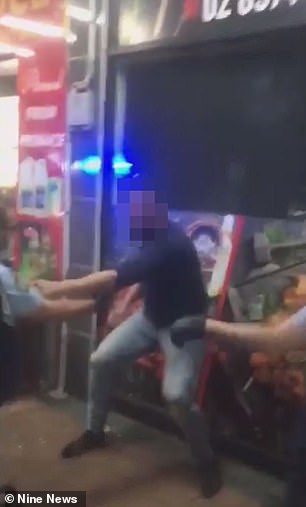 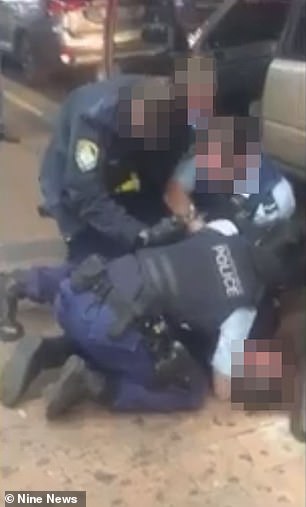 The man reportedly refused to answer police questions when he locked himself in his car and resisted arrest. Police smashed the window to make the arrest before the incident turned physical, the man pushed and beat officers

Since August 16, when the NSW Home Warrant was introduced, 17,340 fine infringement notices (PINS) have been issued.

The total number of PINs issued since the start of the pandemic in March 2020 is approaching 40,000.

$1 million in fines has been collected since the start of the pandemic, with more on the way with outstanding fines.