Northern Ireland revived their Group C qualifying campaign with a well-deserved victory over Lithuania in Vilnius.

Ian Baraclough’s squad will now face Switzerland – which controversially beat Northern Ireland in a play-off for the final World Cup – at Windsor Park on Wednesday to put pressure on the Swiss and Italy to face each other this weekend. meet in Basel.

“We can be two points behind Switzerland if we play against them, so it’s ready for a humdinger,” said Baraclough. “People are very quick to shut things down, but it’s not as straightforward as you might think. I told the boys to come of age and they stepped on the board.’ 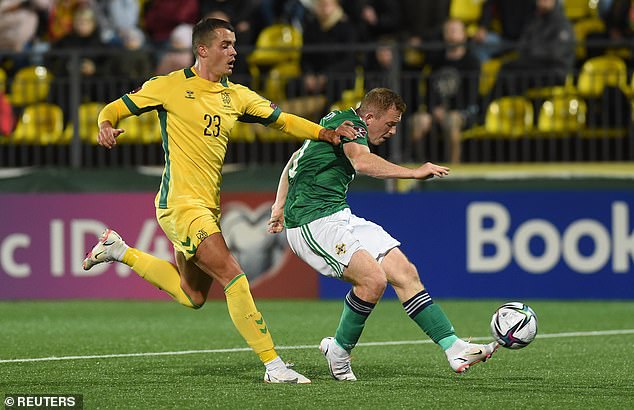 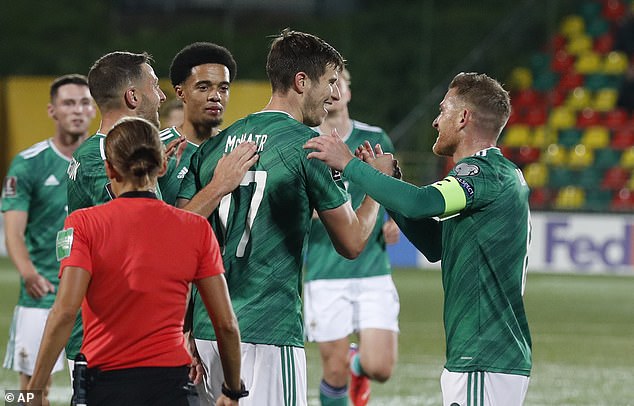 Dan Ballard, on loan from Arsenal’s Millwall, and Blackpool’s Shayne Lavery scored their first goals for Northern Ireland, with Conor Washington and Paddy McNair both converting from the penalty spot.

But it took a Bailey Peacock-Farrell penalty to thwart a Lithuania comeback after Rolandas Baravykas made it 2-1 in the second half.

The win was particularly satisfying for Baraclough after seeing his preparations disrupted by the late withdrawal of Stuart Dallas for personal reasons and the absence of Jonny and Corry Evans, George Saville and Josh Magennis. New coach Adam Sadler, who was appointed last week after Austin MacPhee moved to Scotland, also withdrew due to a family loss.

Baraclough added: “I don’t think you realize from outside the bubble what happened this week, the downs we’ve had to get ourselves out of. There was a lot of nuisance.’

Northern Ireland entered the game and had to win after dropping points against Bulgaria in Belfast in March. Baraclough opted for a back three, five in midfield and Lavery starting up front alongside Washington, seeing his team dominate the first half.

Lavery had a golden opportunity in the fifth minute when Jamal Lewis pulled in a cross from the left that found the Blackpool striker unmarked in front of goal, but pouted his effort from close range. 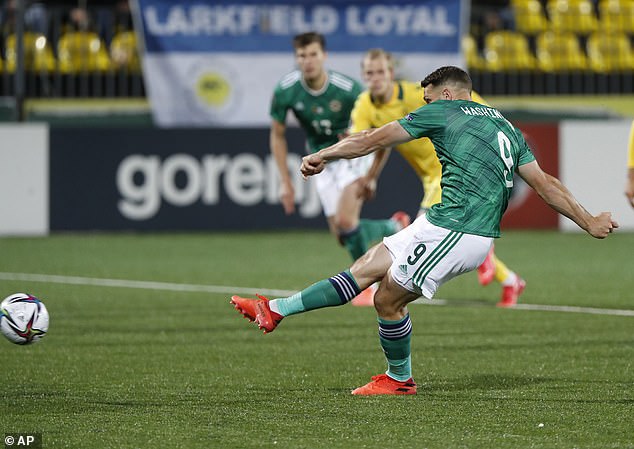 Ballard made no mistake, however, as he got an even easier chance in the 20th minute. A corner cleared to the edge of the penalty area where Lewis and Steven Davis worked the ball to the right for Washington. His cross was excellent, he defeated goalkeeper Ernestas Setkus and fell perfectly for Ballard to bundle the ball into an empty net.

Lavery lost another chance before half-time when he was sent off clear by Washington, but the ball bounced too high on the artificial surface and he fired his shot over.

Northern Ireland took a firm grip on the game five minutes after the restart when French referee Stephanie Frappart saw a clear handball from Linas Megelaitis as he blocked Michael Smith’s shot and sent Washington Setkus the wrong way to score from the penalty spot.

But within 10 minutes it was all about to go wrong for Baraclough. First, Baravykas fired a fantastic shot past Peacock-Farrell after a corner reached him on the edge of the penalty area. McNair was then awarded a penalty for a sloppy challenge on Justas Lasickas after Frappart was advised by VAR to watch the incident on a monitor on the pitch. 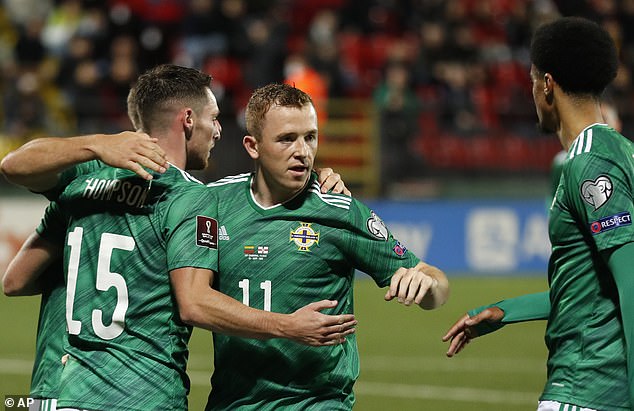 However, Peacock-Farrell guessed the right way to save the dot on Arvydas Novikovas. “Bailey has shown Premier League class and that’s what he is,” said Baraclough.

Lavery secured the win when he took his third chance of the evening in the 67th minute. Lewis played in Jordan Thompson on the left wing and his low cross was thrown in from close range by Lavery.

McNair converted a late penalty awarded for Edgaras Utkus’ brash challenge to Davis after Baraclough ordered Washington to step aside, despite his previous success from the spot.

“Conor is furious with me in there,” the Northern Ireland boss admitted. “He says he hates that rule, but we think it’s hard to take a second penalty. We looked at certain statistics.’