By Kathryn Batte for The Daily Mail

It was a baptism of fire for Leicester City in the Women’s Super League.

They were worthy winners of the championship last season and have had four promotions in six years under manager Jonathan Morgan. But they have now lost four of the four games in the highest division.

The positive for Leicester is that they are not alone. Birmingham and Reading are also at zero. The Royals, with their experience, are expected to improve, but Birmingham looks set to become the Foxes’ relegation rivals. 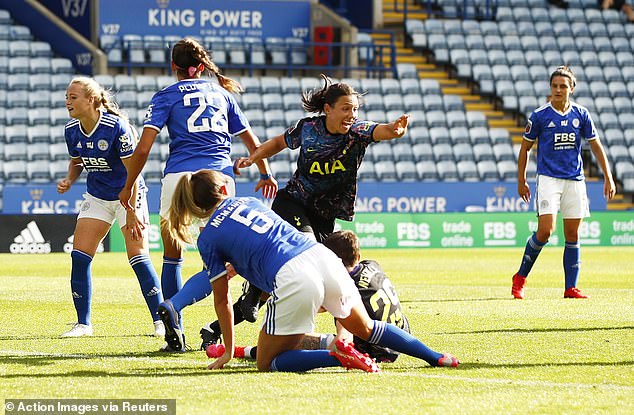 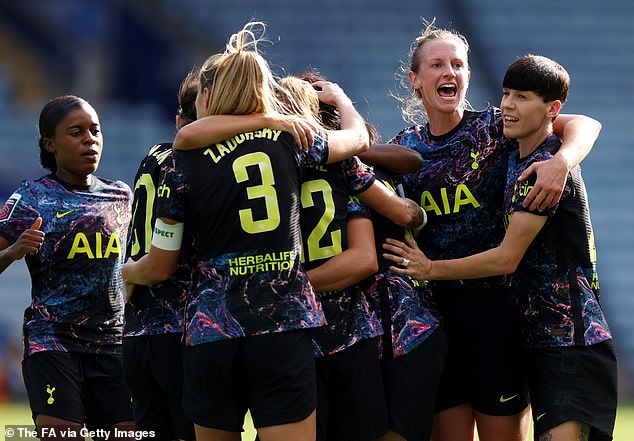 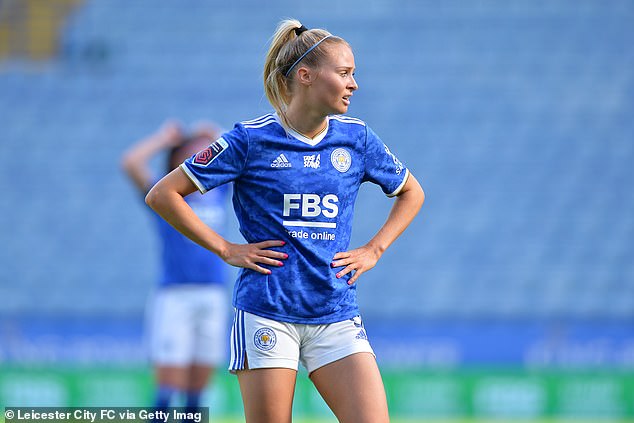 The Foxes are one of three teams still at 0 points, while Birmingham and Reading are also struggling

The problem is that their next two league games will be at home to champions Chelsea and number two Manchester City.

Leicester is a team you want in the WSL. The commitment of the owners of the club is clear. The women train on Belvoir Drive, which was used by Brendan Rodgers until last Christmas, and they play most of their home games at King Power Stadium.

Club legend Emile Heskey is on the coaching staff and was appointed head of women’s football this weekend. But it is on the field where improvements are needed. They failed to get a shot on target and had goalkeeper Kirstie Levell to thank for keeping the score low. 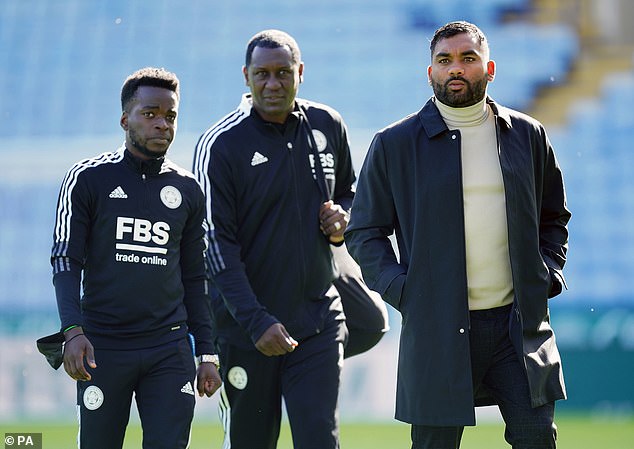 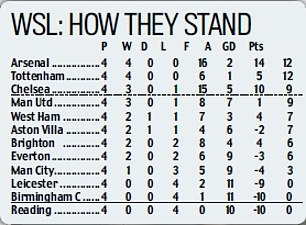 It was a contrasting start for Tottenham, who have won all four games and are at the top with rivals Arsenal.

Rehanne Skinner has done a fantastic job since she took over Karen Hills and Juan Amoros last November. Spurs finished eight points clear of relegation last season and there is little chance of them getting into trouble this year.

Rachel Williams started the season strong and could have opened the scoring in the 35th minute when she narrowly hit a cross from Maeva Clemaron.

Three minutes later she made no mistake.

Levell could only push a corner to Ashleigh Neville and the defender gave the ball to Williams, who fired home from close range.

1. Is the writing on the wall for Manchester City boss Gareth Taylor? Three consecutive defeats put his team out of the title race already – they are nine points behind Arsenal and six behind Chelsea. With the Manchester derby next, it’s a great week for City.

2. Englishman Paul Riley was fired as head coach of North Carolina Courage this week after sexual misconduct allegations and the National Women’s Soccer League games were postponed as a result. Riley denies the allegations.

3. Will we ever see a final between Chelsea and City? Wednesday’s FA Cup draw yielded their seventh semi-final, prompting Chelsea boss Emma Hayes to quipped: ‘Who’s drawing it, Arsenal?’ Arsenal were drawn home to Brighton.

4. Arsenal captain Kim Little scored 150 goals for the club with a brilliant double against Aston Villa. What a shame for Scotland that Little, 31, retired last month.

5. Liverpool’s appointment of Russ Fraser as general manager seems like a smart move and could help them return to the top. Fraser was head of women’s football at Leicester, where he oversaw their first-ever promotion to the WSL. 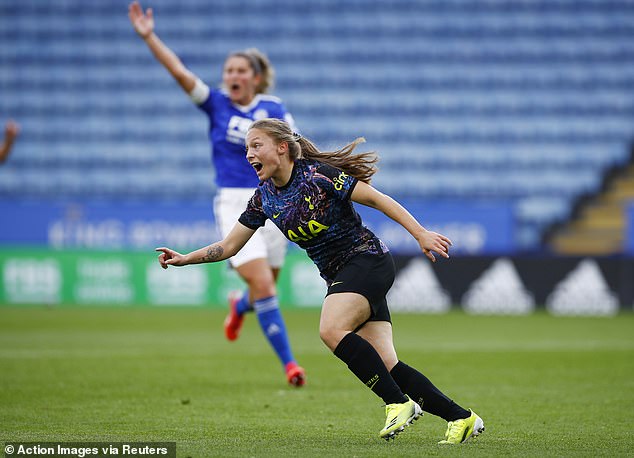 Tottenham should have been out of sight before half-time, with Ria Percival forfeiting a glorious chance and Kit Graham also getting close. Leicester did improve in the second half, but it was Tottenham who created the better chances.

Percival could only get a shot from close range straight at Levell and the goalkeeper reacted quickly to keep out Chioma Ubogagu’s follow-up.

The second goal finally came in the 88th minute from a counter-attack with Rosella Ayane playing on Williams, who outsmarted Angela Addison to score.

The perfect start for Spurs, but Leicester’s nightmare continues.