Anthony Albanese has defended Kristina Keneally’s bid to represent a multicultural seat in western Sydney by calling her a ‘migrant success story’ and pointing to his own Italian heritage.

Labor has been accused of ignoring the importance of cultural diversity by denying local Vietnamese-Australia lawyer Tu Le the chance the represent the seat of Fowler after the next election.

Instead, Senator Keneally, who lives 44km away on ultra-affluent Scotland Island at the top of Sydney’s northern beaches, will be parachuted in at the next election.

In a furious outburst after she was shunted aside to make way for Las Vegas-born Senator Keneally, Ms Le attacked Labor for relying on ‘superficial connections to our diverse communities’ and said the party needs more diversity in Parliament. 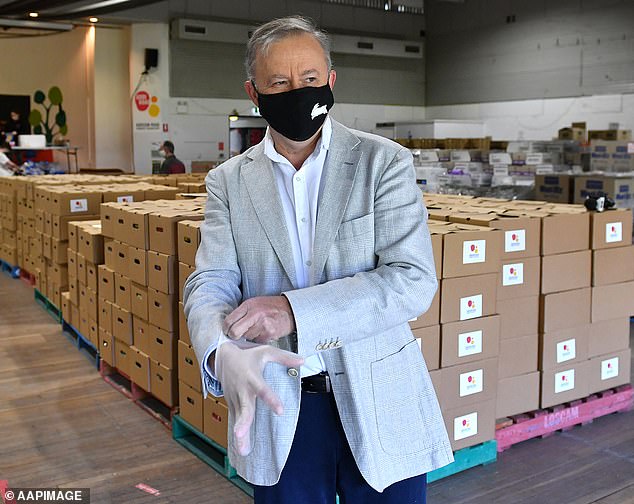 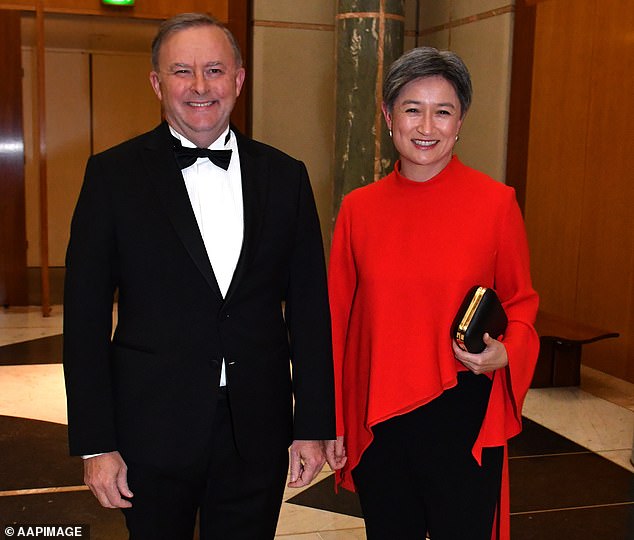 In a press conference on Tuesday, Mr Albanese hit back, saying the party has ‘done an enormous amount for diversity’.

He said Senator Keneally, who lives in a $1.8million mansion on the Northern Beaches after becoming an Australian citizen in 2000, was a ‘migrant success story’.

‘The Labor Party has done an enormous amount for diversity and, by the way, our Deputy Leader in the Senate, Kristina Keneally, was born in the US, came to Australia and is another great Australian success story of a migrant who came here and became the NSW Premier,’ he said.

Senator Keneally was born in Las Vegas in December 1968, grew up in Ohio, and moved to Australia in 1998 after marrying Australian consultant and later Mayor of Botany, Ben Keneally. 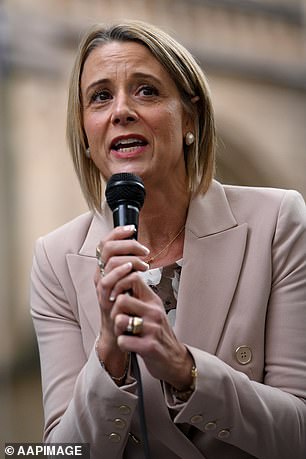 But diversity campaigners said it was a mistake to compare Senator Keneally and Ms Le, who was raised in poverty by immigrant parents who fled after the Vietnam war.

Former Prime Minister Paul Keating also highlighted Senator Keneally’s immigrant background as he backed her and took a swipe at Ms Le’s inexperience even – though he became an MP aged 25 in 1969.

‘Local candidates may be genuine and well-meaning but they would take years to scramble to [Senator Keneally’s] level of executive ability – if they can ever get there at all,’ he told the Sydney Morning Herald.

‘And on the diversity point, she’s a migrant herself – she got off the plane and scrambled her way to the NSW premiership, which is a pretty big effort, a pretty good effort.’

On Wednesday Mr Albanese said he was older than Tu Le when he was elected at the aged of 33 but said she has a bright future.

‘I think Tu Le will make a great contribution to the Labor Party in the future. I am very supportive of her,’ he said.

Ms Le appeared set to represent the Labor stronghold of Fowler in the city’s west until last week when Senator Keneally declared she wanted the seat for herself – even though she lives 44km away on an island on the wealthy Northern Beaches.

The 30-year-old migration lawyer wasn’t even told that she was being pushed aside and only found out when she saw reports in the media last week. 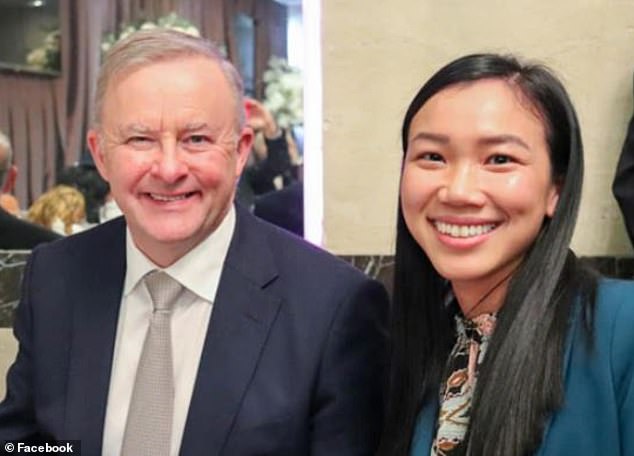 Ms Le (right) is pictured with Labor leader Anthony Albanese. She will have to wait a little longer to become a politician

‘Well, it all happened very quickly. So I’ve had a bit of a whirlwind of a week. And I actually found out from the media, I think it was Wednesday night when the first article came out. So I hadn’t been contacted by anyone about this,’ she told ABC radio on Tuesday.

‘So that was pretty disappointing. But it’s all, I’m just hearing it all on the media and the news. Like everybody else.’

Ms Le said locals in the multicultural area where 75 per cent of residents are immigrants want greater ethnic diversity in Parliament and revealed that voters who had not even heard of leader Anthony Albanese were suddenly engaged in politics because of what happened to her.

‘I actually walked out the other day to Cabramatta to grab some lunch and was just chatting to the business owner,’ she said.

‘And I was talking to him about this because he told me he saw my face in the media and he was like, “you know, I know Scott Morrison, but who’s Anthony Albanese, who’s member of the Labor Party opposition, I don’t even know.”

‘So these people who weren’t engaged are now becoming furious and feel like… if they don’t raise their voices and if they’re not heard by their leaders, then we’d constantly be taken for granted and sidelined and pushed aside. And I think that people are no longer putting up with that.’ 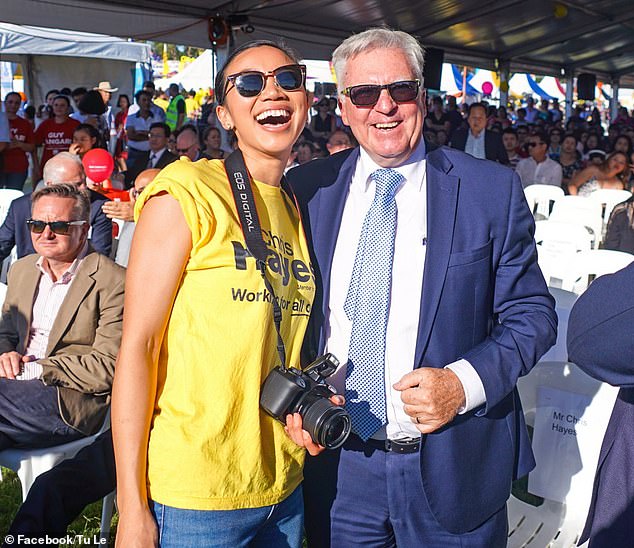 Tu Le (pictured with Fowler MP Chris Hayes) looked set to represent the Labor stronghold of Fowler but her chance was taken away by former NSW premier, Kristina Keneally

Ms Le was brought up in Canley Vale, southwest Sydney, by Vietnamese immigrant parents and works as a migration lawyer and Buddhist youth leader.

Retiring Fowler MP Chris Hayes had backed Ms Le to take over, calling her the ‘appropriate choice’, but his preference was ignored.

Due to a history of branch-stacking in the seat, locals are not allowed to preselect candidates and they are instead chosen directly by the NSW Labor right faction.

Senator Keneally was likely lose her place in the Senate because fellow right faction member Deborah O’Neill received strong support to take top spot on Labor’s NSW Senate ticket at the next election.

So she was handed the lower house seat instead and will officially be endorsed by the National Executive this week.

A Labor source told Daily Mail Australia it was a no-brainer to put former NSW premier Keneally in the lower house in a safe Labor seat over Ms Le.

‘They would be crazy to lose Kristina over a 30-year-old unknown quantity with no political experience,’ the source said.

‘For a 30-year-old to be granted a safe seat would be extremely rare.’

In a long and moving Facebook post on Monday morning, Ms slammed Labor for overlooking her and called for greater ethnic diversity in parliament. 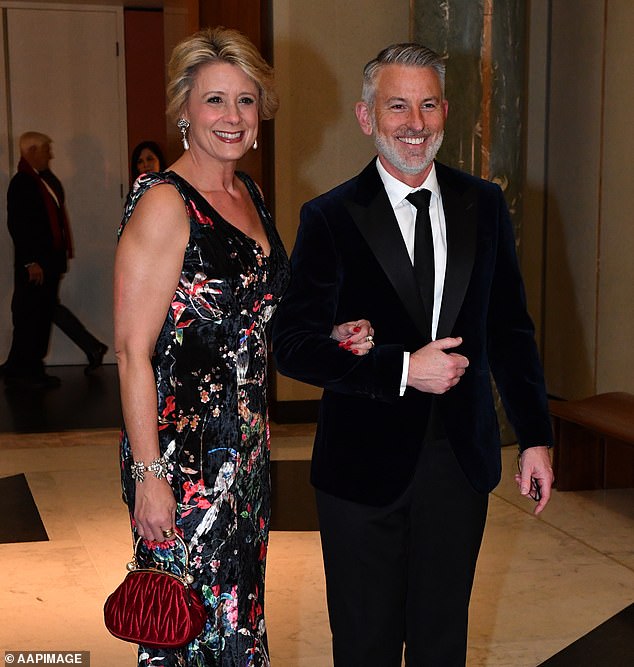 She attacked Labor for relying on ‘superficial connections to our diverse communities’ and said the party needs more diversity among its politicians.

‘Some politicians only come to our festivals and events (especially before an election) for photo-ops, while ”wearing a sari and eating some Kung Pao chicken to make themselves look good”, she said, quoting Labor MP Ann Aly who had supported her.

‘It feels like they seek our support only when looking for fundraising and membership opportunities. It’s 2021, and this is no longer acceptable.

‘Diversity and inclusion  is not a tick the box exercise.

‘Our parents and grandparents may have come to this lucky country, put their heads down, worked hard and tried to blend in.

‘But our generation has grown up in this sunburnt country. The values of equal opportunity and a fair go were instilled in us through our education.

‘We weren’t made to blend in, we were taught to stand OUT and stand UP for what we believe in,’ she added.

Ms Le said she ‘never expected a free ticket to Parliament’ but complained she was ‘collateral damage’ to an internal struggle which made it unlikely Senator Keneally would retain her senate spot.

‘That’s just the nature of politics and I hold no personal grudges,’ she wrote.

‘But I know a lot of young people, especially those in my community who usually couldn’t care less about politics, are enraged by what has happened. 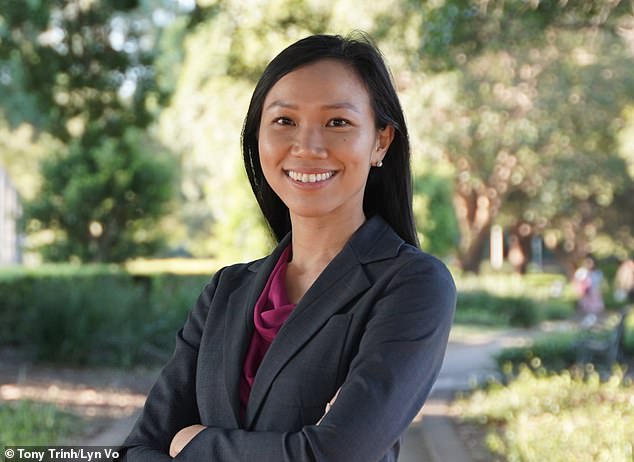 Lawyer Tu Le, 30, had hoped to represent her community in Parliament but Senator Keneally will be selected instead

‘For the better part of my life, I felt ashamed about living in a flat, not knowing what it was like to have a white picket fence and backyard with a hills hoist,’ she wrote.

For far too long, political parties have relied on superficial connections to our diverse communities

‘Not until I left my bubble and started university. That’s when I truly understood my parents’ pressure to succeed at school.

‘Education was my ticket to freedom. Freedom from poverty, freedom of opportunity. I could be who I wanted to be and give back to the country that gave us so much when we left everything behind us in Vietnam.

‘Naturally, I became a lawyer. I wasn’t a fan of blood,’ she said, explaining why becoming a doctor was not an option.

A close ally of Ms Keneally said she has strong links with the local community in Fowler – which takes in Liverpool and Fairfield – due to her time as premier.

‘They want some-one with experience who will give them a seat at top table, especially if Labor wins government,’ the source said.

Senator Keneally – who led Labor to the worst defeat of a sitting government in NSW history as premier in 2011 – said she will move 44km from her $1.8million home on Scotland Island on Sydney’s Northern Beaches to live in the Fowler electorate.

A total of 19 per cent of the residents in the electorate – are Vietnamese and Ms Le wanted to Labor to prove it was truly a multicultural party by selecting a Vietnamese candidate.

Ms Le said she was gutted to be elbowed out by Ms Keneally who was parachuted into the senate by then leader Bill Shorten in 2018 when sitting senator Sam Dastyari quit after controversy over links to Chinese donors.

One local community advocate told the ABC that Senator Keneally would not be welcome because she does not represent the disadvantaged area.

‘It’s predominantly Assyrian and Vietnamese communities, and because she’s from the North Shore I just think that disconnect will be overwhelmingly difficult for her to bridge.’

Mr Hayes’s brother Gerard, who runs the Health Services Union, also slammed the move, telling the ABC: ‘Why are we losing our base? Because we do stuff like this.’ 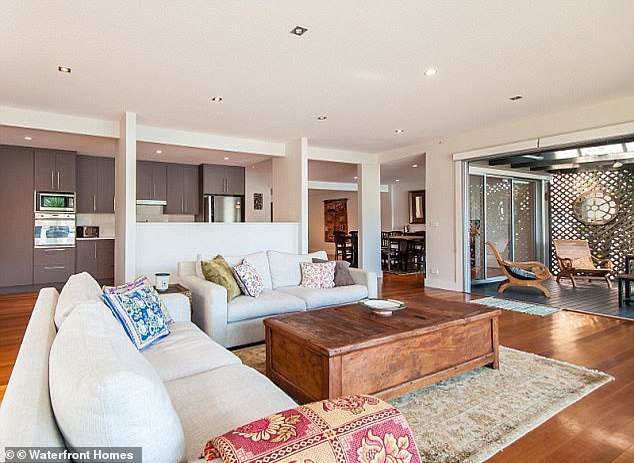 Senator Keneally bought her home (pictured) on Sydney’s Scotland Island for $1.8million in 2017 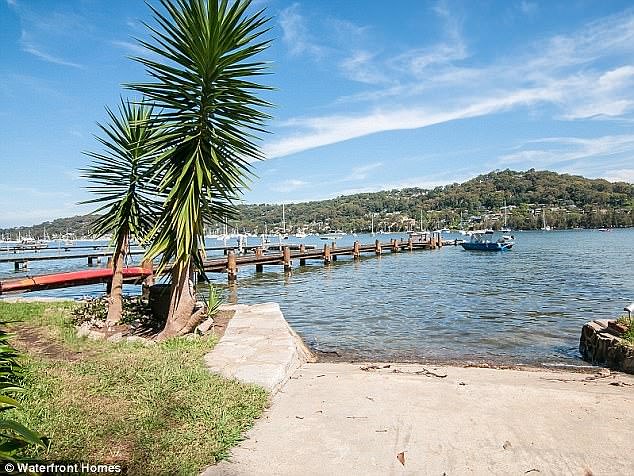 And one federal Labor MP described Senator Keneally’s bid as ‘Labor at its worst’.

But in a statement on Friday the 52-year-old senator, who was born in Las Vegas to an American father and an Australian mother, defended her decision to run despite Mr Hayes throwing his support behind Ms Le.

‘Since Chris announced his retirement, I have been approached by ALP branch members urging me to consider nomination for the seat of Fowler,’ she said.

‘I am humbled by this encouragement.

A move to the lower house would mean Senator Keneally – who is Labor’s deputy leader in the upper house – will step down from the party’s leadership team but it would open up the possibility of her becoming party leader in future.

It comes after she faced uncertainty over whether she would retain her spot in the senate.

With the left’s Jenny McAllister taking second position on the ticket, Senator Keneally would likely have been relegated to the hard-to-win third spot.

Labor has not won three seats in NSW at a regular half-Senate election since Kevin Rudd swept to power in 2007. 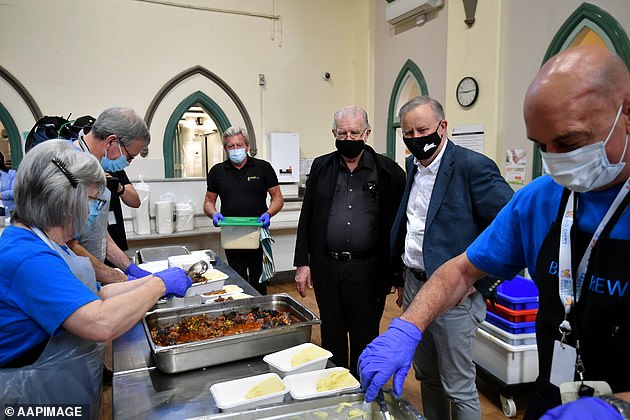 IAN BIRRELL: It’s vital we protect the soul of our democracy