By Daniel Martin and Martin Beckford for The Daily Mail

When asked whether he agreed that drug users should receive a warning from the police, the Labor leader said this was “probably the right thing to do”.

Scotland effectively decriminalized drugs on Wednesday as the SNP announced that police would be advised to issue only a ‘recorded police warning’ to anyone in possession of drugs, including Class A heroin and cocaine.

Sir Keir insisted he was not in favor of abolishing drug laws completely.

But his comments in an ITV interview last night were seized upon by Home Secretary Priti Patel, who wrote on Twitter: ‘Drugs destroy lives. They ruin communities and tear families apart.’

She added, in a twist on ex-Prime Minister Tony Blair’s famous voice-winning “tough on crime” slogan: “Under Keir Starmer, Labor is weak on crime and weak on the causes of crime.” 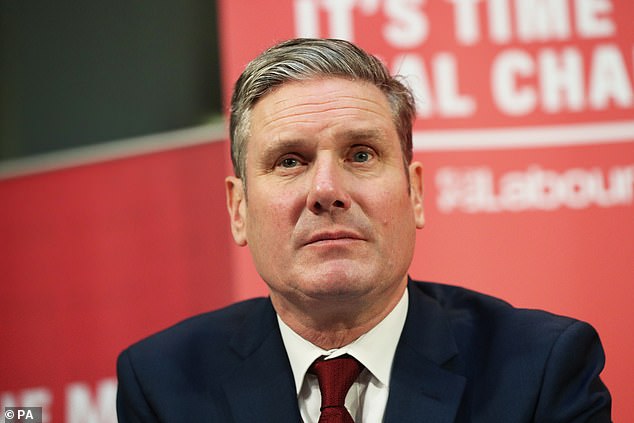 The spat came as Sir Keir tried to bring Labor back to its Blairist heyday with a 12,000-word essay outlining his vision for a ‘patriotic’ party that works with business.

In an effort to distance Labor from Jeremy Corbyn’s disastrous years, he praised the private sector’s “innovative brilliance” and said the government’s role was to “be a partner to private business, not stifle it.” ‘.

And he said a future Labor government would restore public finances and ensure that taxpayers’ money is not wasted.

The essay, published by the Fabian Society, makes no mention of ‘socialism’, but contains 29 references to ‘business’. Similarly, Mr Corbyn is not mentioned while the former Prime Ministers Mr Blair and Gordon Brown are each given two. 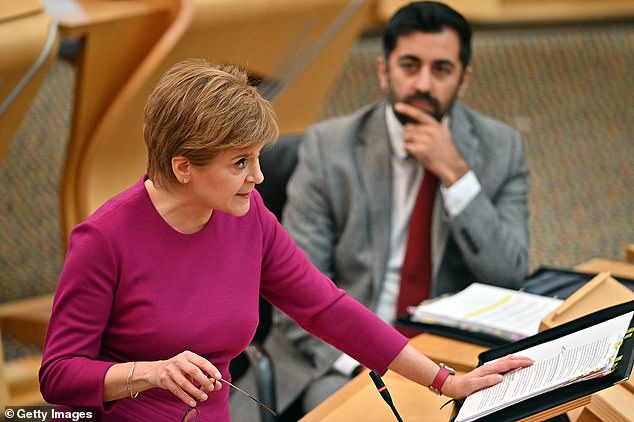 Scotland effectively decriminalized drugs on Wednesday as the SNP announced that police would be advised to issue only a ‘recorded police warning’ to anyone in possession of drugs, including Class A heroin and cocaine (Photo: Nicola Sturgeon)

Also, the essay makes no mention of nationalization, although Sir Keir stood before the party leadership on a platform of ‘common ownership of rail, post, energy and water’ last year.

Left-wing former shadow chancellor John McDonnell said the document “looks like the Sermon on the Mount written by a focus group.” The essay, entitled The Road Ahead, was published next week in the run-up to the Labor Party conference in Brighton.

Sir Keir, 59, also wrote that he was concerned that working-class children now had fewer opportunities. He said, “I was lucky enough to be the first in my family to go to college, after which I could pursue a rewarding career.”

He added: ‘Does a working-class child in Britain today have the same opportunities as my generation? It’s hard to think they do that.’

Teenager, 15, injured after she was hit by a boat on Narrabeen Lake, Sydney