Jeff Bezos gets physical: Now Amazon is opening its own stores

Several months ago I tried to stop using Amazon. How hard can it be, I asked myself, to shop online elsewhere?

To avoid watching movies on its Amazon Prime Video service, to put down the Kindle e-reader — and slip the shackles of smug billionaire founder Jeff Bezos?

Within weeks, however, I succumbed — tempted by purchases that were half the price of those in my local stores or not available at all. 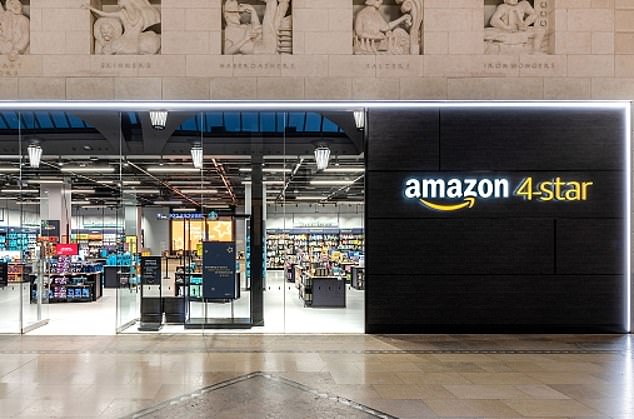 Amazon’s ‘four-star store’ in Kent’s Bluewater Shopping Center sells more than 2,000 of Amazon’s website’s most popular products in a store the size of an Olympic-sized swimming pool

Because of its sheer convenience and astonishingly low prices, Amazon has brought much of the High Street to its knees.

Last week, the tech giant opened its first brick-and-mortar non-food store outside the United States, in Kent’s Bluewater shopping center — the location is all too symbolic alongside struggling stalwarts John Lewis, Marks & Spencer and House of Fraser.

The “four-star store” sells more than 2,000 of Amazon’s most popular products in a store the size of an Olympic-sized swimming pool.

And, in a further assault on the UK retail landscape, it will use its carefully honed algorithms to study local shopping habits and create a tailored experience designed to beat the competition.

Bosses are secretive about the four-star store expansion plans, but America now has more than 30.

British retailers will tremble. About 400,000 manufacturing jobs have been lost since the Covid outbreak, while some of the best-loved names in retail, including Debenhams, Topshop and Monsoon, have been cut down by the pandemic. Even John Lewis and M&S have been forced to close stores.

It may be the latest tragicomic twist that Amazon—which has done so much to hammer their business models—opens up in their former territory.

The new Kent store comes after six ‘Fresh’ Amazon supermarkets launched in the UK in the past year – all with futuristic ‘checkout-free’ technology. Simply scan yourself in on your smartphone, put the items in your shopping cart and walk out: you will be charged automatically.

Fashion shops are also not safe on the High Street. Amazon has previously set up pop-up fashion stores in central London to “understand how Amazon fashion translates into brick-and-mortar retail.” Research suggests Amazon will overtake Tesco as Britain’s largest retailer by 2025.

The company is also at the heart of the country’s takeaway addiction through its £620 million stake in Deliveroo, and has even opened a hair salon, combining trendy haircuts with top-notch straighteners, hairdryers and curlers, which customers can then purchase. to have it delivered to your home.

The tentacles also extend well beyond retail and creep onto our TV screens.

Last month, the UK was gripped by Emma Raducanu’s triumphant victory at US Open tennis – a final that, until Channel 4 bought it at the last minute, would only be available on the streaming service Amazon Prime Video.

The same service is now a dominant force in film and television (including originals such as Clarkson’s Farm). 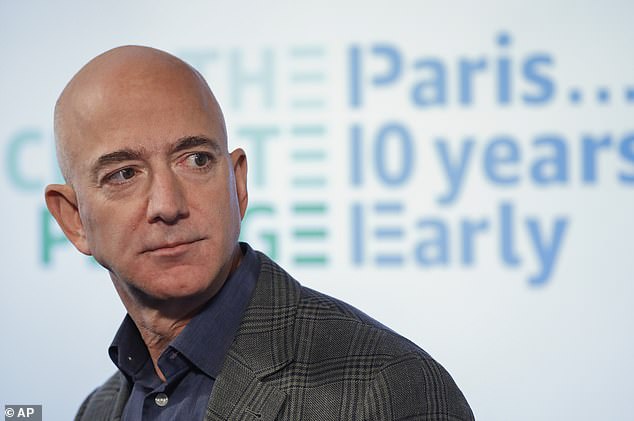 And for those who don’t happen to be a fan of music, film, television, live sports, eating at restaurants, grocery delivery or haircuts: every tax-paying Briton pays into Amazon’s coffers, as HM Government is a major customer of Amazon Web Services, her cloud computing department.

There are even rumors that Amazon could soon be able to supply NHS prescriptions in the UK, just as it does in the US.

In short, hardly anyone escapes this $1 trillion business that started out of Bezos’ garage in Seattle just two decades ago.

UK customers here now spend an astonishing £83 billion a year on the site, which employs 1.3 million staff – roughly the same number as the NHS itself.

Many will argue that this is all airplay from a tirelessly entrepreneurial company that has made shopping for millions faster and easier.

And few can question the benefits of Amazon’s £32bn investment in the UK since 2010, or the 55,000 jobs it has created here, many in poorer regions.

Where Amazon has led the way, other major chains have been forced to follow and ramp up their online delivery capabilities in a virtuous circle of competition.

But the Amazonization of the British Isles has not come without a cost. The company’s business practices have long raised troubling questions about who, if anyone, is responsible.

Last year it paid less than £500m in ‘direct’ taxes on more than £20bn of UK sales. Critics labeled parts of its financial statements as ‘the opposite of meaningful transparency’.

Tax experts fear the US giant won’t even be gripped by the new rules agreed earlier this year by the G20 group of countries to force companies like Amazon to pay their fair share.

The way Amazon has expanded has also come under scrutiny, with London councilors calling the planning applications for new Fresh stores “underhanded” and “opaque.”

One was filed under ‘British Overseas Bank Nominees Ltd M&G Property’, rather than Amazon, while another is said to have been filed by a local law firm.

The move may be an attempt to keep jealous competitors at bay, or avoid the wrath of local businessmen and residents, but it’s not a tactic you’d normally expect from such a large company.

The ambition and ability to ‘disrupt’ so many industries is to be applauded. But as it grows into one of Britain’s premier companies and pushes beloved companies aside, it must take responsibility for its business practices and its role as a major employer.

Two decades after it arrived in the UK, it still has many questions to answer. But will the customers entering Bluewater want to ask them?

Start buying your Christmas presents now! Warning that toys and goods may be held up in port logjams