A heartbroken husband has revealed how his pregnant wife’s face went ‘blank’ when she died suddenly of a brain haemorrhage while they were chatting in bed.

Mother of three, Laura Bolon-Williams, 36, was four months pregnant when she suffered a haemorrhage at the family home in Perton, Staffordshire.

She leaves behind three children and her husband Scott, with whom she has been in a relationship since high school.

Scott has now paid tribute to his childhood sweetheart after the tragedy, revealing his shock at how she died in an instant.

He said: ‘It is an incredible loss for all of us. Laura was the nicest of all people and was loved by everyone who met her.

‘She wasn’t sick at all. We were talking in bed and her face just went blank.

“The ambulance arrived, but it was immediate. Within 20 minutes I knew there was no turning back.

‘She had a brain haemorrhage, but they think it had something to do with the baby. It was really terrible.’ 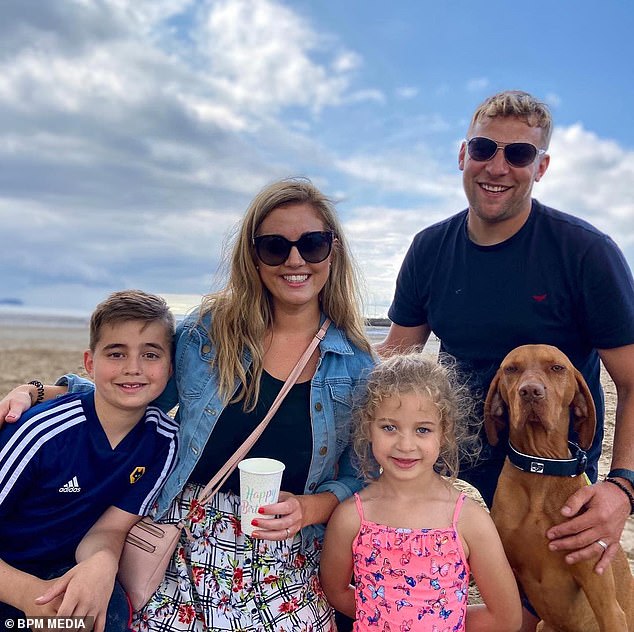 Scott Bolon-Williams has shared how his pregnant wife Laura (pictured with their children Alexander, 11, and Caitlyn, seven) turned ‘blank’ when she died suddenly of a brain haemorrhage while they were talking in bed

Laura and Scott were talking in bed when she suffered a brain haemorrhage on April 3.

She leaves behind children Ethan, 18, Alexander, 11, and Caitlyn, seven. The family is now trying to rebuild their lives after such a monumental loss.

“It’s been tough, but it’s starting to get a little better now,” Scott said.

“She was an organ donor and her organs saved the lives of three people, something she would be so proud of.

“This was the kind of person she was and she wishes we would all help and support each other in any way we could.”

Children were a big part of Laura’s life – she had worked as a nanny and had recently graduated as a teaching assistant.

Scott said, “Laura loved being around children, having three of her own, becoming a nanny in her early 20s, and being a teaching assistant for the past three years.

“She loved teaching children, she loved making little craft projects and they all loved her as much as she loved them.”

In an effort to keep the memory of the beloved mother alive, Scott has raised money for Winston’s Wish, a charity for the death of children.

Scott wrote on the fundraising page: ‘Winston’s Wish is an incredible charity that provides emotional and practical support to children, youth and those who care for them. 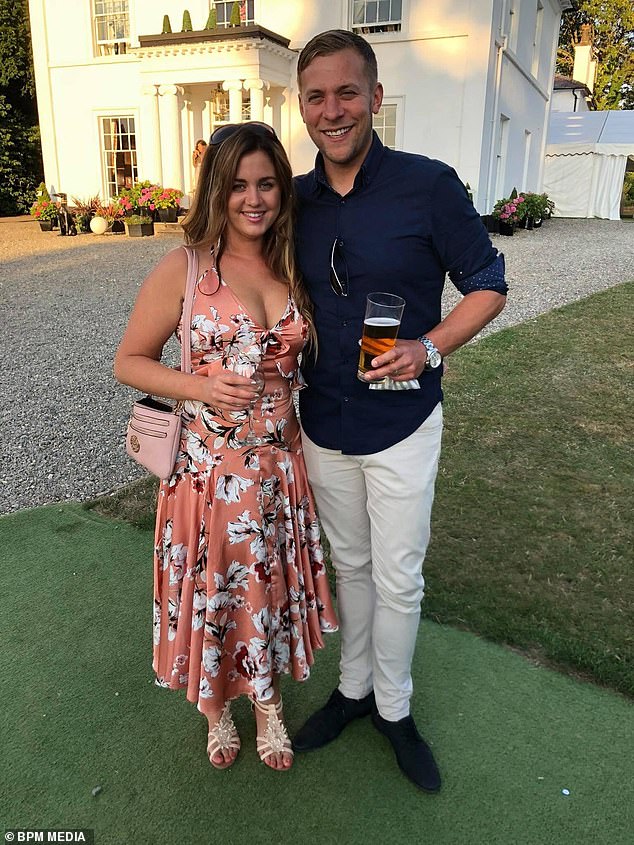 “This charity is fundamental to supporting children and their families and all donations, no matter the amount, will make such a difference to their work.

“Laura would love your donations to help these children and their families who are going through the most difficult time of their lives.”

She attended school as a child and the couple’s daughter, Caitlyn, recently started Year 3 there.

Scott said, “The school has been so good with Caitlyn since her mother died. It’s such a nice school.

“I saw it was a run-down area, so I offered to clean it up. They had applied for funding, but it was turned down, so I said we’d do it for free.

“The employee actually cried when I told her.”

During the summer break, five workers took eight days to complete the garden, worth £9,000.

It is now ready for the kids to enjoy as they begin the new school year.

Scott says he will continue to find ways to give back and keep Laura’s memory alive.

The father has decided to hold a charity ball at the Mount Hotel in Tettenhall on Saturday, October 23.

Tickets are not available yet, but information will be included on the landscaping company’s Facebook page.