Hundreds of mourners lined the streets for the funeral of the “hero” teen who died after diving into a canal to save his friend’s life.

Logan Folger, 14, rushed to the rescue of his terrified friend after she found herself in trouble in the canal at Mill Green in Staveley, Chesterfield, on August 18.

The brave teenager, who got into trouble after jumping into the water, was pulled from the water by firefighters and… was rushed to hospital in a serious condition, but died tragically three days later.

today, mOurners appeared to be paying their respects to Logan when his body was transported to Staveley Methodist Church on a Honda Goldwing trike hearse, for his burial in Staveley Cemetery. 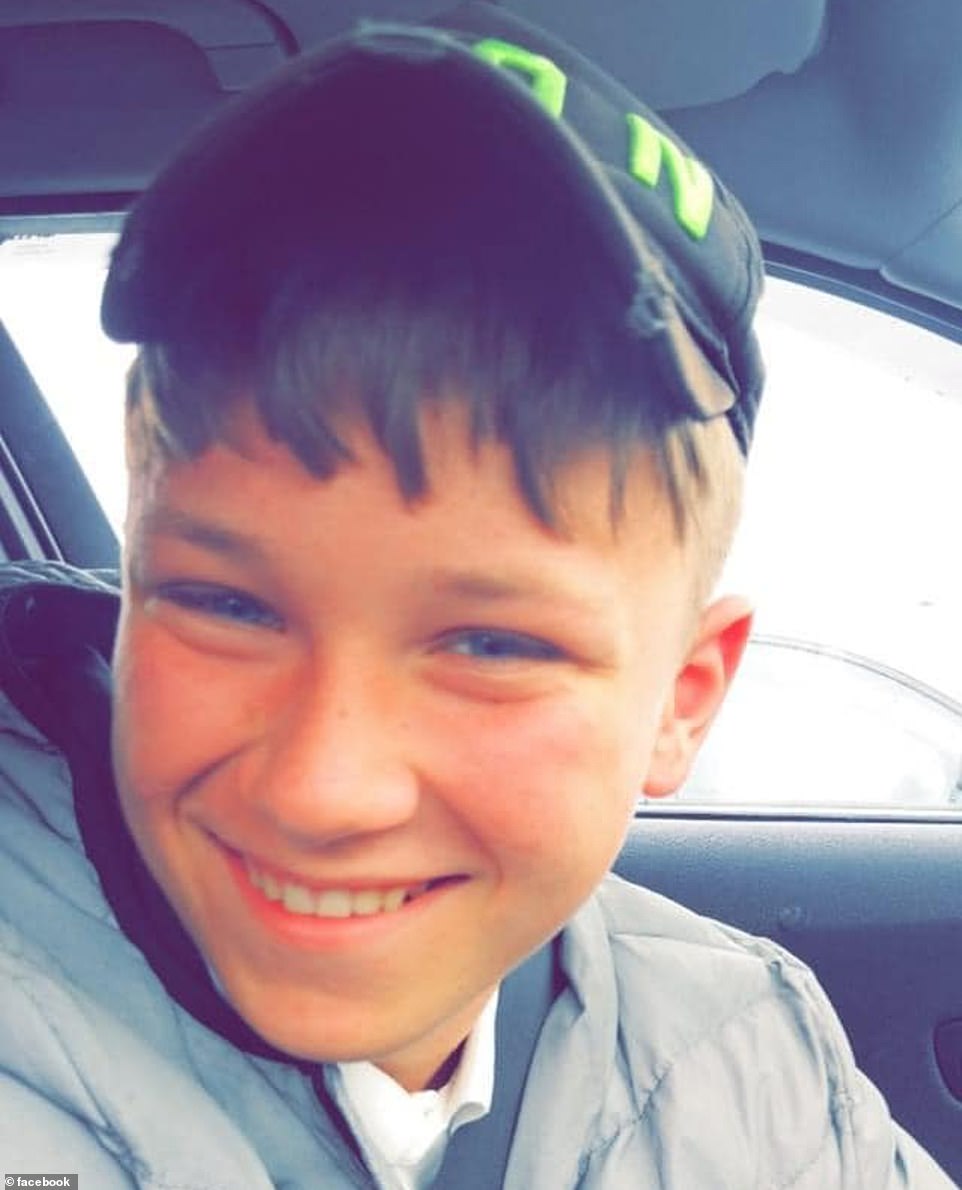 Logan Folger, 14, rushed to the rescue of his friend after she found herself in trouble in the canal at Mill Green in Staveley, Chesterfield, on August 18. 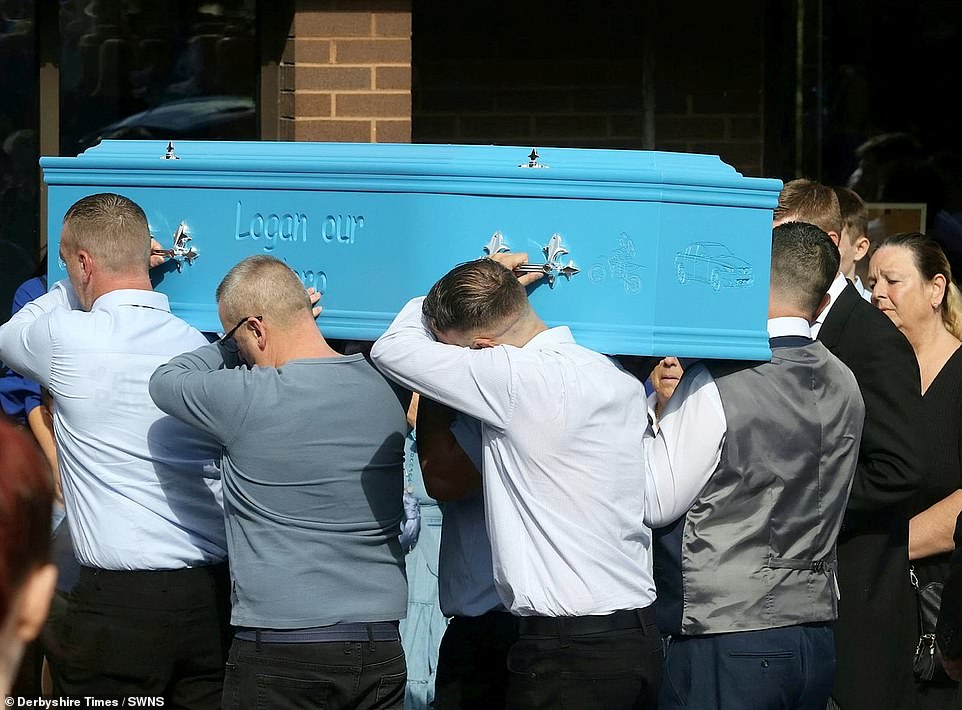 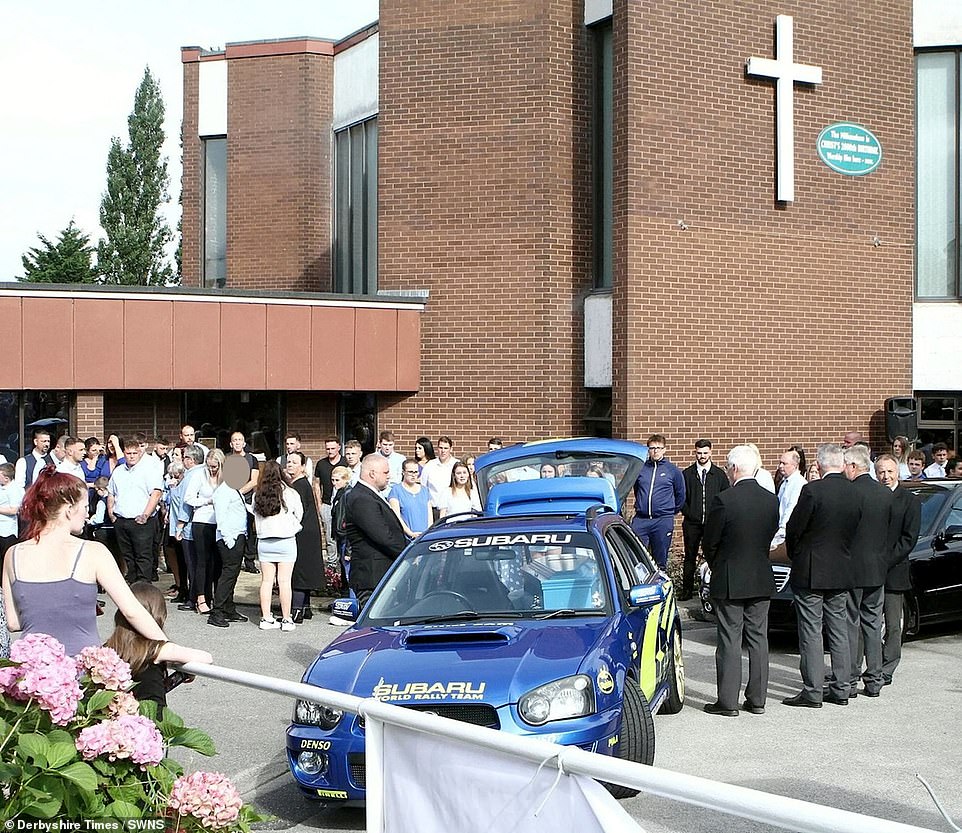 Hundreds of mourners lined the streets for the funeral of the teenager described as ‘a hero to his family, to his friends, to this community’

His heartbroken mother Stacey Bentley wrote an emotional tribute to Logan and his sister, who died a few years ago, which she bravely read during the service.

She said, ‘Heaven needed one more angel, I guess it wasn’t enough to take just one.

“We love you and miss you both very much, if only we could let you stay – our hearts would be whole again and all this pain would disappear.

“Son, you are our hero, so caring and so kind.

‘We are proud of every part of you, we wish you didn’t leave us behind.

“Please always remember my precious blue-eyed boy – you are my hero, my pride and my joy.”

Reverend Richard Harris described the popular teen as “a hero to his family, to his friends, to this community.”

He said, “In the sadness of this day, the day we never thought we would have to face, yet we remember the courage of a brave young man.

“His courage saved a friend’s life.”

He added: “People were drawn to him, his warmth, his generosity, his friendship, his infectious smile. 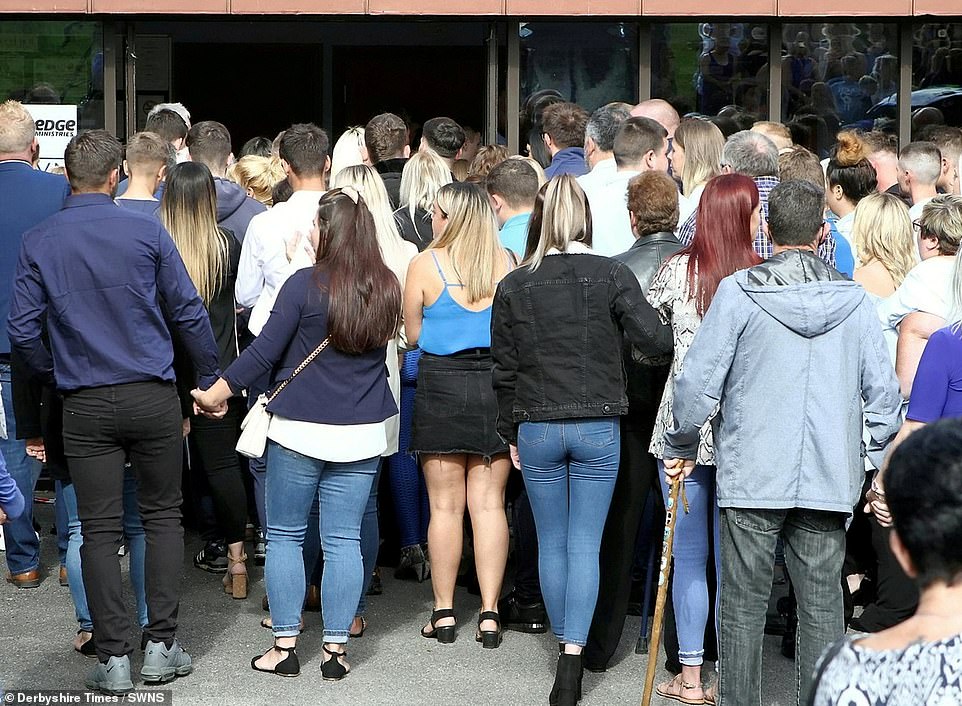 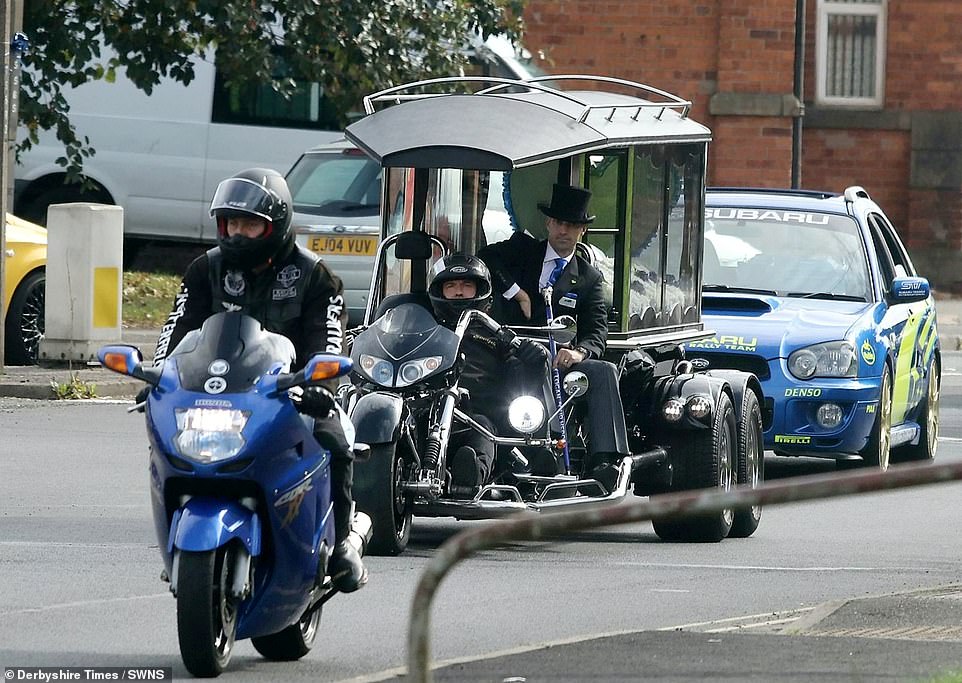 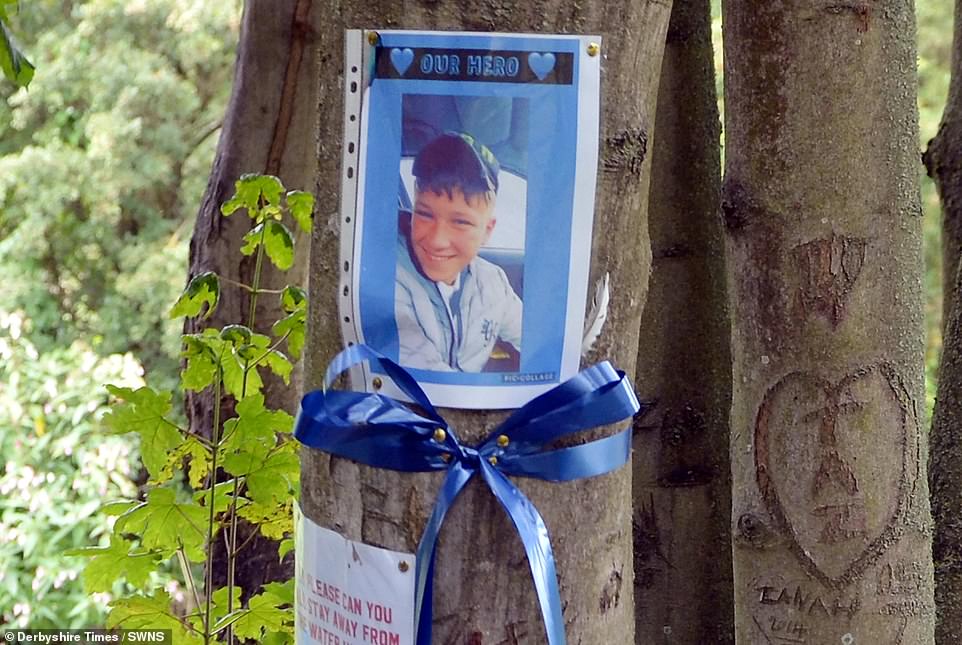 Logan’s mother Stacey Bentley described her son as her “hero, pride and joy” at the funeral service at Staveley Methodist Church. Pictured: Floral tribute to Logan 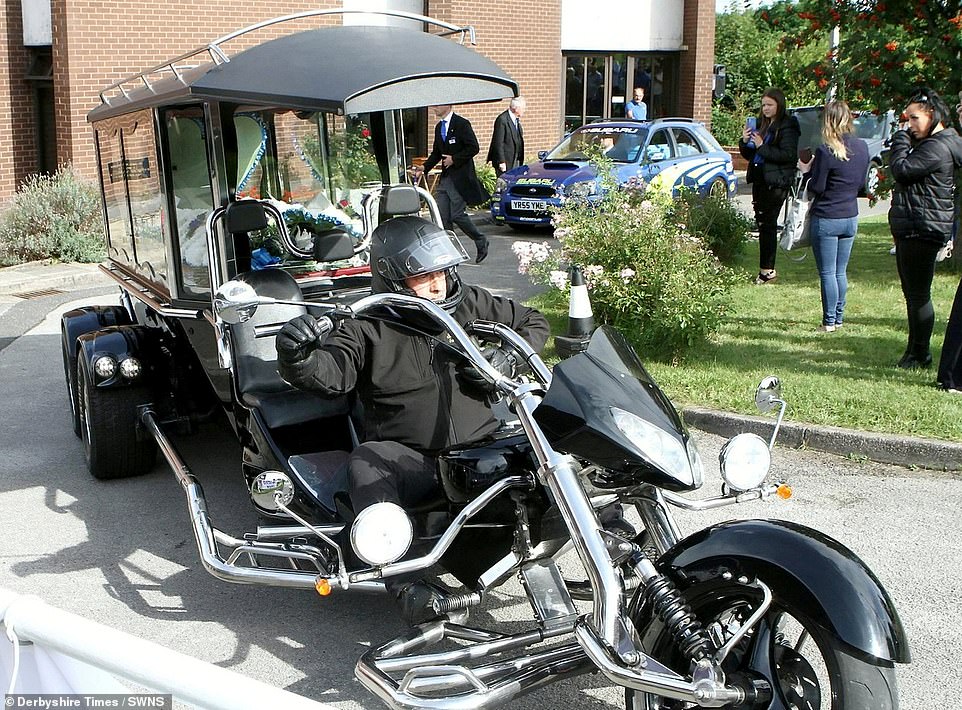 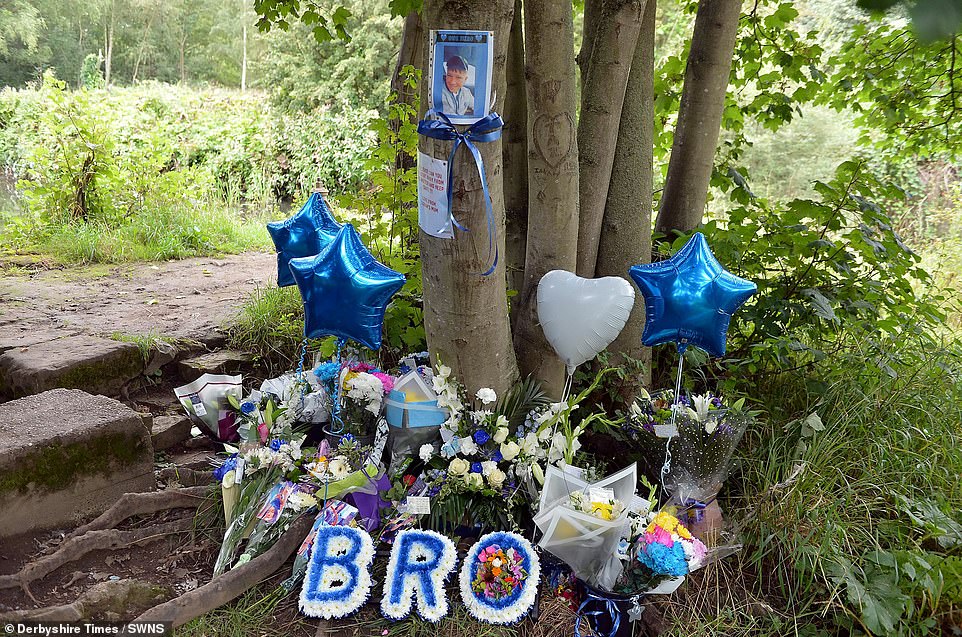 An inquest has revealed that Logan jumped into the water to help his friend, but got himself into trouble on August 18.

“Logan made everyone laugh—it was true from the start.

“He was deeply compassionate, thoughtful, kind, a tremendous listener.

“Popular, empathetic, respectful and never mean, Logan had a genuine interest in other people and helped many people.

“Polite and well-mannered, he was well brought up – and he brought great joy to his family, friends and the wider community.”

“Logan had a lot more to give, but he’s already given his whole life, and it’s important that we remember that.

“The tragedy struck him too soon.

“His life was rich, rewarding, happy, and he brought so much light, so much good, so much laughter and joy – and we can always hold and cherish those memories. He was a hero.’

An inquest learned that Logan jumped into the water last month to help his friend.

After his death, Derbyshire Police said: ‘Our thoughts are with Logan’s family and friends at this time.

“We do not believe there are any suspicious circumstances and a file is being prepared for the coroner.”

Derbyshire coroner Peter Nieto opened his inquest: ‘The first circumstances reported by police are that Logan was swimming in the canal at Staveley on 18 August with two friends.