An amateur home cook has revealed how she made a tasty Mexican chicken soup bread using leftover food she had in the freezer.

The Mexican version of the cob bread looked mouthwatering in photos shared with a popular cooking group on Facebook.

A cob loaf is a classic Australian revelry usually made by filling the empty shell of a large loaf of bread with spinach, cheese, and French onion soup mix. 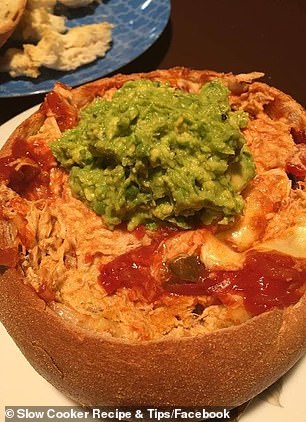 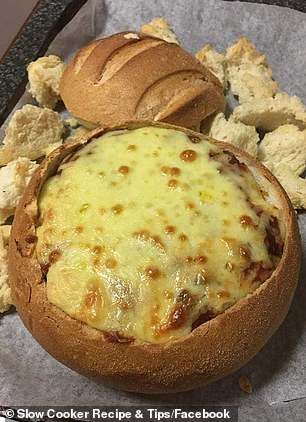 Another use for the slow-cooked creamy Mexican chicken that everyone is loving right now, Mexican chicken cob loaf! Had leftovers in the freezer and here’s what I did with it,” she wrote online.

First, the chicken was cooked in the slow cooker for four hours with the Philadelphia cream cheese and taco seasoning.

The tender meat was then carefully removed from the bone and set aside, after which the sauce was whisked to break up any remaining lumps of cream cheese.

A tablespoon of cornflour was then mixed into the sauce together with 150 ml of cooking cream and whipped again.

How do you make Mexican chicken bread?

Cube Philadelphia cream cheese and throw the cubes over the chicken

Sprinkle taco spice mix over it

Return the chicken to this sauce and stir to combine

Cook on low for another 30 minutes

The wife added the chicken to the sauce and stirred well to combine before cooking on low for another 30 minutes.

After the filling was prepared, the center of the bread was removed and the chicken was poured into it.

The delicious Mexican chicken cob bread was topped with sauce and fresh guacamole to serve.

Other home cooks became obsessed with the recipe online, praising the woman for sharing the idea online.

‘Could be a cheat meal worth considering,’ one person wrote, another said, ‘I’m going to try this one!!’