By Charlotte Mitchell for Mailonline

An ailing orca has been filmed banging her head against a tank in a fence after outliving her five babies.

The heartbreaking footage was taken earlier this month by anti-prison activists in MarineLand, Niagara Falls and shared on social media.

The Whale Sanctuary Project, which aims to end captivity for whales, calls Kiska “the loneliest whale in the world.”

The 44-year-old orca was born off the coast of Iceland and has been in captivity since 1979, according to Demers.

She has spent the past 10 years alone after outliving her tank mates, including her five offspring. 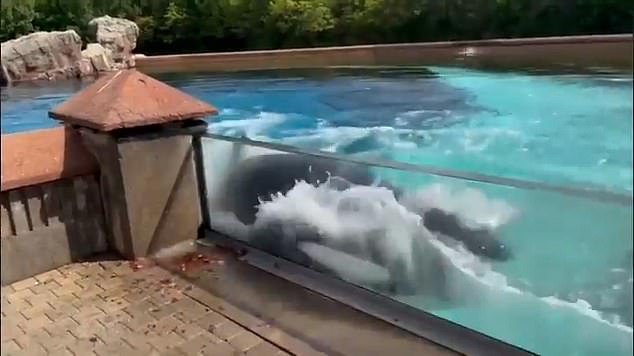 Orcas are extremely social animals, living in the wild in groups or ‘pods’ that consist of several generations of families.

“For over 40 years she has suffered the loss of her freedom, her babies and all her tank mates,” The sun reported the UK-based Orca Rescues Foundation.

“For the past 10 years she has been in complete social isolation from others of her kind. This is what her loneliness and captivity did to her.’

Rob Lott, a campaigner for an end to captivity for whales, said: iNews that the behavior Kiska demonstrates in the video is “a direct, stress-related result of wild-caught Icelandic orcas, with Kiska being raised in an artificial, concrete environment over the past four decades.” 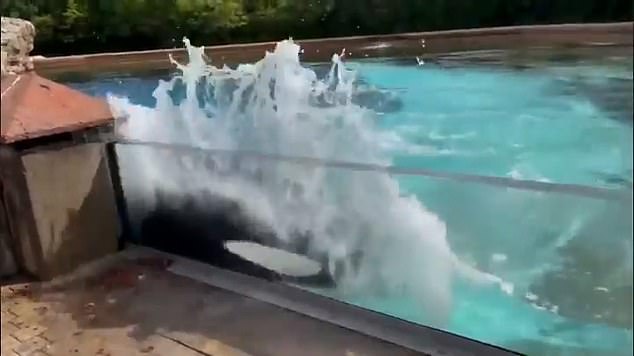 The heartbreaking footage was taken earlier this month by anti-prison activists in MarineLand, Niagara Falls and shared on social media.

Unfortunately, this is not unique and Kiska’s repetitive self-inflicted behavior has been seen in other captive killer whales, where years of boredom in barren, characterless tanks with little or no stimulation manifest themselves in this way.

Chronic stress can affect the immune system and physiology of orcas in captivity, causing illness and sometimes death.

“Kiska has not had a killer whale company since 2011, and has been robbed of every aspect of social culture she would have experienced in the wild.

“Orcas, and in fact all whales and dolphins, are extremely poor candidates for life in captivity.”

MarineLand did not immediately respond to a request from MailOnline for comment.

The plight of orcas in captivity was spotlighted by the 2013 documentary Black Fish, which explored the events surrounding Tilikum, an orca kept by SeaWorld.

The film generated a huge response from the public, including millions of dollars in losses to SeaWorld, prompting the company to announce it was ending its orca breeding program and phasing out live orca performances. 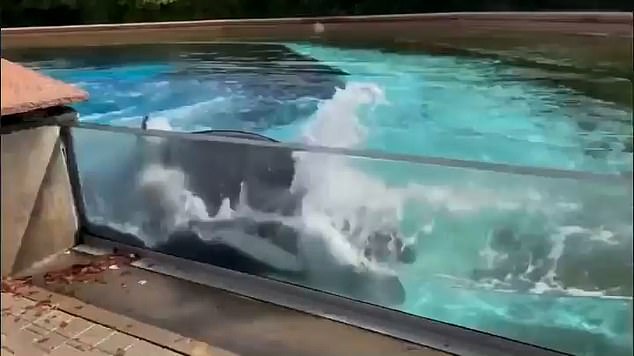 The 44-year-old orca was born off the coast of Iceland and has been in captivity since 1979, according to an activist, who said the orca had spent the past 10 years alone.