Getaway driver for gunman who murdered innocent law student, 19, in drive by jailed for 15 years

A female getaway driver for a gunman who killed an innocent law student in a ‘pointless and shocking’ drive-by shooting has been sentenced to 15 years in prison.

Judy Chapman, 27, is the eighth person to be jailed for their role in the murder of Aya Hachem, 19, when she was shopping near her home last May.

Aya was shot in the chest by hit man Zamir Raja, 33, in Blackburn, Lancashire.

She was not the intended target of the shooting, which followed a long-running feud between rival tire manufacturers Feroz Suleman and Pachah Khan.

Seven people were sentenced in August to a total of more than 200 years in prison for their involvement in the murder of Aya and the attempted murder of Mr Khan. 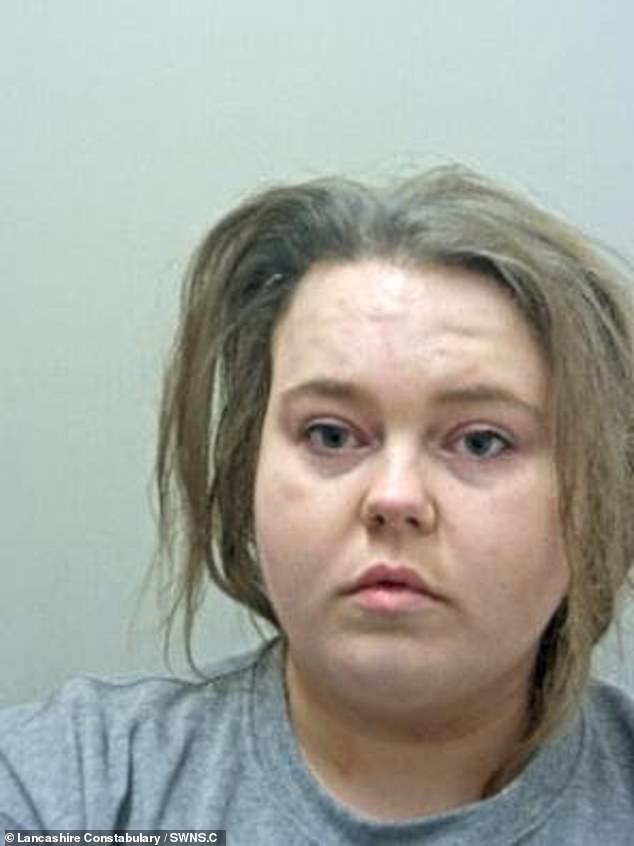 27-year-old getaway driver Judy Chapman was sentenced to 15 years in prison today for her role in the murder of an innocent law student in a botched drive-by shooting in Blackburn last May.

The gunman, Zamir Raja, 33, from Stretford, was sentenced to a minimum of 34 years in prison and his driver, Anthony Ennis, 31, from Partington, is serving a minimum of 33 years.

Fellow accomplices Ayaz Hussain, 36, Abubakr Satia, 32, both from Blackburn; his brother, Uthman Satia, 29, of Great Harwood, and Kashif Manzoor, 26, of Blackburn were given minimum terms of 32 years, 28 years, 28 years and 27 years respectively.

Judy Chapman, of Great Harwood, Uthman Satia’s girlfriend, drove Bolton’s gunman and driver to the Toyota Avensis used to carry out the shooting and then collected them.

She was found guilty of manslaughter by Aya but found not guilty of attempted murder of Khan after a trial at Preston Crown Court. 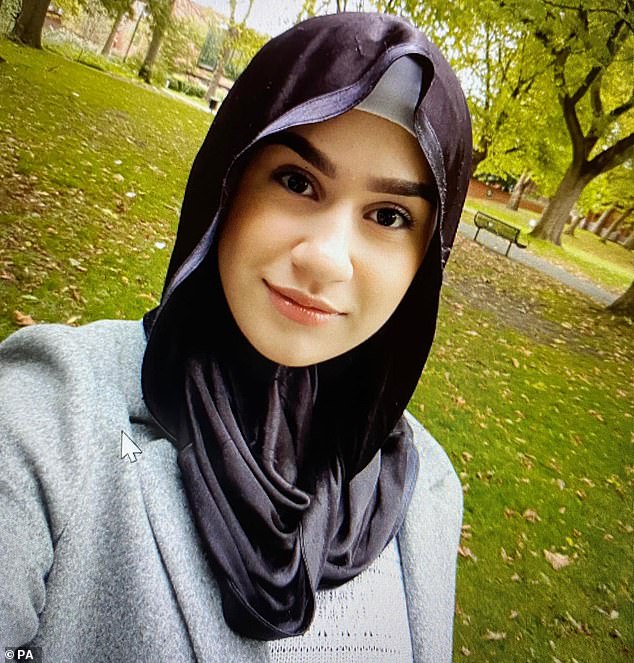 Aya Hachem, 19, (pictured) was hit by a stray bullet from a hired hit man Zamir Raja, 33, who planned to kill a tire boss’ rival while she ran errands near her home

Aya, 19, was out of the house to go to the local store to buy food ready for her family to eat after they broke their fast of Ramadan that night. Tragically, she never came home.

While walking past Quick Shine Car Wash, she was hit by a bullet shot from the passing Avensis.

The bullet traveled straight through her body and in the other direction and came to rest in a nearby telegraph pole.

Despite the best efforts of passers-by, Aya sadly died after being taken to the hospital.

Lancashire Police Senior Investigator Zoe Russo said: “Today’s verdict brings the trial of the eight suspects to an end, one of the largest and most complex investigations in the history of Lancashire Police. 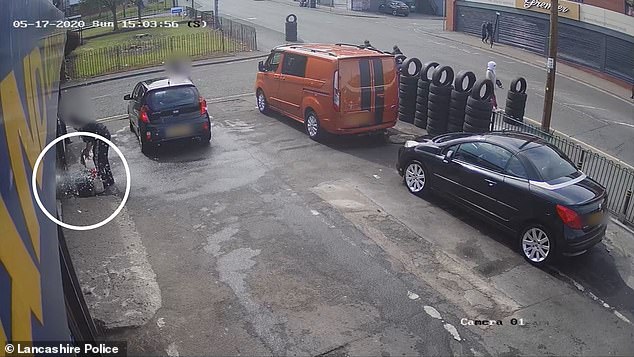 Lancashire Police have released footage showing the moments leading up to Aya’s death. One of the bullets hit near a workman (photo) 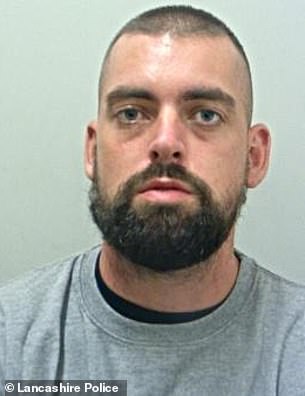 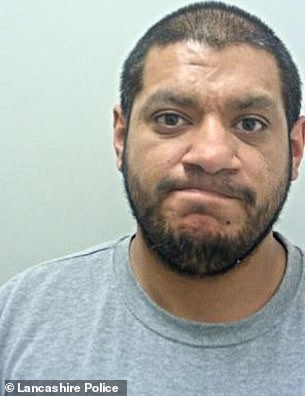 Seven people were sentenced in August to a total of more than 200 years in prison for their involvement in the murder of Aya and the attempted murder of Mr Khan. Pictured: Anthony Ennis, 31, (left) Zamir Raja, 33 (right) 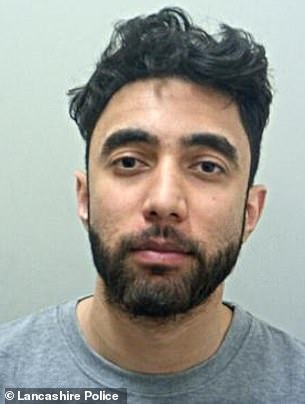 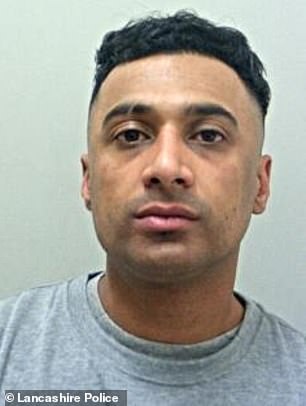 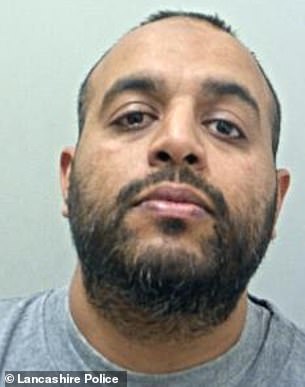 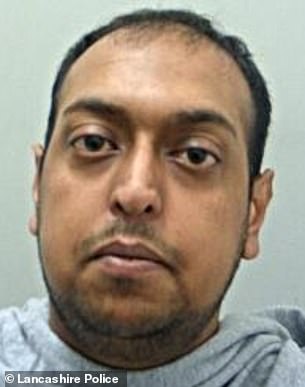 Preston Crown Court learned that the drive-by shooting was organized by Suleman, who was embroiled in a bitter feud with his neighbor and business rival Mr Khan. Left in the photo: Ayaz Hussain. Right: Uthman Satia 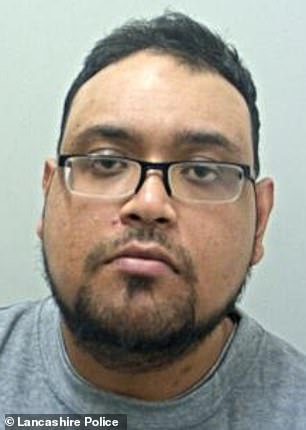 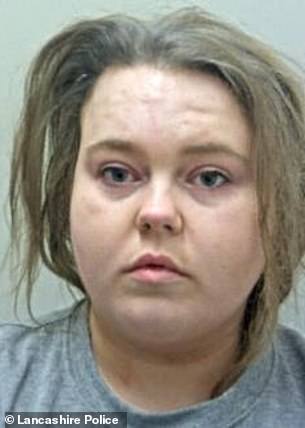 Judy Chapman, of Great Harwood, Uthman Satia’s girlfriend, drove Bolton’s gunman and driver to the Toyota Avensis used to carry out the shooting and then collected them. Left: Abubakr Satia. Right: Judy Chapman

“I would like once again to thank the public, especially the Blackburn community, for their support during this investigation, and the many agents and associates who have worked incredibly hard to uncover the truth to ensure justice for Aya.

“My thoughts today are with her family and everyone who loved her.”

During the trial, the court heard that Aya, an aspiring lawyer, was walking down King Street in Blackburn at 3 p.m. on May 17, 2020, when she was hit.

Aya, a sophomore at the University of Salford, died a short time later in hospital from a single gunshot wound.

Her distraught parents said she was the “most loyal, devoted daughter” who loved spending time with her family. 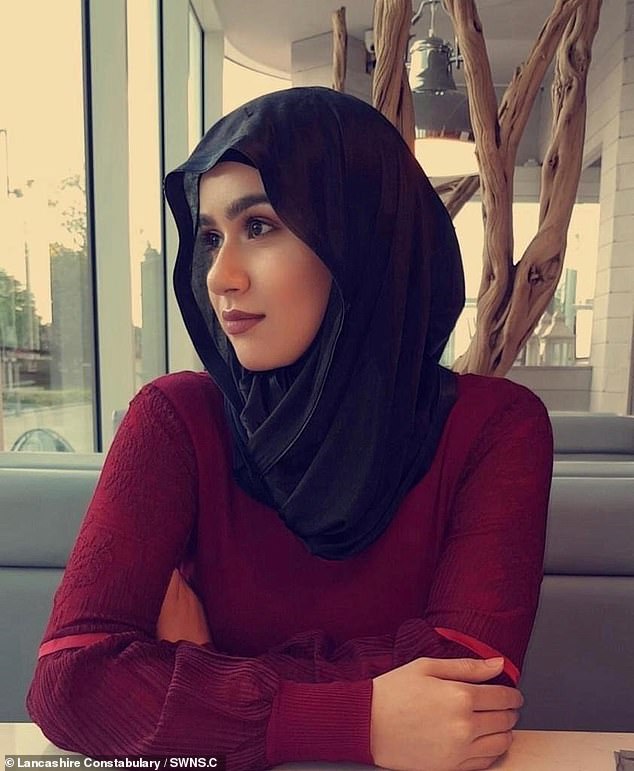 Aya (pictured) had left home to go to the local store to buy food ready for her family to eat when they broke their fast that night, but was hit by a bullet shot from the passing Avensis as she passed Quick Shine Car Wash ran 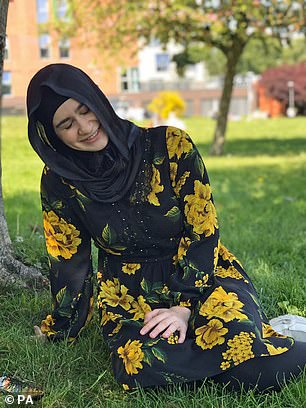 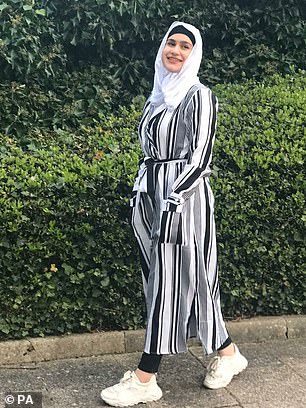 Aya (left and right), a sophomore at the University of Salford, died a short time later in hospital from a single gunshot wound of ‘irreversible’ cardiac arrest

Aya and her family were also known to be deeply involved in the Blackburn community of asylum seekers and refugees.

Her family had fled war-torn Lebanon at a young age for a new life in the United Kingdom, and she had passed her sophomore exam shortly before her tragic death.

She was a trustee with the Children’s Society and won Student of the Year at Blackburn Central High School in 2016.

In a touching tribute online at the time of Aya’s death, Noreen Hussain said, “Aya Hachem was exactly the type of young woman I’d like her to become.”

Aya’s bereaved family previously said, “To our dear beautiful angel in heaven we know you are in a better and more beautiful place.

‘We are so proud of you and we miss you so much – our life is difficult without you.

“You will remain in our hearts forever.

“You loved life and despite all the struggles and barriers we faced in this country, it didn’t stop you from contributing to your community and charities, including the Children’s Society and fundraising at Salford University, where you studied to become a lawyer.

“God has chosen you as an angel in his heaven. Heaven is yours and may God grant us patience after your murder. We love you.’