Florida mother, 30, is charged with child abuse after ‘helping her son beat up another child’

A Florida mother has been charged with assault and child abuse after allegedly helping her son and one of his friends beat up another child on Wednesday afternoon.

Ashley Ruffin, 30, was charged with grabbing the child’s hair and arm during a fight at a sports complex at Indian Trails Middle School, near Orlando.

Witnesses said she restrained the child so her son and his friend could hit him, and at one point brandished a taser, according to the Flagler County Sheriff’s Office.

The school’s resource officer spoke to the boys involved in the fight, and the victim said Ruffin became involved after a fight between two groups of children, police said.

In a Facebook post, the sheriff’s office wrote: “The victim stated that he was sitting with his friends when two children approached him.

“The victim also stated that he believes sometime during the fight that one of the boy’s mothers grabbed and held him while the boys were beating him.”

But mother-of-three Ruffin posted a video to her Facebook page this weekend, insisting the police allegations were “biased.”

She claims she tried to end the fight and would never hurt a child. She also posted photos of her arrest on TikTok. 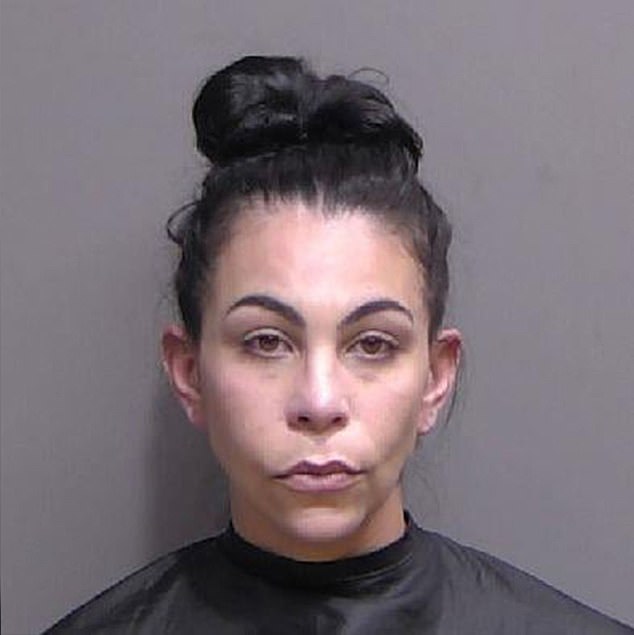 Ashley Ruffin, 30, was arrested and charged with battery and child abuse after allegedly helping her son and his friend battle another child 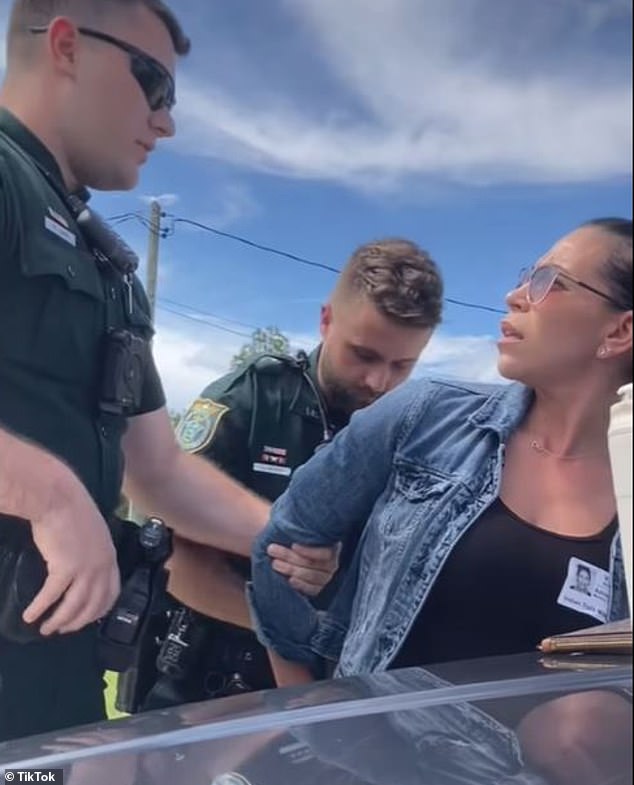 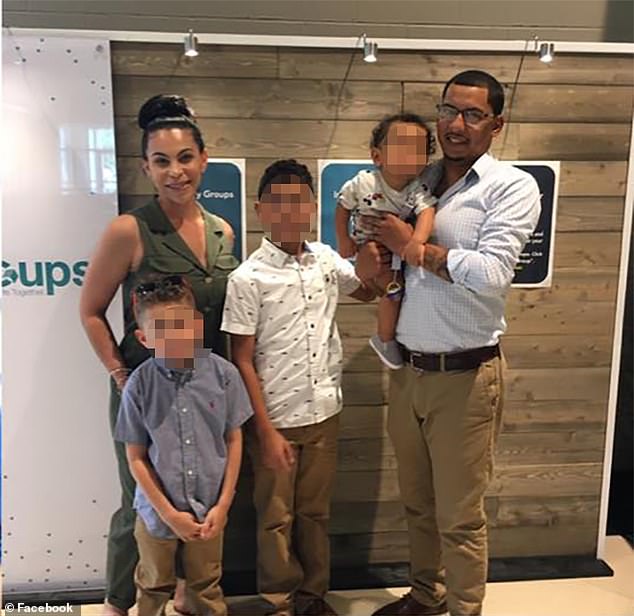 Ruffin says she spent the night in jail after being arrested and released on Sept. 10 after a court hearing of her own accord

“I’m in so much pain because I would never hurt a child and I had to spend an undeserved night in jail away from my new baby,” Ruffin said in the video.

She insisted the fight came after the other child attacked her son the Thursday before, after an altercation during a gym class.

Ruffin’s husband, Miguel Aviila, posted a video online that he believes shows the other boy beating his son in the hallway as he lies on the floor.

Both Ruffin’s son and the other boy have been suspended as a result of Thursday’s fight.

A spokesman for the local police claims they were not aware of the video of the earlier fight until it was posted by Aviila, Flagler Live reports. 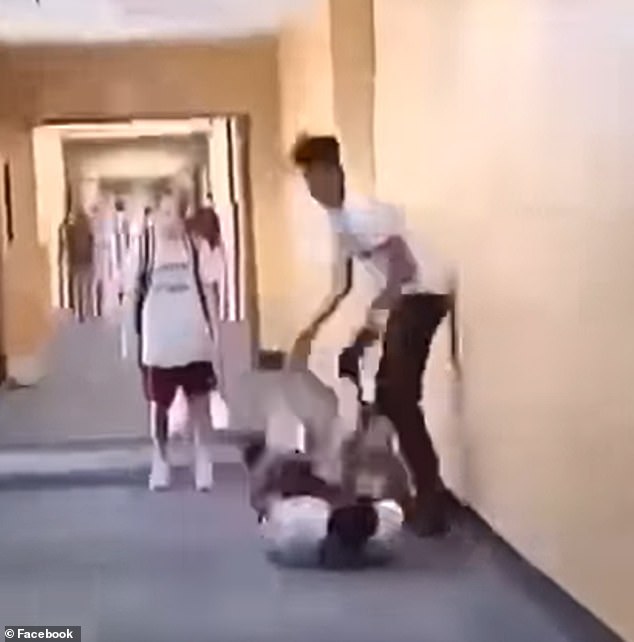 Ruffin’s husband, Miguel Aviila, posted a video online that he believes shows the other boy beating his son in the hallway as he lies on the floor.

Ruffin claims the other boy attacked their son the following Wednesday in retaliation for the earlier fight, and she tried to end the fight after she arrived to pick him up from school.

She said, “I grabbed him by his backpack to pull him off and everyone just thinks I’m some superwoman, like, these kids are big, the kid is bigger than me, I’m only 5’3”, and I’ I pull it off.’

Ruffin added, “I wish you were in my shoes. What would you do if your child was beaten in a school?’

Aviila claims the charges against his wife were fabricated because the other boy’s family discovered they were planning to press charges over the previous attack.

He said: ‘They decided to make up some accusations when we just broke up the fight. Ashley was released without commitment or anything else with no probable cause.

“For anyone who has his or her piece on the situation, go ahead. The truth will come out.” Ruffin released a tearful apology video explaining her side of the story, saying she wanted to end the fight rather than stir something up 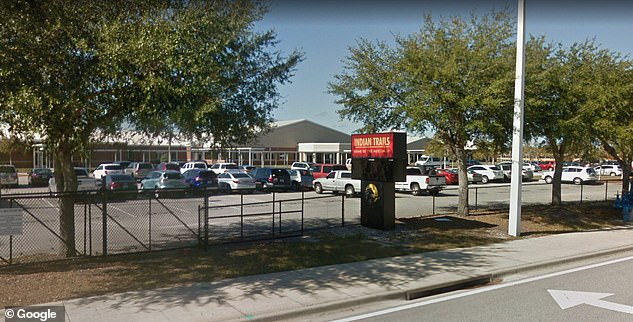 The fight is said to be in retaliation for an earlier incident involving Ruffin’s son and another child at Indian Trails Middle School in Palm Coast, Florida.

Ruffin is now facing a felony child abuse and a battery charge felony.

She was released on her admission after her first court appearance on September 10, with another appearance for arraignment on October 11.

Flagler County Sheriff Rick Staly said, “There is no excuse for an adult, especially a parent, to be physically involved in a juvenile dispute.

“Children should have the leadership of their parents and learn how to handle disputes appropriately.”

He added: ‘I doubt she will receive a mother of the year award.’