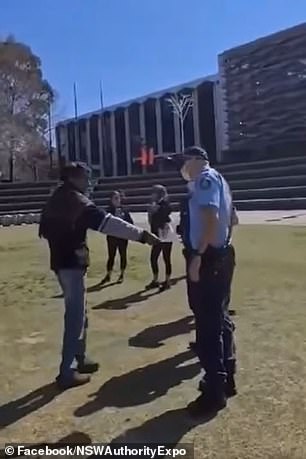 Dramatic footage of a Covid arrest in a park shows a man without a mask being wrestled to the ground by police while angry bystanders claim he has a medical exemption.

The video, widely shared on Facebook, shows a man walking through a park without protective gear, with people closely watching anyone wearing masks in the background.

The man appears to hold up a piece of paper to the police, who turn it down and keep asking if he has a medical clearance before the man yells at a female police officer.

Four officers then proceed to wrestle the man to the ground to arrest him as onlookers gather and yell at the police to let him go.

The clip, which was posted to several Facebook groups on Wednesday, suggests the man had a medical exemption and was trying to hand it over to police prior to his arrest. 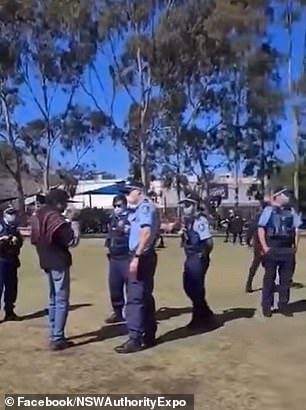 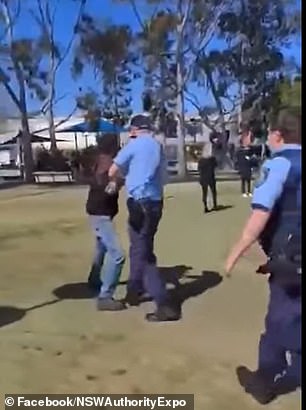 The man who filmed the incident also says he has a medical exemption because the police are trying to handcuff him.

Currently, people in New South Wales are required to wear a mask at all times outside unless they are exercising or have a valid medical clearance.

The video begins with the man walking through the park and being questioned by the police before repeatedly holding out a piece of paper at them.

The police reject the document and continue to ask him why he is not wearing a mask and whether he has a waiver.

In the background, onlookers can hear police say to “leave him alone” as they follow him through the park.

The confrontation heats up as the questioned man tells the videographer to “check his number” as he approaches the officer and films.

The man being questioned then yells at a female police officer before her colleague runs after him and tries to arrest him.

Four officers then approach the man and shout ‘don’t resist’ while onlookers yell at the police to ‘leave him alone’. 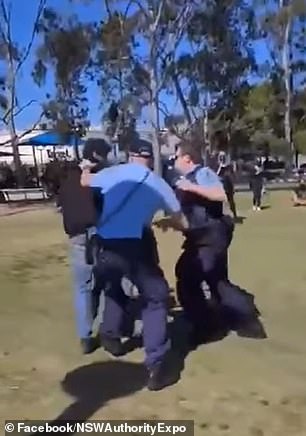 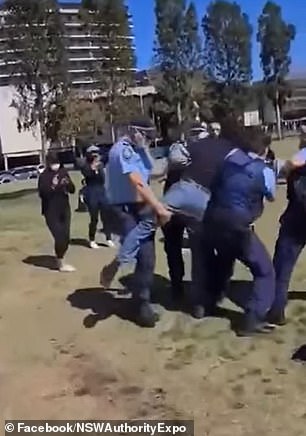 Four officers then approach the man, yelling ‘don’t resist’ as onlookers yell at police to ‘leave him alone’ 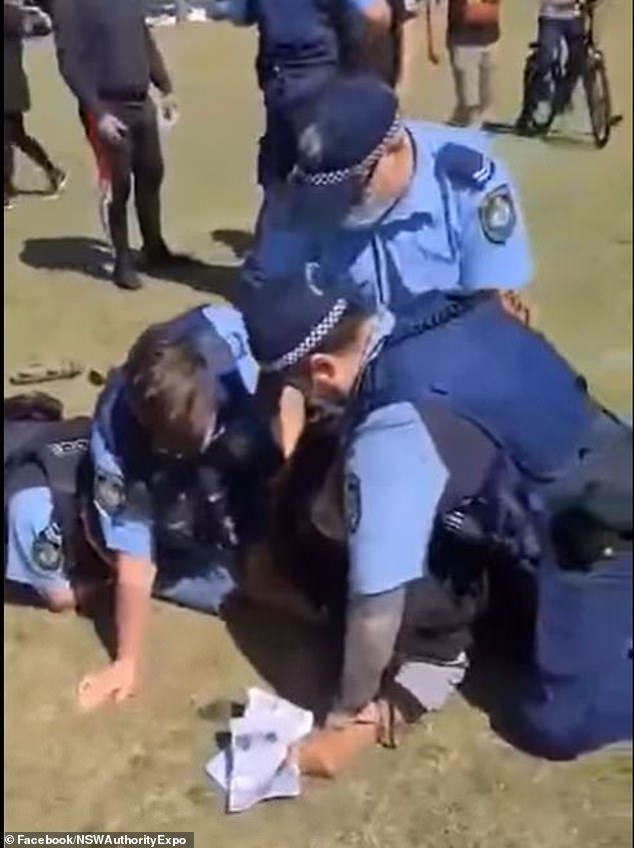 Dozens of people surround the police and call them names, accusing them of racism and arresting the man despite having an exemption.

‘Do you get a $1,000 bonus now? Shame on you guys. This is disgusting,” a woman yells at the officers as someone claps sarcastically over them.

New South Wales recorded another record 1,288 new cases on Thursday as Prime Minister Gladys Berejiklian accused prime ministers in denial of living with Covid as “not living in the real world”.

Ms Berejiklian compared controlling Covid with high vaccination levels not just to flu, but to heart disease, which kills 50 people a day.

“Death is terrible, but we also need to put things in perspective,” she said.

“Accepting Covid is part of our lives, accepting that unfortunately people will die, but they will die less quickly if everyone is vaccinated and this is the reality.”