A congressman from the Dominican Republic led police on a high-speed chase with two suspected drug smugglers in the car when authorities closed the loop on a $500 million cocaine distribution operation.

Congressman Nelson Feliz Feliz was traveling with suspects José Alejandro de la Cruz Morales and Juan Maldonado Castro when he ran away from police in his Toyota Land Cruiser in Santo Domingo Este.

He was eventually stopped on a highway and De la Cruz Morales and former congressman Maldonado Castro were taken into custody – but Feliz Feliz himself was not arrested because politicians in the country have parliamentary immunity.

The attorney general’s office said it would request his arrest by order of the Supreme Court, and has launched an investigation into other members of Congress.

It came as authorities in the Dominican Republic dismantled a drug smuggling ring that allegedly trafficked more than half a billion dollars’ worth of cocaine and hid the illicit profits in a money laundering scheme. 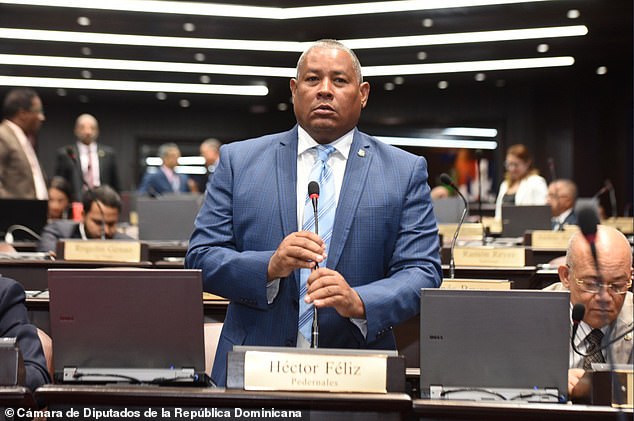 Officials have charged 21 members of a local criminal organization with drug trafficking and money laundering.

Agents, along with help from the Drug Enforcement Administration, seized $4.3 million in cash, more than 100 vehicles and more than 20 luxury watches during more than 100 raids related to Operation Falcon.

A spokesman for the Public Prosecution Service confirmed to DailyMail.com on Monday that a number of suspects will be extradited to the United States.

Among those also facing questions is Senator Héctor Acosta, a Latin Grammy-nominated singer, who allegedly offered to hire one of the suspects as his personal driver in 2020, Hoy newspaper reported.

“Anyone responsible … will be charged and prosecuted,” the director of the prosecutor general’s prosecutor’s office, Yeni Berenice, said Sunday.

According to the attorney general’s office, the criminal network has set up its base of operations in the northern city of Santiago. It had been operating well before 2012 and ramped up operations in 2017. 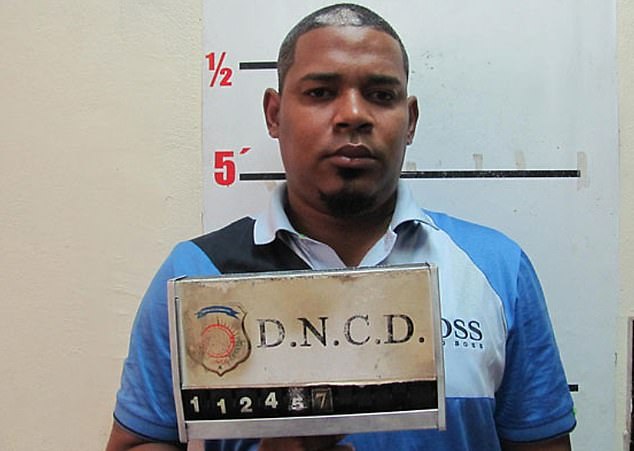 Alleged drug smuggler José Alejandro de la Cruz Morales was one of 21 members of a drug smuggling gang arrested in the Dominican Republic last Wednesday. The attorney general’s office announced on Sunday that it is seeking arrest warrants for members of Congress allegedly associated with the criminal network. 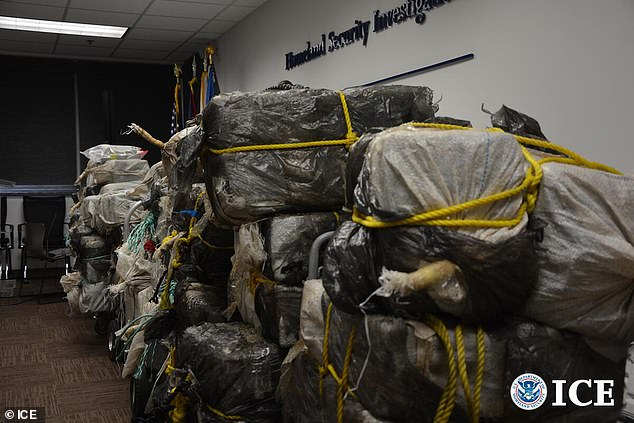 A criminal organization that trafficked cocaine to the United States, Europe and Puerto Rico was brought down last Wednesday during a series of raids in the Dominican Republic. The prosecution revealed that the network used Blackberry BBM messages to arrange weekly shipments of 2,500 kilograms of cocaine on speedboats, fishing vessels and containers. Pictured above is a shipment of 1,786 kilograms of cocaine seized by federal agents from Puerto Rico in November 2016. 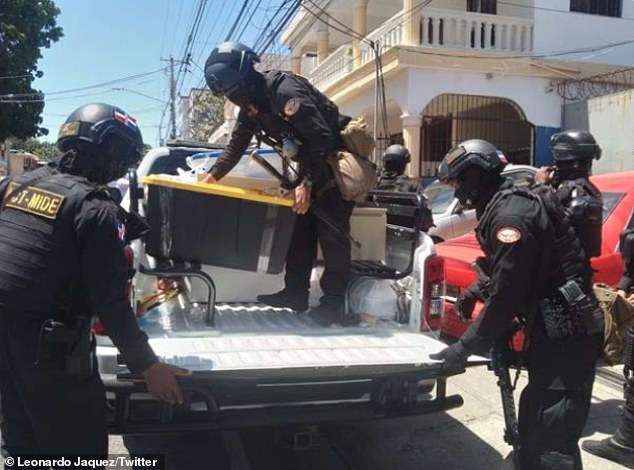 “Those involved were committed to money laundering as a result and illicit profit by mobilizing large shipments of drugs from South America, especially from Colombia and Venezuela, to the Dominican Republic,” the prosecutor said.

The organization was reportedly led by José Alejandro de la Cruz Morales and Erick Randhiel Mosquea Polanco, the latter who has not been arrested.

The group is said to have smuggled 2,500 kilograms of cocaine weekly to the United States, Europe and Puerto Rico on speedboats, fishing vessels and containers, and arrange the shipments via Blackberry BBM messages.

No less than 8,500 kilograms of Type A party drug have been seized between the Dominican Republic and Puerto Rico.

Federal agents in Puerto Rico found a 1,786-pound shipment stored in a residence in the Caribbean Sea on Nov. 2, 2016. And in December 2018, another 500 kilograms of cocaine was seized by Puerto Rico agents. 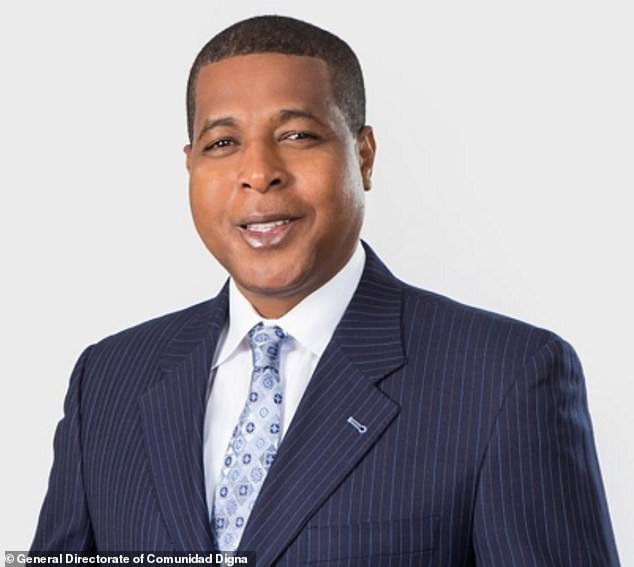 Former Congressman Juan Maldonado Castro, who was appointed director of Comunidad Digna, a department charged with promoting the development and improvement of low-income neighborhoods, in September 2020 by the President of the Dominican Republic, Luis Abinader, is a of 21 members of a drug smuggling network arrested last Wednesday.

In March 2019, the network also lost 1,050 bundles of cocaine shipped by speedboat before the smugglers ran out of fuel 57 miles off the coast of Puerto Rico.

The attorney general’s office said the criminal enterprise also operated an arms trade, moving weapons that were only allowed to be carried by law enforcement officers.

Both de la Cruz Morales and Maldonado Castro are accused of drug trafficking and money laundering.

In September 2020, Maldonado Castro was appointed by President Luis Abinader as director of Comunidad Digna, a department charged with promoting the development and improvement of low-income neighborhoods. He has since been suspended from his position.

Aside from the criminal organization’s drug-smuggling activities, the Attorney General learned through a series of BBM messages that revealed that Mosquea Polanco allegedly funded the successful 2020 campaign of Congresswoman Nelson Marmolejos Gil, of the Modern Revolutionary Party.