Dominic Raab rules out handing aid cash to the Taliban

The Foreign Secretary said the UK is unwilling to put the group in charge of development spending and that all efforts will be channeled through humanitarian organisations.

Speaking in Islamabad, Pakistan, Mr. Raab challenged the Taliban to create a “safe environment” in which aid organizations can operate and help Afghan civilians.

He said this will be an “early test” for the group as he stressed that “no one wants to see Afghanistan’s economic and social fabric collapse.” 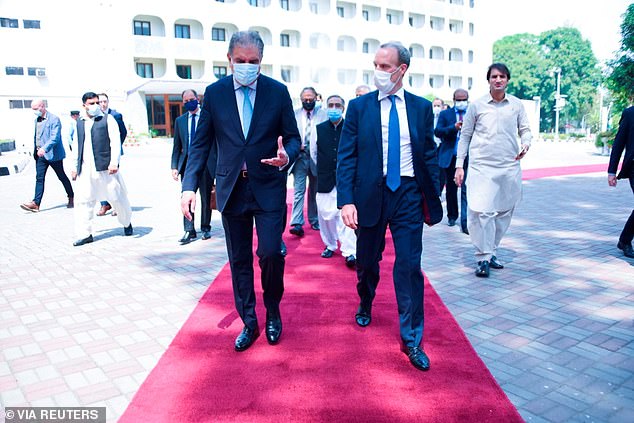 Dominic Raab today ruled out handing over international aid funds directly to the new Taliban regime in Afghanistan. He is pictured next to Pakistani Foreign Minister Shah Mahmood Qureshi 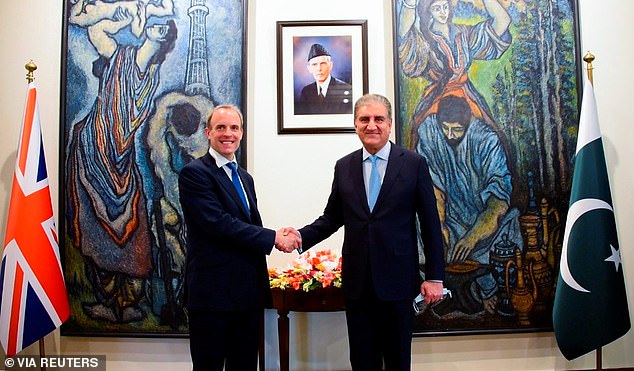 Boris Johnson has doubled the UK’s aid contribution to Afghanistan to £286 million this year.

The Foreign Office has announced that £30 million of that money will be released to Afghanistan’s neighbors to help people who want to leave the country after the withdrawal of British and American troops.

Mr Raab has already ruled out formal recognition of the Taliban regime for the foreseeable future and today said the group will receive no support from Britain.

He said, “As for aid, look, there are two areas of focus and again, this comes back to some of the early tests for the Taliban.

“No one wants to see the economic and social fabric of Afghanistan collapse.

“I don’t see how that would be in the interest of the Taliban, let alone ordinary Afghans, we certainly don’t want that to happen.

“So we would be willing to fund aid not through the Taliban, but through the humanitarian organizations operating in Afghanistan.

‘There has to be a safe environment for that. So again, that’s an early test for the Taliban, but we’re willing to make sure we do our part for the international community to fund the humanitarian organizations, the lifeline for ordinary Afghans.

“But there has to be a safe and tolerant environment for that.”

It came as Mr. Raab again insisted that the speed of the Taliban takeover of Afghanistan had taken the US, UK and NATO by surprise.

He said: ‘I think it’s fair to say that the takeover was faster than anyone expected, not just the UK or the NATO allies, but I was talking to our friends here.

“And I suspect the Taliban and ordinary Afghans were taken by surprise.

“I think there was widespread surprise at the speed with which the consolidation of power took place.”

It is official! Cristiano Ronaldo confirmed as top goalscorer in international men’s football