A DNA analysis of prehistoric humans reveals that mating between cousins ​​is more common today than it was in the past 45,000 years ago.

Max Planck Society scientist analyzed DNA from remains of 1,785 individuals and found that only 54 of the subjects, or three percent, had the typical signs that their parents were cousins.

This compares to the more than 10 percent of all marriages worldwide today that take place between first or second cousins.

The team notes that the 54 individuals whose parents were cousins ​​were not clustered in space or time, showing that cousin mating was sporadic in the ancient populations studied. 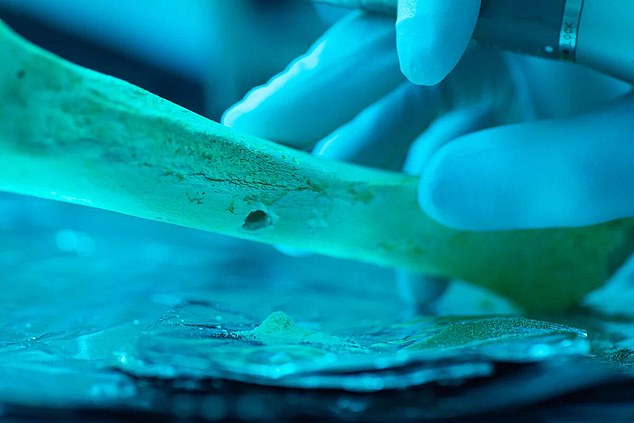 A DNA analysis of prehistoric humans reveals that mating between cousins ​​is more common today than in the past 45,000 years ago

According to the study published in nature communication, is the only ‘archaeological cluster’ (defined in annotations of the source dataset, modified for readability) with more than two individuals ‘Iron Age Republican Rome’.

Those with parents who were cousins ​​were also found to have lived in the Pontic-Caspian Steppe region between 2600 and 1500 BC.

And another group was identified in the late pre-contact Andean region.

Specifically, 11 out of 54 individuals with a long ROH [Runs of Homozygosity, which is a sign parents were cousins] are located on islands: arranged by time and using the cluster annotations from the publicly available dataset (adjusted for readability) these are: ‘Sardinia Early Copper Age’, ‘Sweden Megalithic, ‘England Neolithic’, ‘Chilean Western Archipelago’, ‘England C-EB,” “Russia Bolshoy,” “Vanuatu 1100 BC,” “Argentina Tierra del Fuego,” and “Indian Great Andaman,” read the study.

To compare ancient DNA with today’s, the team performed the same analysis on 1,941 modern individuals and found that 176 of them had ROH. 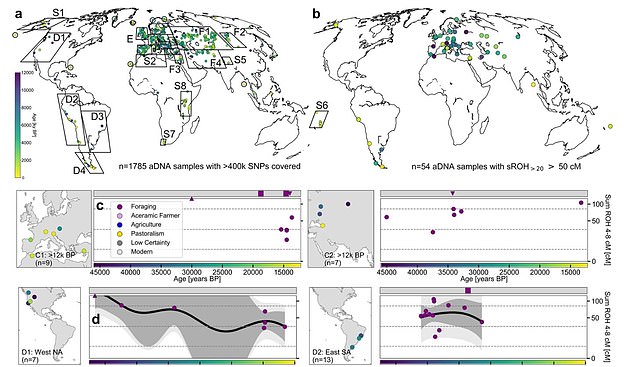 Scientist at Max Planck Society analyzed DNA from remains of 1,785 individuals and found that only 54 of the subjects, or three percent, had the typical signs that their parents were cousins

Those with parents who were cousins ​​were also found to have lived in the Pontic-Caspian Steppe region (top left) between 2600 and 1500 B.C.

“This signal has been described previously and reflects the estimated prevalence of cousin marriages.”

To discover these results, the team designed a new computational tool to screen ancient DNA for parental relatedness.

This method detects long stretches of DNA that are identical in the two DNA copies, one inherited from the mother and one from the father.

The more closely related the parents, the longer and more abundant such identical segments are.

Harald Ringbauer of the Max Planck Institute for Evolutionary Anthropology, the study’s principal investigator, said in a statement: “By applying this new technique, we could screen more than ten times as many ancient genomes than was previously possible.” 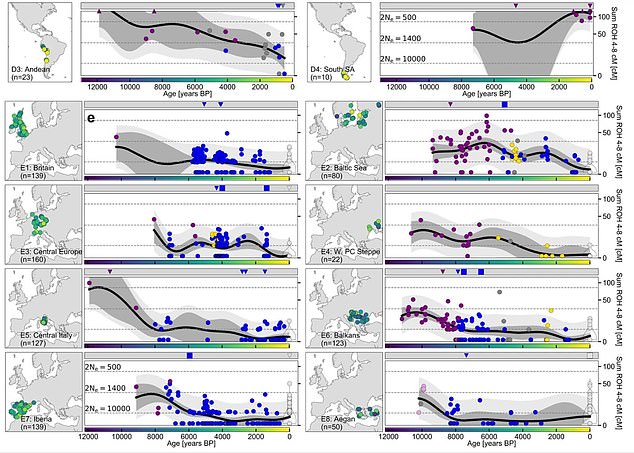 According to the study published in Nature Communications, the only “archaeological cluster (defined in annotations of the source dataset, adjusted for readability) with more than two individuals is “Iron Age Republican Rome”

Such kinship arises from the typically many unknown distant relationships within small populations.

As the main result, the researchers found a substantial demographic impact of agricultural technological innovation.

This was always followed by a clear decline in background parental relatedness, indicating an increasing population size.

By analyzing time transects from more than a dozen geographic regions around the world, the researchers previously expanded evidence that population size increased in societies that practice agriculture compared to hunter-gatherer livelihood strategies.