A Deliveroo driver has been fired after threatening to steal a disabled customer’s weekly Aldi store before calling him a ‘dumb white b*****d’ when he complained.

Matt Dutton, 24, from Liverpool, who is visually impaired, relies on deliveries for food and other essentials, so used the delivery service to get £50 worth of groceries. 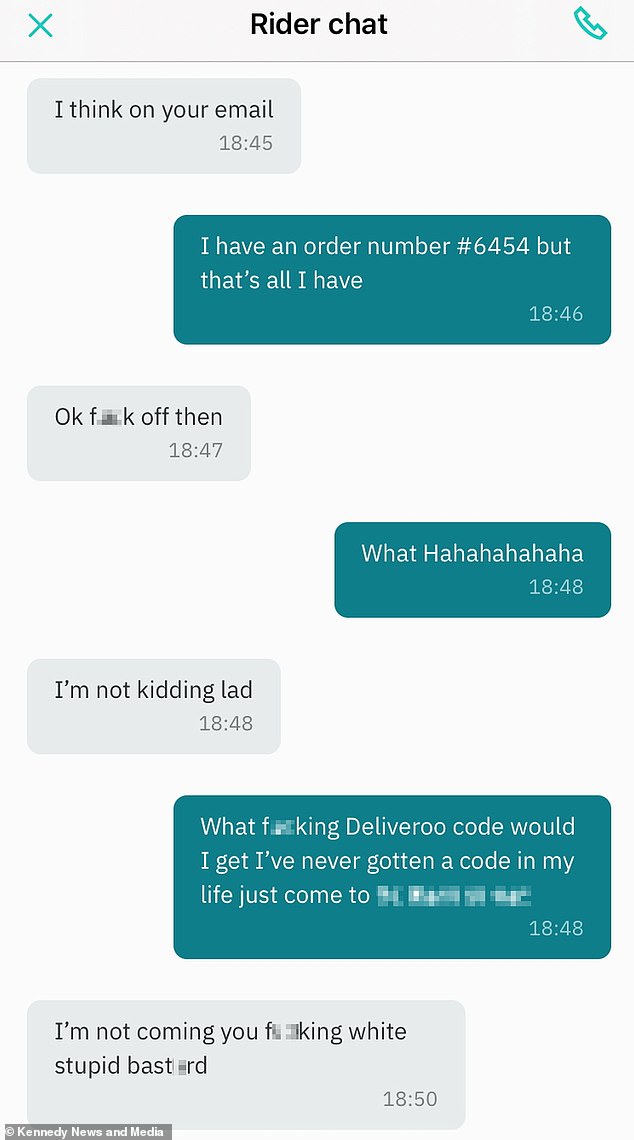 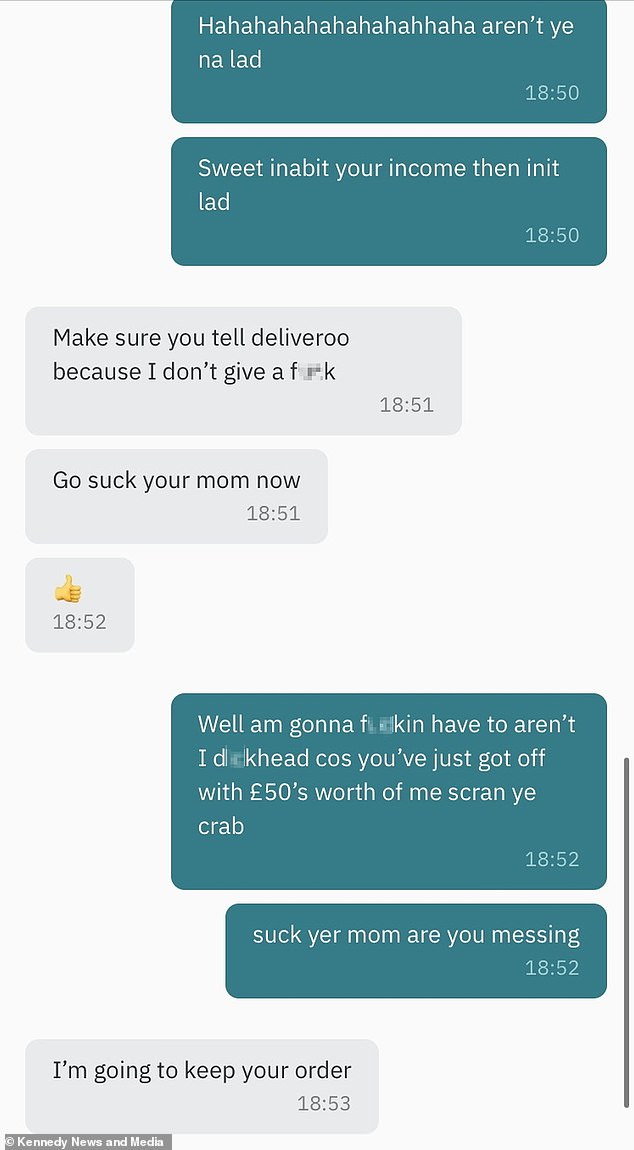 When NHS Track and Trace employee Mr Dutton said he only had an order number, the Deliveroo employee became furious and told him to fuck off.

Mr Dutton began begging for his food and repeated his address – but the driver told him he ‘wouldn’t come’ and used the slur.

The full exchange between Matt Dutton and a Deliveroo driver

[After the driver apparently asked for a delivery code and Matt Dutton said he didn’t know how to find it.]

Driver: “I’m thinking about your email.”

Driver: ‘Okay, fuck off then.’

Mr Dutton: ‘What f***ing Deliveroo code would I get, I’ve never gotten a code in my life [street name redacted].’

Driver: ‘Make sure you tell Deliveroo because I don’t care. Now go suck your mother.’

Mr Dutton: Well, I’ll have to, dammit, won’t you, ’cause you just got off with £50 worth of my scran ye crab. Suck on your mother, are you screwing around.’

The driver even urged Mr Dutton to tell Deliveroo, claiming he didn’t care and bragging that he would ‘keep your order’.

Deliveroo said they have a ‘zero tolerance’ approach to any form of discrimination or harassment’ and claimed the rider was ‘terminated with immediate effect’.

Mr Dutton said: ‘I was completely stunned and my first reaction was to laugh. I was not upset but I was so shocked and frustrated because I rely on these services to do my shopping as I am disabled.

‘It was my weekly shop so all the regular stuff, milk, bread, floor cloths and bleach. I was trying to stock up because I’m visually impaired and it’s hard for me to go to the stores.

“The driver did the shop and on the way to mine he asked if I had a code to give him for an extra security measure.

“I don’t know if it’s a new Deliveroo product, but I didn’t have a code in my emails or anything.

“He kept asking for it and then said he didn’t come and didn’t bring my groceries. Aldi is only about 15 minutes away. He was halfway through mine and decided he didn’t care.’

Deliveroo has promised to refund Mr Dutton for his order and give him £50 in credit, which he spent on a takeaway.

Mr Dutton said: ‘When you shop at Aldi you can get a lot of food for £50 and I had stocked up on real food and cleaning supplies so I didn’t have to go out.

‘I still don’t have any food and I’ll have to send a friend to get me from my grocery store.

“I’m really not happy with his behavior or the fact that I didn’t get my groceries. I just think it’s completely unfair.

“I totally understand the gig economy and the high pressure, the stressful nature of this job, but the people you meet aren’t always just lazy people craving a takeaway. 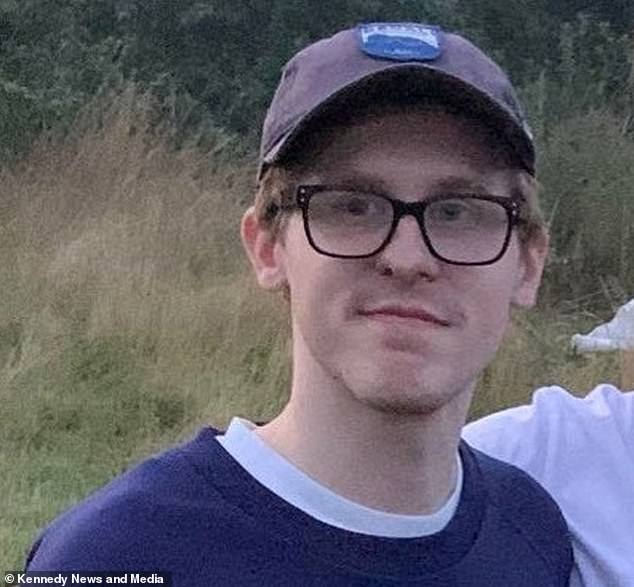 Matt Dutton, 24, from Liverpool, who is visually impaired, relies on food deliveries

“These services are extremely beneficial to the disabled community and I wish more attention was paid to us.

“I don’t expect any special treatment, but the right treatment would be a start.”

A Deliveroo spokesperson said: ‘Deliveroo has a zero-tolerance approach to any form of discrimination or harassment.

“The incident has been dealt with urgently by our escalation team and the rider has been fired with immediate effect.”