By Richard Tanner for The Daily Mail

Daniel Farke was encouraged by the transformation of his Norwich players from soft touch to hard-nosed.

A first clean slate and a point on Turf Moor provided the beleaguered Canary Islands with a platform to build on – and some hope.

After 16 goals in their first six Premier League games, Norwich rolled up their sleeves to frustrate Sean Dyche’s hopes of celebrating his 400th game as Burnley leader with a win. 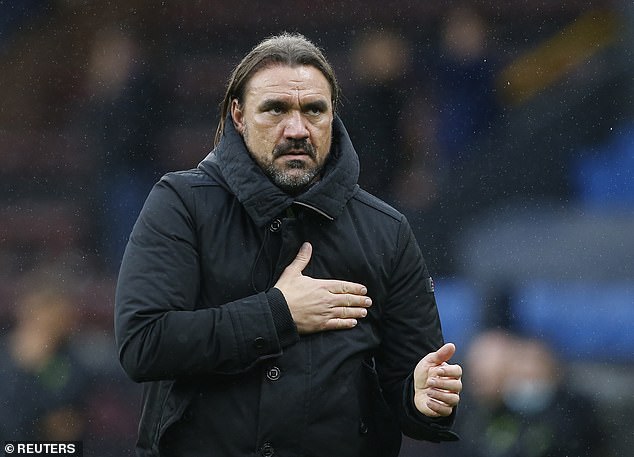 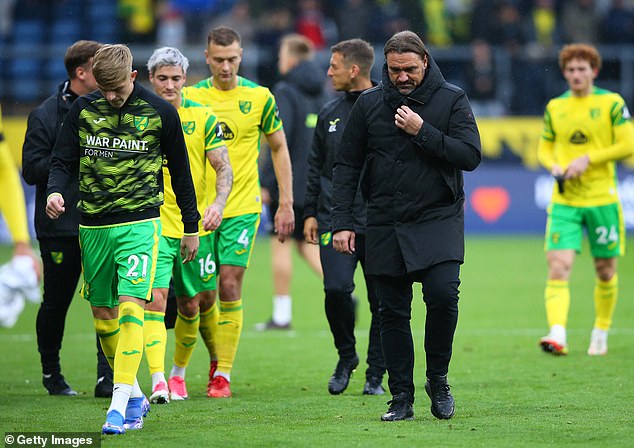 It wasn’t pretty, but Farke (right), who again used a five-man defense, wasn’t too bothered by it

It wasn’t pretty, but Farke, who used a five-man defense for the second week in a row, wasn’t too bothered by it. He has had enough of praise for playing beautiful football without any reward.

“Sometimes we can be very good in possession, but sometimes we are a little bit gentle, naive and inexperienced,” he said. “So to show this resilience against a very experienced, physical side with a direct approach is nice. We showed some steel. It’s a step, but we need to make many more.’

For the Norwich players, it was more a matter of relief than celebration after ending a morally sapping 16-game losing run in the premier league. 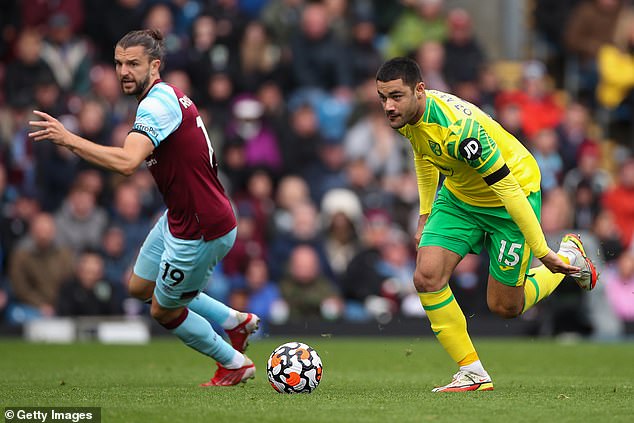 If Norwich can reproduce this kind of discipline, they can defy all odds of staying afloat

There is a long, hard battle ahead, but if they can reproduce this kind of defensive discipline every week, they can defy all odds and avoid a quick return to the championship.

“We knew what to expect here and we know how Burnley plays,” said midfielder Kenny McLean. “We dug in and went foot in hand with a good team. They are very good at what they do.

“It’s a decent point, but it’s not something we’re going to celebrate. It’s something to build on, especially with a clean slate.’ 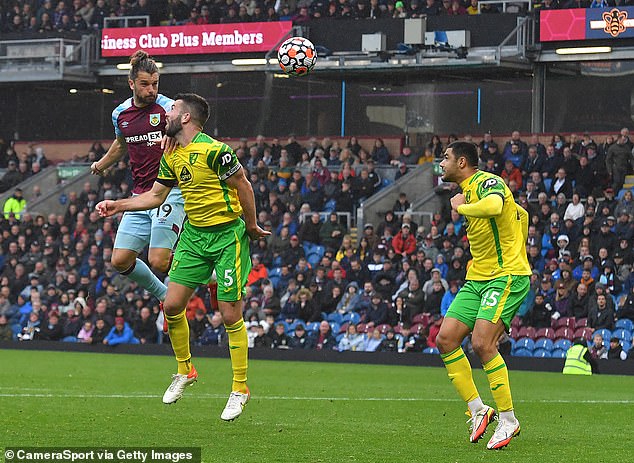 Norwich may have managed to get their first shutout of the season, but on the other hand, they haven’t solved the problem.

They have only scored twice – a penalty – in seven games. Mathias Normann came closest to breaking that record with a free kick saved well by Nick Pope and a shot that hit the crossbar.

Burnley is also struggling for goals and wins as they pray that penalties will be in their favour. Matej Vydra was asked for three penalties by referee Kevin Friend before he fled in a daze after taking full force from Tim Krul’s fists as the Norwich goalkeeper tried to clear a cross. “I don’t remember what a clear penalty is for us,” Dyche said.