DAN HODGES: What happens the next time Boris Johnson turns to voters and begs: Please trust me?

In recent months, ministers and Tory MPs have become increasingly concerned about Boris Johnson and his erratic political agenda.

Hug-a-fish environmentalism. Confusion, contradiction and prevariation about Covid passports. An obsession with expensive vanity projects like an Irish Sea Bridge. 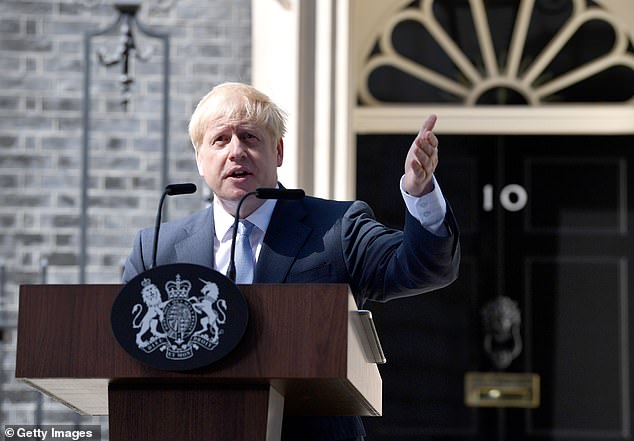 Nick Clegg was only caught telling a huge lie to the electorate. But while unleashing his £12bn tax raid on social care, Boris has told three 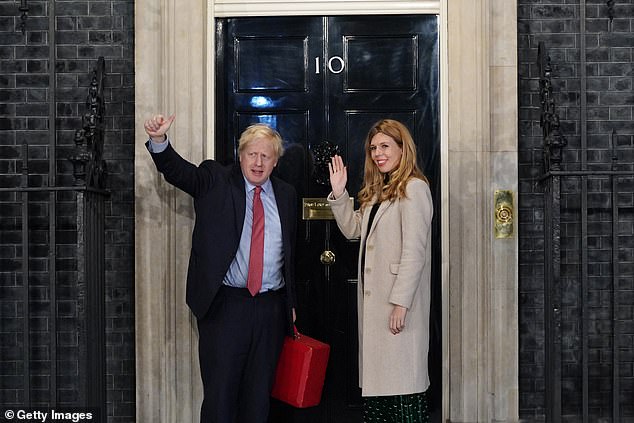 Only £5.3bn of the expected £36bn will actually be spent on social care in the first three years of the tax hike

This morning, after a week in which the prime minister has formally let the Conservatives’ reputation as the low-tax party rest, those same MPs are no longer concerned that Boris is the new Ed Miliband.

Instead, they fear he has become the next Nick Clegg.

“It’s a disaster,” a desperate backbencher told me. “We have betrayed our own voters. This is Boris’s tuition fee moment.’

It’s not. Nick Clegg was only caught telling a huge lie to the electorate. But while unleashing his £12bn tax raid on social care, Boris has told three.

The first lie was the most blatant. “We are not going to increase the rate of income tax, VAT or national insurance,” he said at the launch of his election manifesto.

“Read my lips, we will not raise taxes,” he told broadcaster Nick Ferrari.

“If Jeremy Corbyn were allowed into Downing Street, he would blow up your taxes,” he warned in his first party conference speech as leader. “Corbyn would impose taxes on everyone.”

Corbyn didn’t. But Boris just has that.

The second lie was about the reason for the tax increase. It was time to solve the social care crisis, the prime minister announced. “Governments have avoided this problem for decades. There can be no more hesitation and delay.’

But no sooner had his plans been revealed than it became clear that the hesitation and delay will continue. During the first three years of the tax increase, only £5.3bn of the expected £36bn will actually be spent on social care.

Most of the revenue will be channeled into NHS waiting lists. Nor is there any guarantee that additional social care resources will be provided after that period. When asked, Health Minister Sajid Javid could not even guarantee that the new £30bn tax would be enough to clear the NHS Covid backlog.

The third lie was about the justification for this manifest-fragmented tax hike. “A global pandemic was in no one’s manifesto,” Boris pleaded. True. But the social care crisis did not happen overnight.

When the manifesto was drafted – long before Covid reared its ugly head – there was no suggestion in it that a magical money tree had been found that would bring in an additional £12 billion a year to end the injustices of the broken social UK health care system. 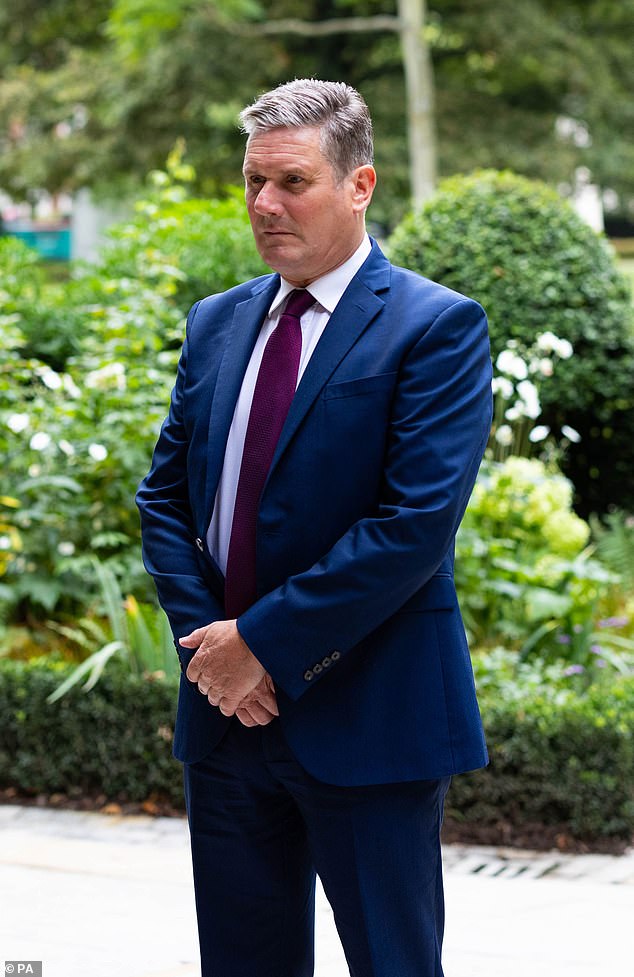 This isn’t necessarily fatal, of course, as Keir Starmer is still unable to effectively attack the Tories’ crumbling right flank.

The idea that social care was about to be dissolved, only for the nasty virus to come along and ruin everything is a fantasy. If Boris had just been left with waiting lists and announced ‘Covid has left us with millions of untreated patients. It was not something we could have foreseen when the manifesto was written. I’ll have to raise taxes until the situation is resolved,” that would have been one thing. It may at least have enjoyed public understanding, if not support. And might have been seen as a legitimate response to a global crisis, rather than a blatant violation of the manifesto.

But that’s not what he does. Instead of a one-time emergency cash injection, he’s decided to put his great tax treason into law and foreclose on forever. As a result, Labor has taken its first lead in the polls since January.

And the spectacle of him railing against a £36bn NHS injection will only enhance the impression that he remains the leader of Her Majesty’s Loyal Opportunists.

But this isn’t just an unfortunate blunder, one that will eventually be dismissed with a little riveting roar and a sweet look back at getting Brexit done. Permanent damage has been done to Boris and his party.

“At least he’s been brave enough to finally get a handle on this matter,” some people have claimed. No he has not. The person who showed genuine political courage over social care was Theresa May.

She was open about the need to finally address the crisis, she had the audacity to align it with voters, and she paid the political price. Boris has tried to sneak his policies past the electorate, concealed in a hospital gown and Covid mask.

Others have argued that he should be applauded for this subterfuge. That it is politically smart to use the pandemic as a cover for introducing policies that will benefit a significant number of Tory voters.

But again, the polls show that this theory is bankrupt. It is true that a detailed YouGov analysis shows that a majority of conservative voters are behind the plan. But 34 percent are against it – 19 percent of them are strong. And any policy that alienates one in three of your party’s existing supporters is political suicide.

Forget the esoteric – and ultimately subjective – debate about whether policies are socially progressive or regressive. Also, put aside the arcane argument about whether it is enough ‘Tory’. Boris’s appeal has always been based on his pragmatism, not on any commitment to a preconceived ideology.

All people need to focus on – amid the clumsy sophistry of the past few days – is one single truth. That is, Boris has made a solemn vow to the British people not to raise their taxes. And he broke it.

Since his election, Boris’ opponents have been trying to defraud him as a perfidious charlatan. And they have failed.

In part, that’s because its roguish, nod-and-a-wink charm proved refreshing in an age of holier-than-thou political hypocrisy. In part, it’s because voters see deception to some extent as the currency of politics.

And partly it’s because Boris delivered what he said he would deliver on the big issues – Brexit, the Covid vaccine.

But from now on, those allegations will stick. He could have equalized with voters, been honest and open about raising their National Insurance premiums, and asked for their mandate in an election most MPs believe is just over 18 months away. 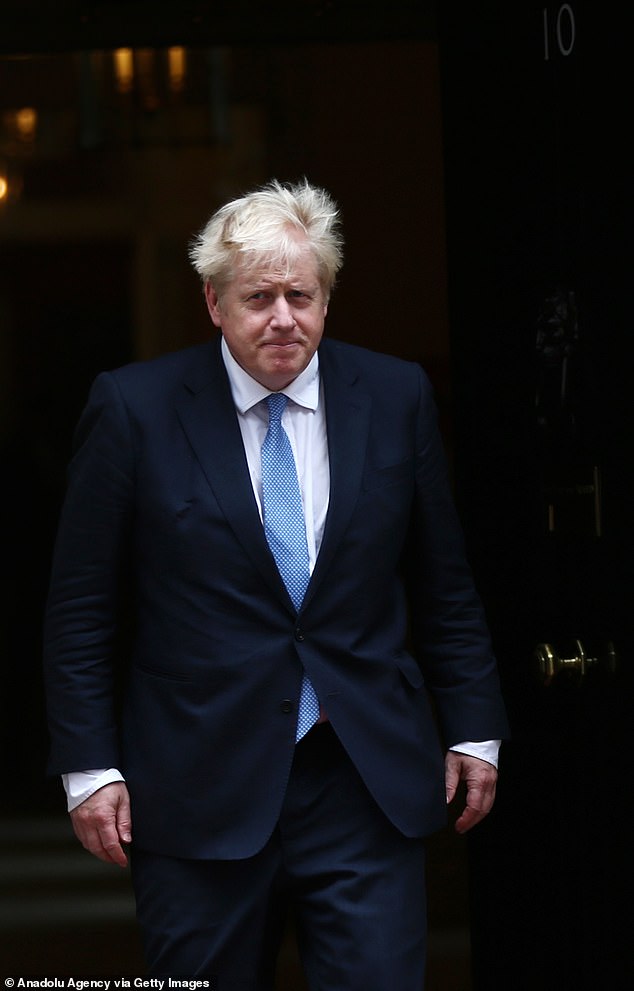 The polls can fluctuate. Starmer can waver. But in the coming months or years there will come a time when Boris will once again turn to the British people and say, ‘Please trust me’

Instead, he has chosen to join the Missionary Politicians. That grey, faceless column of good natured plutocrats who believe that people are too stupid or too slow to understand what is good for them. And that, as a result, the only way to rule is to lie, have a policy anyway, and hope they eventually forget or forgive it.

But whatever happens, the breach of faith has now been made. And it cannot be undone.

The polls can fluctuate. Starmer can waver. But there will come a time in the coming months or years when Boris will turn to the British people again and say, ‘Please trust me.’ And they’ll raise an eyebrow and refer him back to last week’s events.

He will try to expose Labour’s own honeyed promises. And notice that his accusations are falling on deaf ears. The next Tory manifesto? If it was written by Boris, it will hardly be worth the paper it is written on.

“Read my lips,” Boris told the British people, “we’re not going to raise taxes.” And then he did.