Cybersecurity star Darktrace wants to cut his losses to £5m

Cybersecurity star Darktrace will cut his losses to £5m this week following his blockbuster show in London.

The Cambridge-based company, led by CEO Poppy Gustafsson, will publish its annual results on Wednesday. Analysts expect it to book sales of £201 million for the year to June 30, up from £144 million in 2020.

Darktrace is still on track to make a net loss of £5million. However, that’s less than £20.7 million last year. 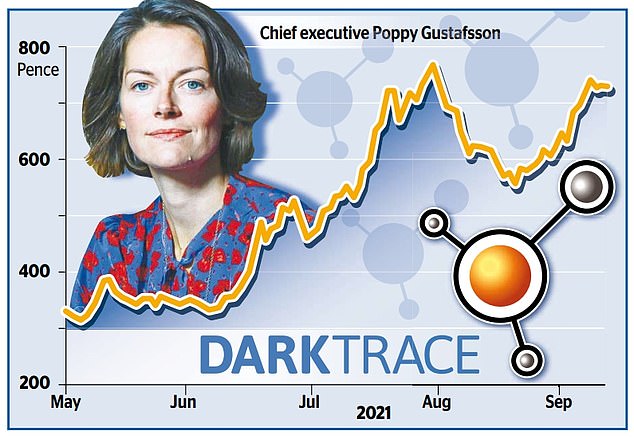 The company has previously warned investors that it could remain loss-making as it pursues rapid expansion, including pumping money into research.

Darktrace was valued at £1.7 billion in April, or 250 pence per share.

But since then, the stock has risen to 728p, which values ​​it at £5bn. But the involvement of British tech billionaire Mike Lynch, whose Invoke Capital was Darktrace’s first shareholder, has cast a cloud.

Lynch is accused of cooking the books at his former company Autonomy before it was sold to US giant HP in 2011. He is currently fighting extradition to the US and denying fraud charges.