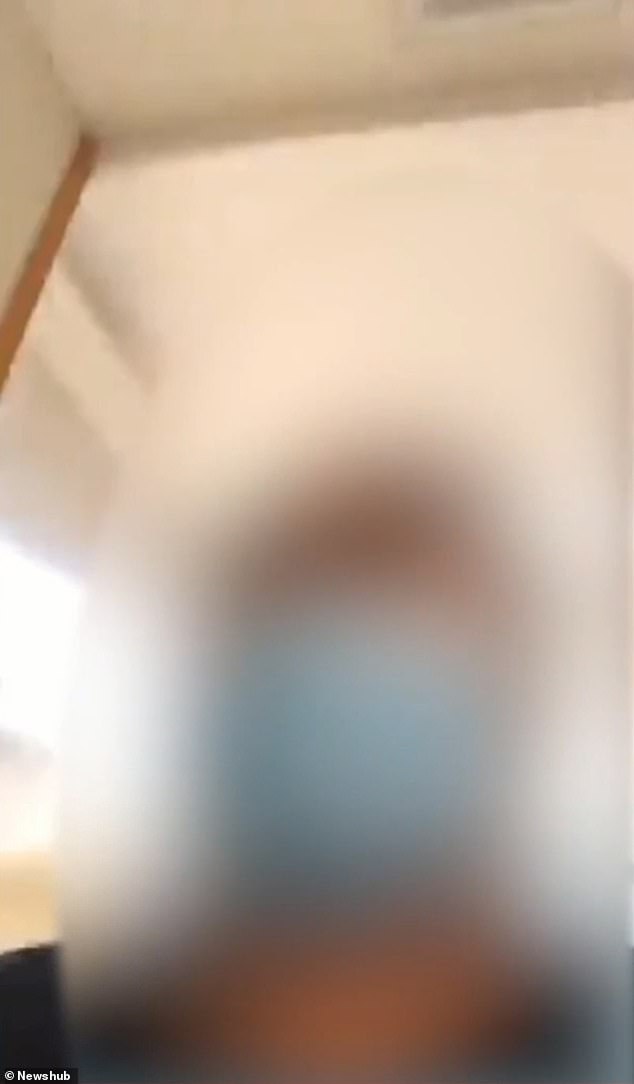 A Covid-infected family has been moved to another quarantine facility after the mother stormed out of her room and aggressively confronted staff over a meal she thought was half-eaten.

In a live stream posted to Facebook on Wednesday afternoon, the woman claimed her children had been given a ‘half-eaten pizza’ from staff at Novotel and & Ibis Ellerslie, a hotel quarantine facility in Auckland, New Zealand.

The Covid-positive woman began filming the incident and ran furiously with her pizza box several floors down to the reception of the hotel’s quarantine facility.

The woman said, ‘Pizza. Lunch. And they fucking bring it and it’s fucking half eaten… They don’t want us to come down and this is the shit they fucking do?’

The woman continued to film the incident as she entered the front desk and began yelling for staff and knocking loudly on the office door.

‘Who’s here? Who’s in the office? I called to tell you that we have damn pizzas already eaten, given to my damn kids,” the woman yelled.

The woman continued to abuse the staff for minutes, where she banged on the door and threw items around the lobby.

“Don’t give me a fucking attitude on the phone and then expect me to come here and find you. Get the f**k out of here, you stupid bitch,’ she said.

A covid-infected mother filmed her confrontation with staff at the hotel’s quarantine facility in Auckland, New Zealand over a delivered meal that she said was half-eaten

After military personnel intervened, the woman returned to her room and told the personnel not to do this again or she would have to come back.

While the woman was wearing a mask, it is against regulations for those infected with the virus to leave their rooms at any time.

The woman took to Facebook again after the incident, explaining that it had taken hours for lunch to be delivered to her children, and that she had previously waited a day for staff to bring medicine to her sick child.

Brigadier Rose King, the joint head of Managed Isolation and Quarantine in New Zealand, said in a statement meal service was delayed on the day and the pizzas were delivered to the family around 3pm.

Brigadier King said, “We have assurances that the food could not have been delivered incompletely. The most likely scenario is that the pizza was damaged during the delivery process.’

She said the facilities staff did their best to meet people’s needs and apologized when things didn’t go so smoothly.

“I understand that being in quarantine, especially with children, can be very stressful, especially for New Zealanders who never expected to be in this situation. Abuse against anyone is not acceptable,” Brigadier General King added.

Brigadier King confirmed that staff approached by the Covid-positive woman are in isolation and the family has also been moved to another facility.

The woman has gone on to post several videos on Facebook to update her followers on the incident, telling others in quarantine to “stand your ground against essential workers who think it’s okay to put down on us.” to look’. 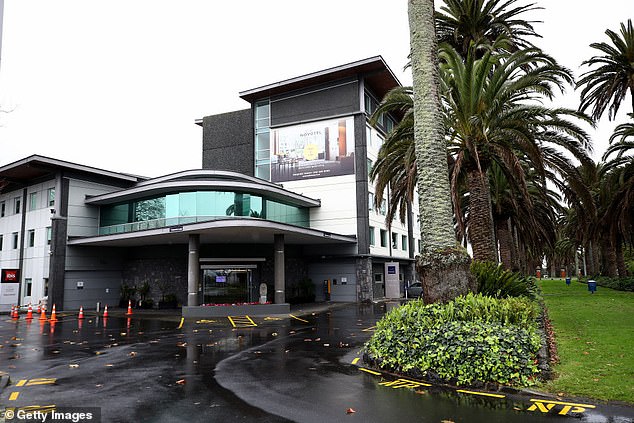