Covid cases plateaued in England last week but remained stubbornly high at 766,000 as infections in Scotland rose 170% in a fortnight after schools went back, official data shows

Covid cases in England reached a plateau last week, official estimates suggested today – but in Scotland they are up 170 percent in two weeks.

Office for National Statistics random swab an estimated 766,100 people were infected with Covid on any given day in the week to August 27, or one in 70 people had the virus.

This was barely a change from 756.00-odd in the previous seven-day period, and an increase of less than 10 percent from the number of cases estimated a fortnight ago.

But in Scotland – where schools opened in mid-August – the ONS said 69,500 people were infected or one in 75 residents, a huge increase from the 25,900 recorded two weeks ago.

Experts fear England will face a wave of Covid cases similar to Scotland’s in the coming days as pupils return to classrooms this week and the following week. There are concerns that these could spread to older age groups, who are vulnerable to the virus.

A group of scientists today called for vaccines to be offered to 12 to 15-year-olds. 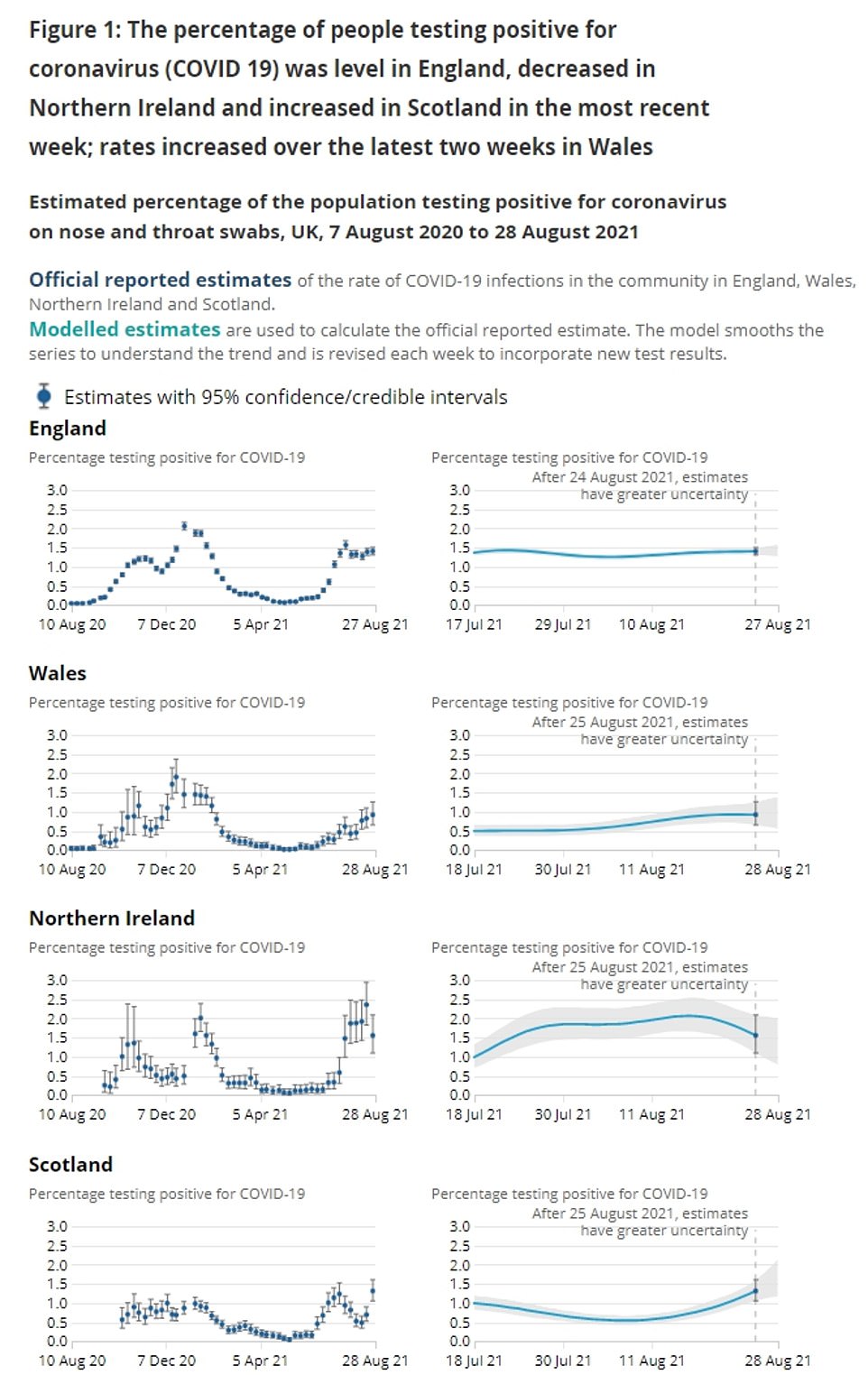 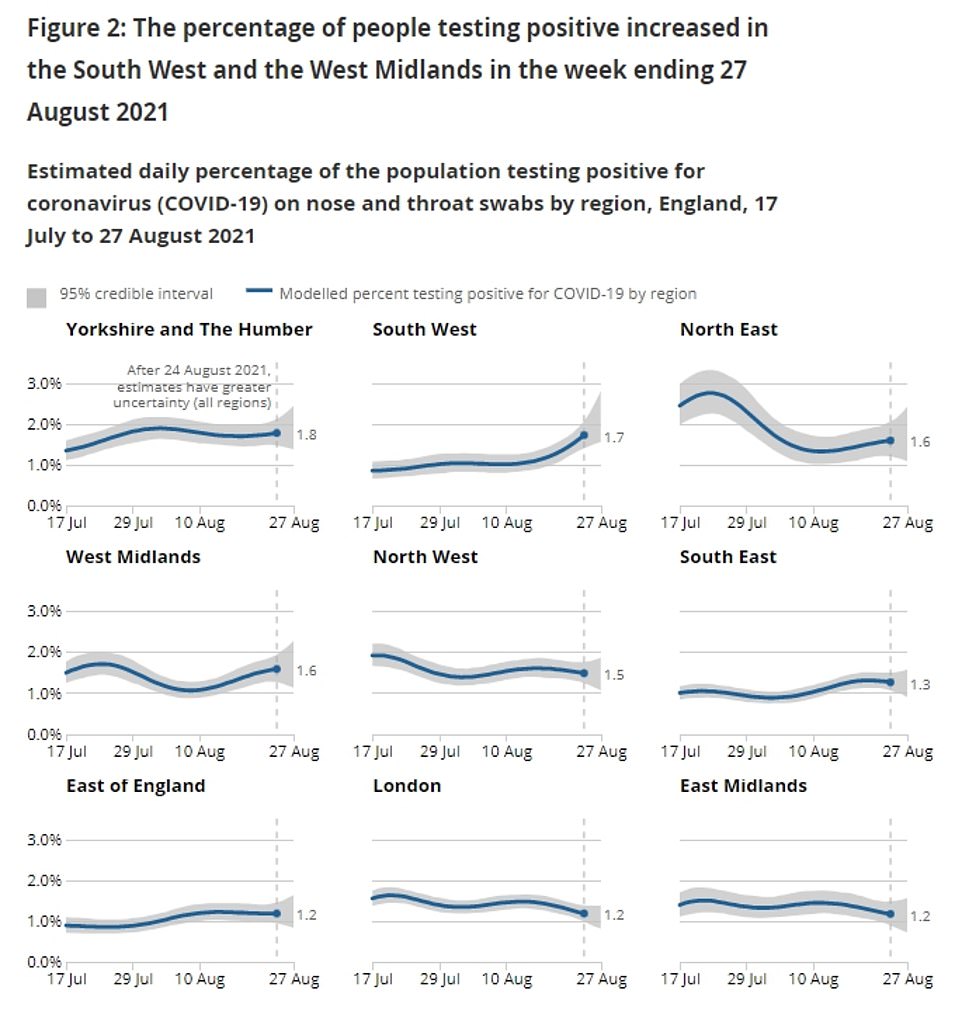 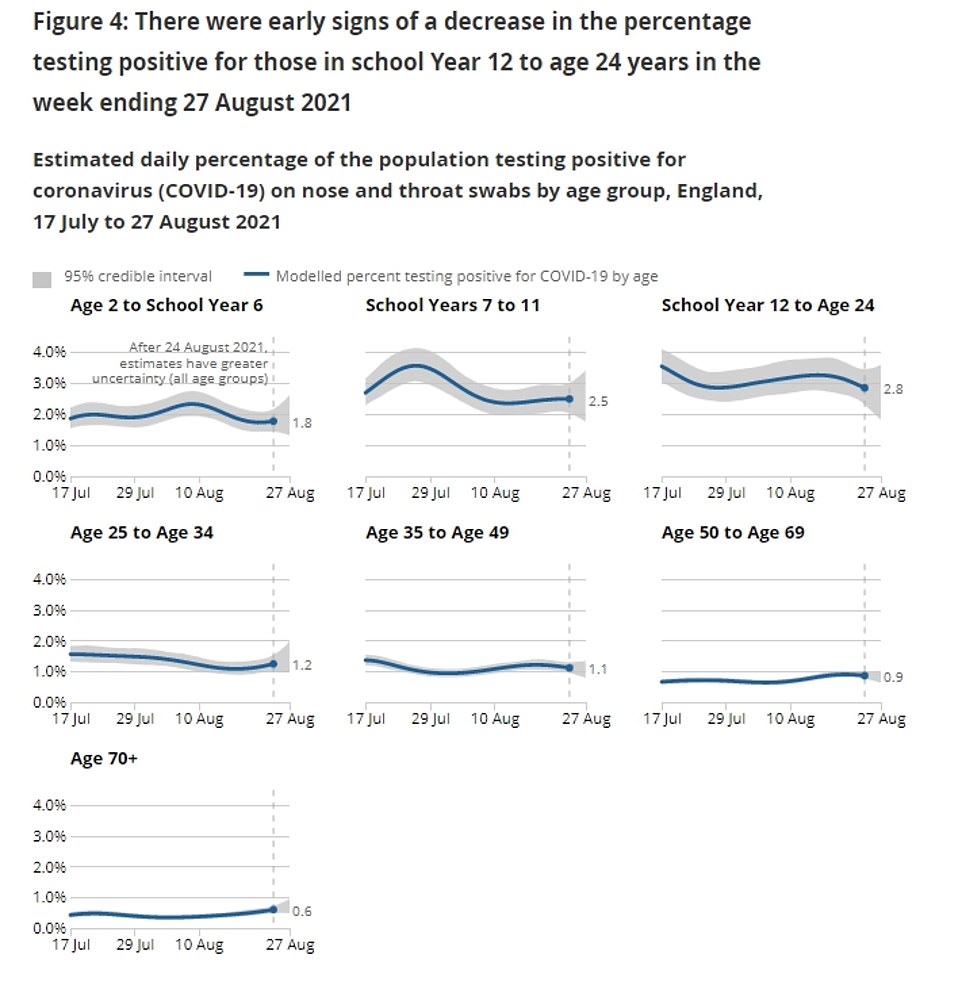 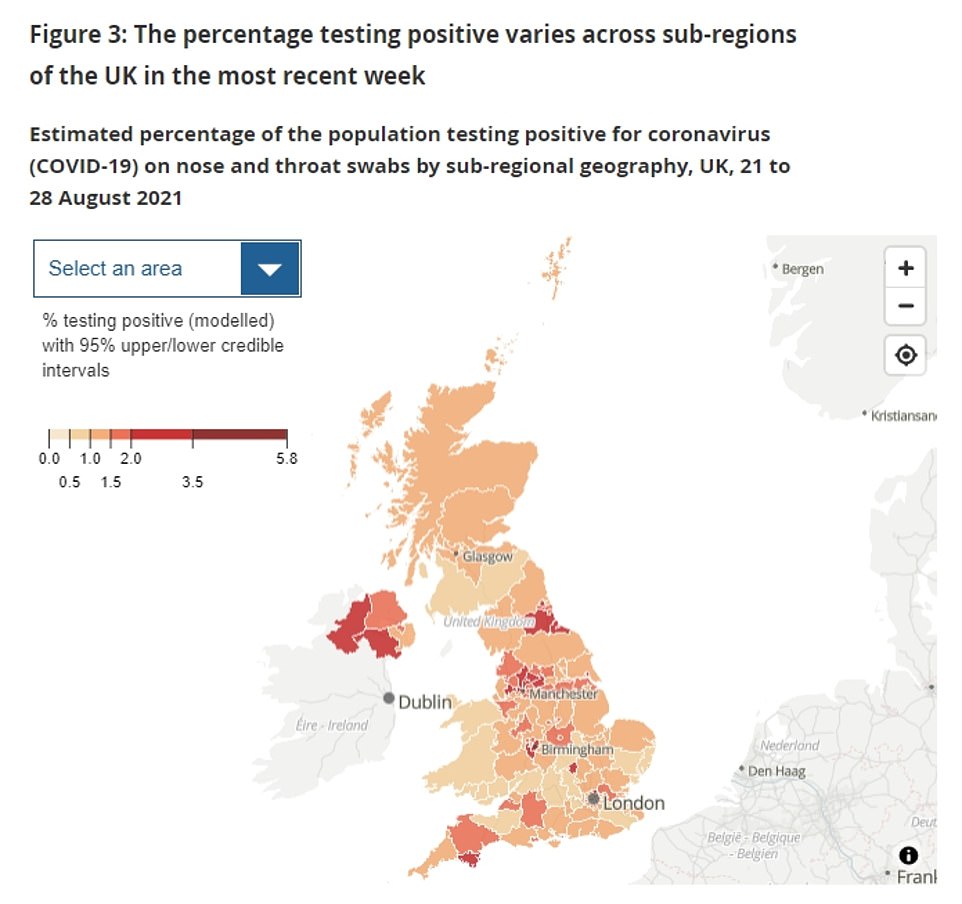 The percentage of people testing positive for Covid-19 is estimated to have increased in the South West of England and the West Midlands, the ONS said.

London and the East Midlands saw a decline, while the trend for all other regions is uncertain.

Yorkshire and the Humber had the highest percentage of people of all regions likely to test positive for coronavirus in the week to August 27: about one in 55.

The East Midlands, East England and London had the lowest estimate: about one in 85.

In Wales, it is estimated that around one in 110 people have had Covid-19 in the week to August 28, up from one in 120 the week before and the highest level since the week to February 6.

In Northern Ireland, the latest estimate is one in 65, up from one in 40 in the previous week.

For Scotland, the ONS estimates that about one in 75 people had Covid-19 in the week to August 28, up from one in 140 the week before and the highest level since estimates for Scotland began in October 2020.

All figures are for persons in private households.

Birds and mammals evolve faster if their home is rising, study says