Gladys Berejiklian snapped at reporters for suggesting she misled the public about the state’s Covid modeling.

The Prime Minister lost her temper as she was grievous about the hospital admissions being used in new projected figures as NSW support for the peak of the Covid outbreak.

During its daily Covid briefing, media questioned the state government’s claims that the disease has a 5.5 percent hospitalization rate.

The figure was key to predicting a peak of about 560 Covid cases in the ICU by early November, according to government modeling released today.

But a closer look at the latest figures shows that the number of hospital admissions in Sydney is closer to 11 to 12 percent. 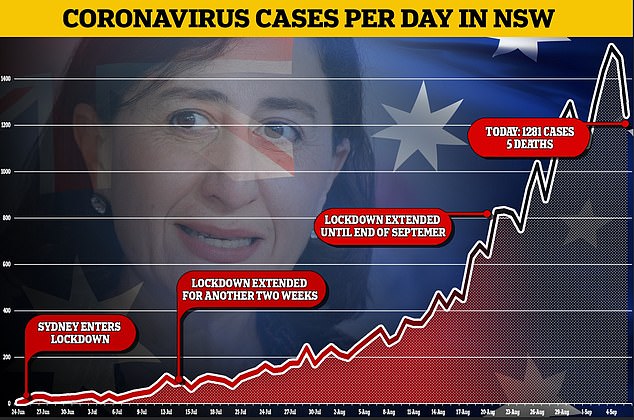 The Prime Minister had previously confirmed five more deaths in NSW, but a big drop in nighttime cases to 1,281

“Not at all, not at all,” she insisted. “We’ve been so transparent every day, every day.”

In the tense showdown, the prime minister seemed momentarily nervous when reporters pressed it, causing her to try to silence the pack.

“Excuse me, wait a minute, may I answer that question for a second,” she said as reporters tried to ask more questions.

She admitted that the 5.5 percent figure was the national figure, including states where Covid has barely had any impact.

But she insisted the state had been “completely transparent” in its handling of record and hospitalization numbers, publishing them daily. 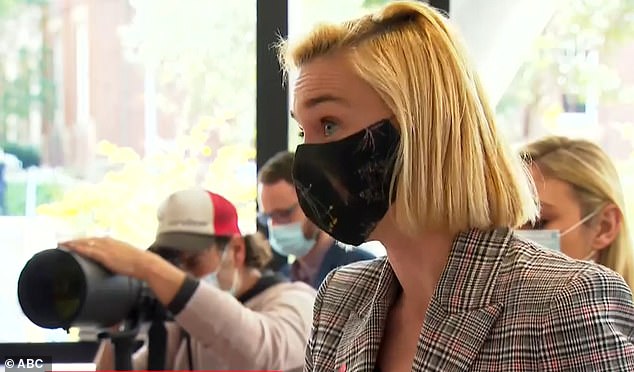 The prime minister lost patience as she was roasted by ABC reporter Ashleigh Raper (pictured) about Covid hospitalization rates used in projected figures as state aid for the peak impact of the latest Covid outbreak. 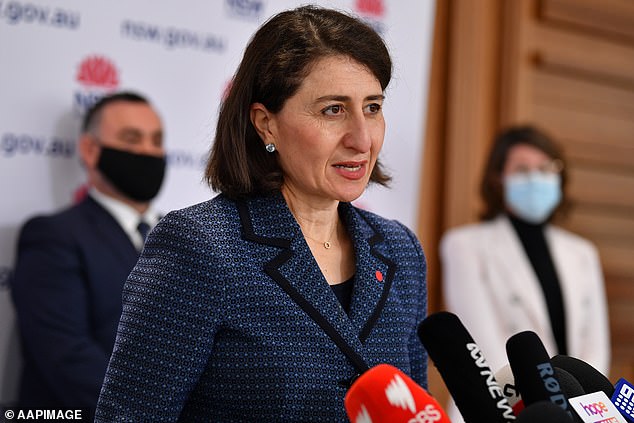 Prime Minister Gladys Berejiklian (pictured) admitted the figure of 5.5 percent was the national figure, including states where Covid has barely had any impact.

‘We are so transparent with our information and this modelling. I doubt any state has been able to provide this level of detail and we will lead the way.”

However, she admitted that the modeling was only a prediction and subject to change.

Reporters told the Prime Minister that she asked the NSW people to ‘come on that journey and trust you, but that fare was wrong?’

Ms Berejiklian – who had previously confirmed five deaths in NSW but a big drop in the number of cases overnight to 1,281 – dismissed the criticism.

“What you see in the models today, I doubt every number is right down to the last detail,” she admitted. 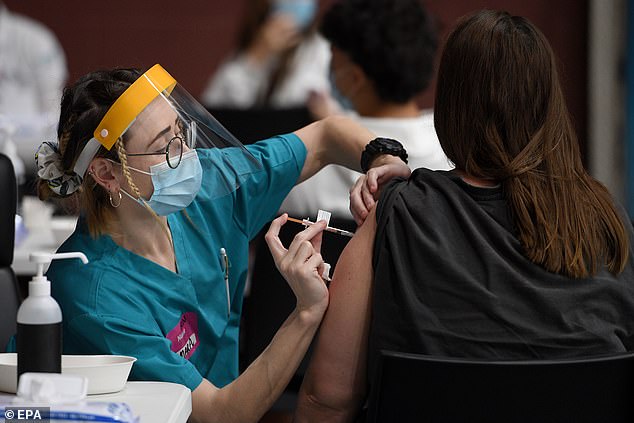 Prime Minister Gladys Berejiklian insisted the state had been “completely transparent” in its handling of case numbers and published them daily. (Pictured, a woman getting vaccinated in Redfern) 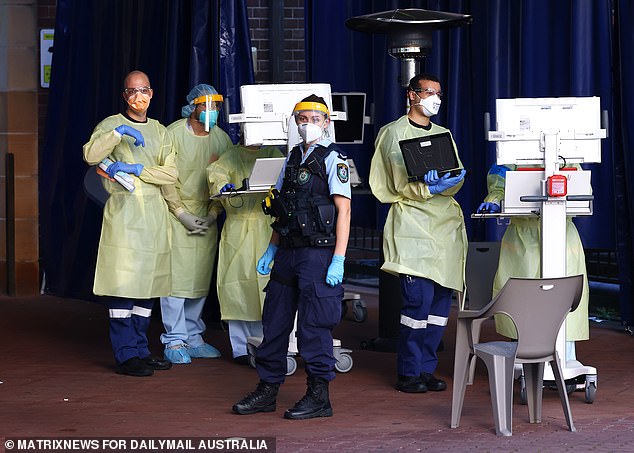 The prime minister insisted that the health care system would be able to meet the increased demand that will arise in the coming weeks. (Pictured, health workers at the Royal Prince Alfred Hospital in Sydney)

“But what the modeling gives is a good direction and a good view of what’s going to happen.

“I think the public would much prefer that we release the most up-to-date models so that people understand and appreciate why we make decisions the way we do.”

The modeling shows a peak in the number of cases in the coming weeks, followed by an increase in hospital admissions and ICU cases in the weeks after.

The prime minister stressed that it was “what is likely to happen in the coming months.”

“We base the modeling on what we assume is the case,” she said. “But the actual facts of the case numbers will continue to vary.”

The modeling showing the increase in the number of cases will put more pressure on hospitals with intensive care units that are expected to feel the pressure in early to mid-October. 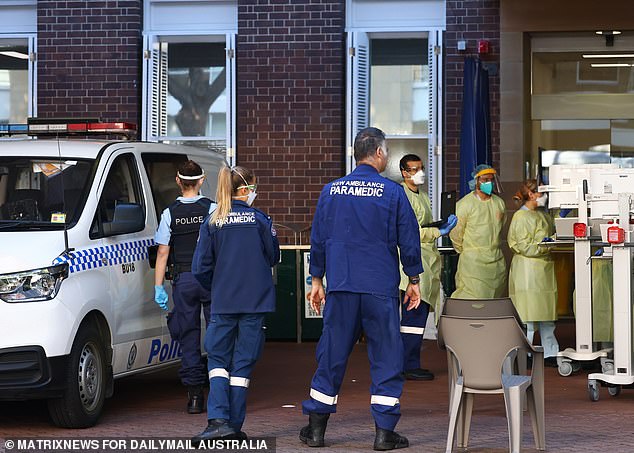 The number of hospital admissions was key to predicting a peak of about 550 Covid cases in the ICU by early November. (Pictured, health workers at the Royal Prince Alfred Hospital in Sydney)

Ms Berejiklian said health workers had been prepared for the sudden rise in the number of cases and that enough extra hospital beds were already available.

“Our peak capacity including staff in our intensive care units is 1,550,” she said.

“We certainly don’t want to have to use all those beds and staff because we know the pressure it will put on the system, but we want everyone to be reassured that the capacity is there.

“I hope it gives all our citizens the confidence that anyone who needs care in the hospital will receive it from our excellent staff.

“They’re going to have a hard time, but they’ve trained for that and are willing to do it.

But will the numbers change from week to week? Absolute.’

Queen ‘spent a night in hospital after cancelling Northern Irish…

Mason Mount promises to rediscover his goal now that Chelsea are…

International travel brought forward as Singapore and Fiji flagged as…