Colombian authorities have dismantled a drug-trafficking gang that smuggled cocaine into the United States on charter and commercial flights, government officials said.

The suspects were identified as Daniel López, a pilot; Freiman Arango, an air traffic controller; and Jhon Novoa, an intermediary between the ring and foreign drug traffickers.

Authorities seized two planes and half a ton of cocaine. 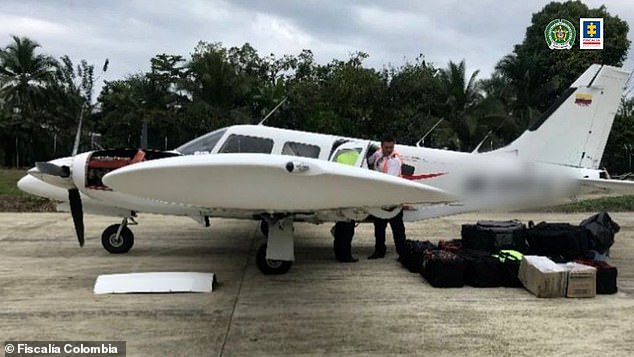 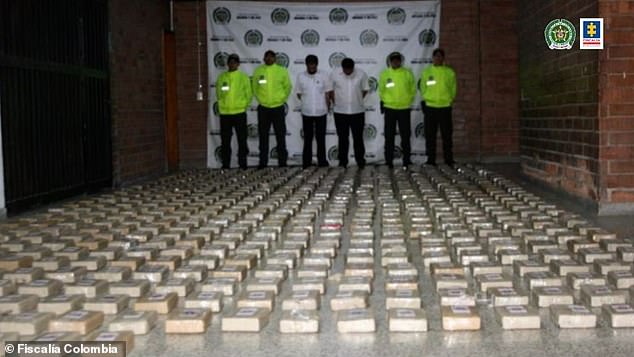 Apart from the seizure of two jets, Colombian authorities have seized half a ton of cocaine

The attorney general’s office said Luis Heredia, who was detained, was the general manager of a company called Aero Colombia, which sold travel packages.

They were all charged with human trafficking and the production or possession of drugs.

Acevedo was the only suspect who accepted the charges.

The criminal group shipped the cocaine in jets flying from clandestine airstrips and Reyes Murillo Airport in Nuquí, a city on the Pacific coast about 230 miles from Bogota. 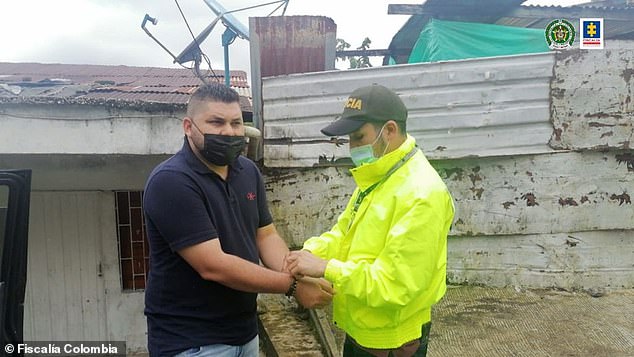 A member of a drug-trafficking gang was among eight people detained, Colombia’s attorney general’s office announced on Thursday. 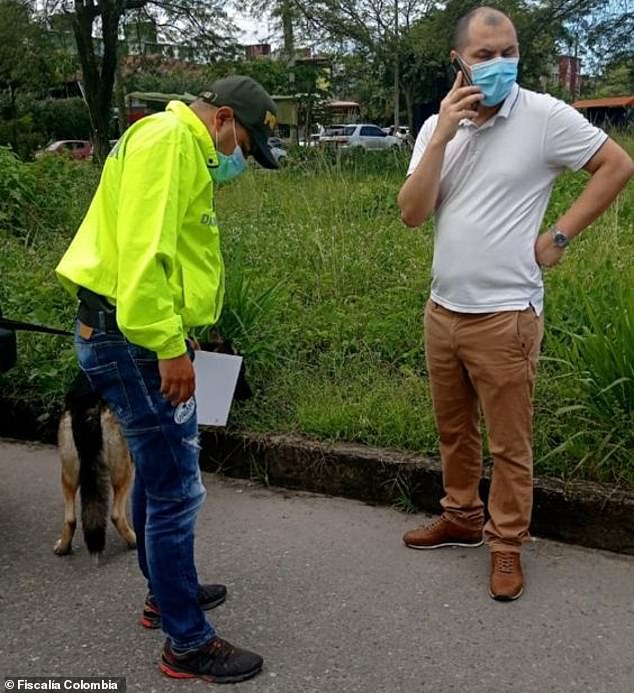 A police officer approaches a member of a Colombian drug trafficking network that was dismantled this week. The group was formally charged Thursday with using commercial and charter flights to send massive amounts of cocaine into the United States and Central America.

The planes were parked at Ernesto Cortissoz Airport in Barranquilla and were specially equipped to keep the drug shipments hidden, officials said.

The planes were then sent to the Pacific coast town of Chocó and the Caribbean coastal town of Sucre, where they were loaded with massive payloads bound for the United States and Central America.