A government chief has suggested that some government offices in Whitehall could close due to a permanent shift towards more working from home.

Permanent Cabinet Secretary Alex Chisholm said more civil servants can now work ‘flexibly’ – both from home and in the office – as a result of changes made during the Covid pandemic.

The Chief Operating Officer for the Civil Service said face-to-face meetings are “not necessary now to the same extent” as before the coronavirus crisis.

He pointed out that Whitehall is “expensive real estate in London” and that there are “certainly great opportunities.”

The mandarins’ comments will annoy many private sector workers who have been ordered to return to their desks as soon as possible to get the country’s economy back on track. 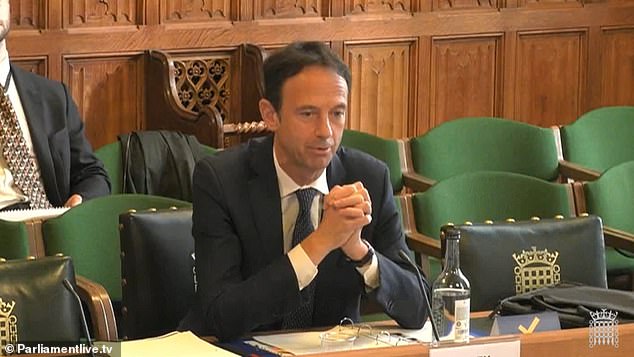 In a speech to the Public Accounts Committee yesterday, Mr Chisholm was asked if officials would be back at their desks on October 27 to review government spending.

He replied that it is “currently unresolved” adding: “What we have found is that at the civil service level we have found that we can move to a greater number of people who are more flexible working, both in some cases working from home and in many cases at offices across the UK – which is a huge positive.

“Again, those of you who have been on this committee for many years will know how often officials have found it difficult and expensive to personally bring everyone to a meeting in London.

‘That is not necessary to the same extent now. As well as that expensive real estate in London. So there are certainly great opportunities there.’

When asked if the majority of Cabinet Office staff were back at their desks, he said it was “quite full” yesterday, but added: “It will vary by district, depending on the nature of the duties of people.’

He said: ‘We’re also still in the face of Covid and health assessments need to be done on every building, but we’ve done ours and we’ve got quite a bit of buzz in the office, I’d say today.’

Sir Tom Scholar, Permanent Secretary to the Treasury Department, said the number of returning staff is ‘on the rise’ and guidance will be reassessed. 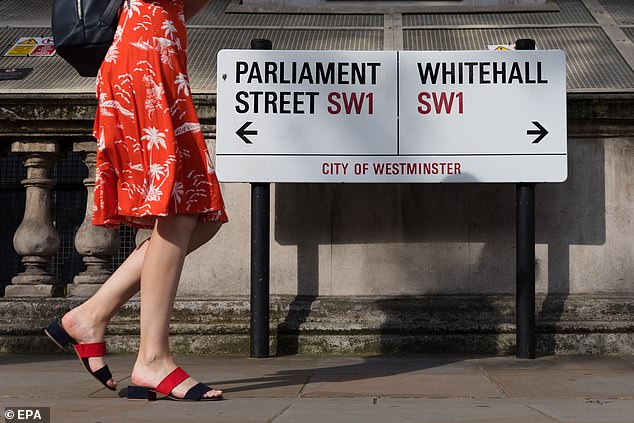 He said: ‘The numbers are in a steadily increasing trend. We will reassess all our guidelines when we get the new government guidelines tomorrow as part of the Prime Minister’s announcement.”

There is growing frustration among ministers that Civil servants have failed to take the lead and get staff back to their desks.

The official ‘work from home’ Whitehall guidelines were removed on July 19 and businesses have been told that the government ‘expects and recommends a gradual return over the summer’.

But insiders say Whitehall had only seen a slight increase in the number of employees behind their desks, while the number in the office was still “quite low.”

Inside the life of Boris Johnson’s mother Charlotte Johnson Wahl