Chelsea’s Ben Chilwell ‘stunned’ whether his stunner against Southampton had crossed the line.

‘I thought it hit the post!’: Ben Chilwell admits he was ‘stunned’ that his stunner against Southampton had crossed the line as the defender insists the lack of minutes this season has not been ‘frustrating’

By Richard Hookham for Mailonline

Ben Chilwell reveals that his low-key celebration following his late strike in Chelsea’s Premier League win over Southampton was due to him being ‘stunned’ that he had actually scored.

The England fullback struck late to round out a combative 3-1 win as Thomas Tuchel’s squad dug deep to fend off Southampton’s stubborn resistance at Stamford Bridge on Saturday.

And Chilwell admits that in the beginning he just kept playing because he wasn’t convinced his attempt had crossed the line in the first place. 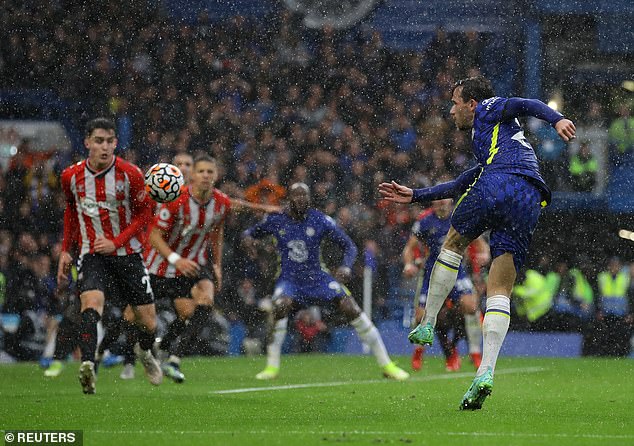 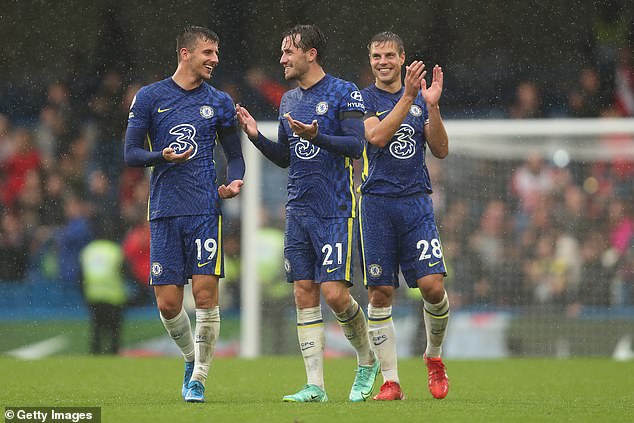 Chilwell, who admits he had to be patient before making his first Premier League start of the season against the Saints, told Chelsea. website: ‘I thought it hit the post, so I just kept playing!

“I heard the referee’s whistle and was a bit stunned to be honest. That’s why my party wasn’t really a party!

“It is definitely at the top of my best goals. It was kind of instinctive, it just came to the back post. The keeper was either on the ground or near the far post, so I thought I had a good chance if I hit the goal.’

The 24-year-old added: “The manager was happy that I got into the positions to score. 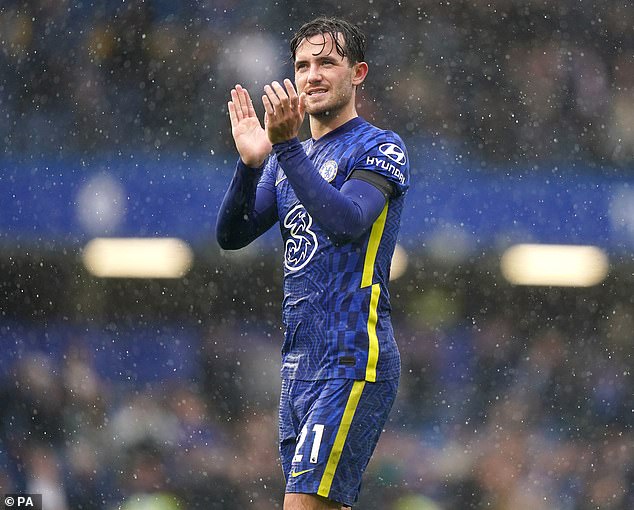 “I had a few chances in the first half, the second could have been better, the first was a good save.”

Chilwell has played just 231 minutes this season, with the defender having to play a minor role alongside Marcos Alonso at left-back, but he says he has remained ready to take every chance.

“I wouldn’t say it was frustrating,” he added. “It’s about being patient, training hard. Marcos played well and I had to respect that. I’ve trained hard to make sure that when I get my chance, I’m ready.” 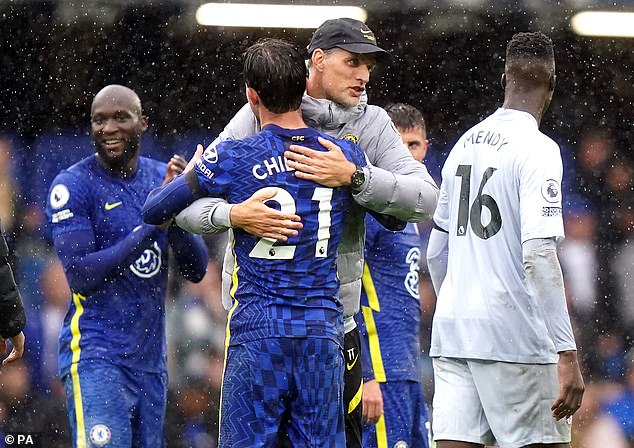 ‘I felt fitter on Saturday. I trained hard and made sure my fitness is 100 percent, so when I got a chance to play it was fine to play 90, making sure I could get the same runs in the 90th minute as I did in the first minute.’

Saturday’s win and Liverpool’s draw against Manchester City on Sunday saw Chelsea reach the international top of the Premier League.

And Chilwell added: “We have still had a good start to the season and the performance showed that we were full of confidence and energy. We were happy with the win and it was a good day.’