A bid for Morrisons in June set the sector ablaze with speculation, while reports last week of potential interest in Sainsbury’s have pushed shares even further.

All in all, supermarkets have now added £8.2bn to their market value since Morrisons revealed it had rejected a bid from buying firm Clayton Dubilier & Rice on June 19. Shares of Morrisons alone are up 62.8 percent, adding £2.7bn. 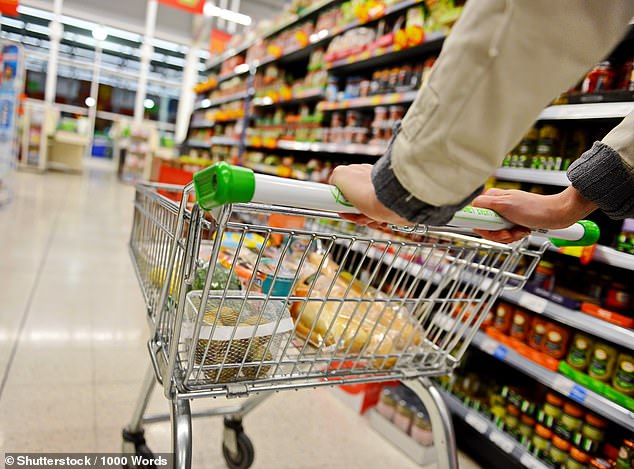 Supermarket Clearance: In total, supermarkets have now added £8.2bn to their market value since Morrisons revealed it had rejected a bid from Clayton Dubilier & Rice on June 19

Marks & Spencer saw its shares rise 20.1 percent, raising its value by £584 million, while Sainsbury’s rose 19.3 percent, adding £1.2 billion. Tesco saw its shares rise by 14.9 percent and its market value by 2.6 billion pounds. And Ocado, which has a joint venture with M&S for online grocery shopping, rose 8.3 percent to gain £1.2 billion in value.

Clive Black, of Shore Capital, said the interest in supermarkets stems from improvements in their outlook. After cutting costs and becoming more competitive, they have also benefited from the pandemic online shopping boom.

Stronger sales and fatter profit margins — as well as asset ownership — are pulling private equity investors “like bees to a honey pot,” he added.

Black said: “These previously unloved, out-of-kilter supermarkets are now seen as a square peg in a square hole.

‘I wouldn’t be surprised if we eventually run out of listed British supermarkets, because even Tesco isn’t too big to be taken over by global private equity.’ 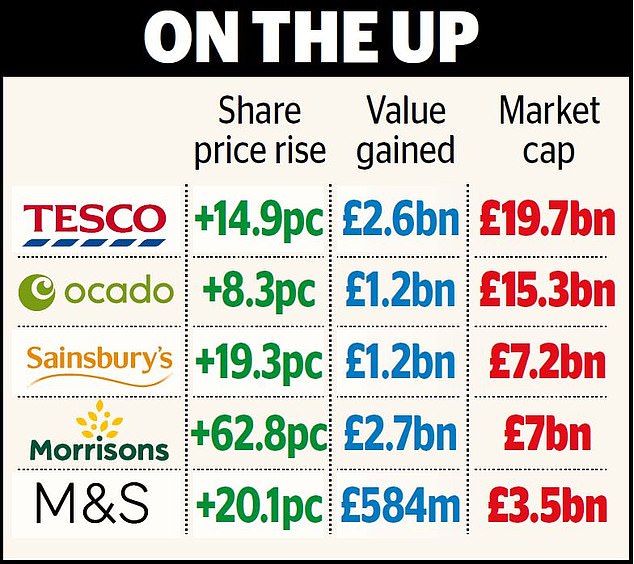 The private equity foray into the food industry began last year when the Issa brothers and TDR Capital raided privately-owned Asda in a £6.8bn deal.

The sharp rise in interest rates has led to fears for jobs, pensions and debt. Kwasi Kwarteng, the Business Secretary, has been urged to investigate the £7bn Morrisons deal due to its impact on supply chains.