A British butter that costs nearly £100 a pop has been voted one of the best foods in the world.

‘Ridiculous No55 Lobster & Crab Butter’, flavored with British Isles lobster, Devon crab, caviar, lemon and fennel, was one of the products to win three stars at this year’s Great Taste Awards.

The premium butter is produced by Sublime Butter, a family business based in Richmond, West London.

Rather than coming in a regular tub, the spread sells for £95 with its own limited edition butter dish, handmade in Italy. 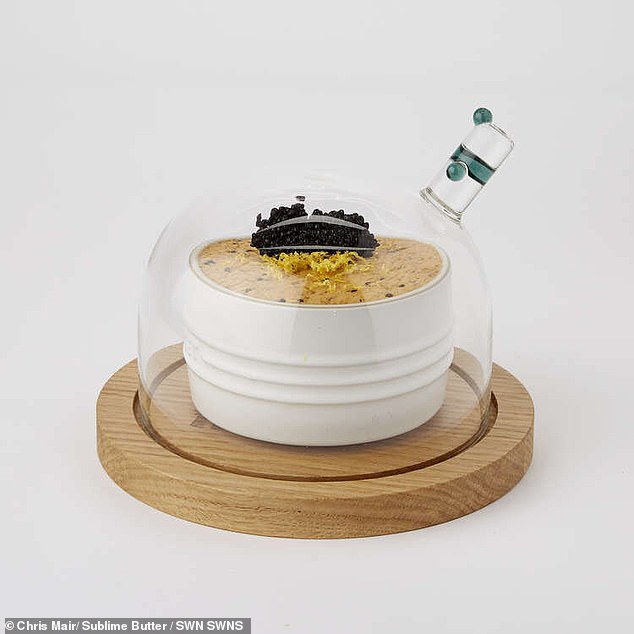 ‘Ridiculous No55 Lobster & Crab Butter’ (pictured), flavored with British Isles lobster, Devon crab, caviar, lemon and fennel, was one of the products to win three stars at this year’s Great Taste awards 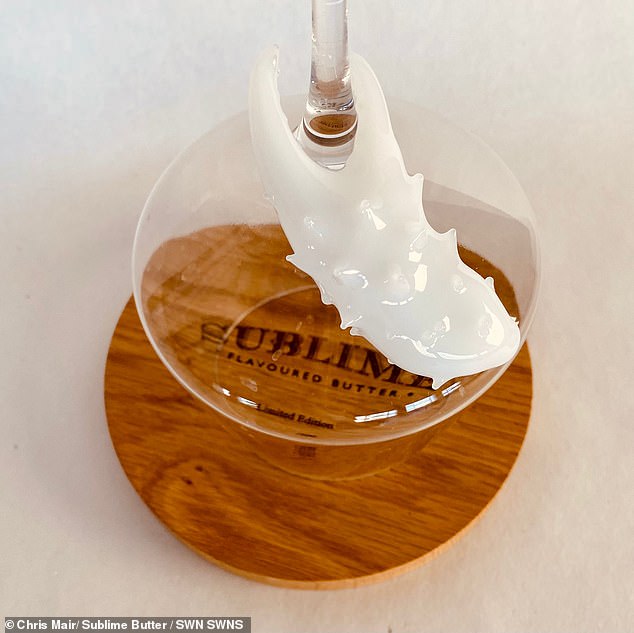 Rather than coming in a regular tub, the spread sells for £95 with its own limited edition butter dish, handmade in Italy (pictured)

The Guild of Fine Foods (GFF), which hosts the awards, said it received 14,113 entries from 108 countries this year.

The event brings together 350 experts, including chefs, retailers and culinary critics, who get to taste each product blindly.

The company founder Chris Mair said, “The Great Taste awards are like the Oscars for food.

“Because we won three stars, we’re taking part in the gold fork awards coming up in a few weeks, so fingers crossed. 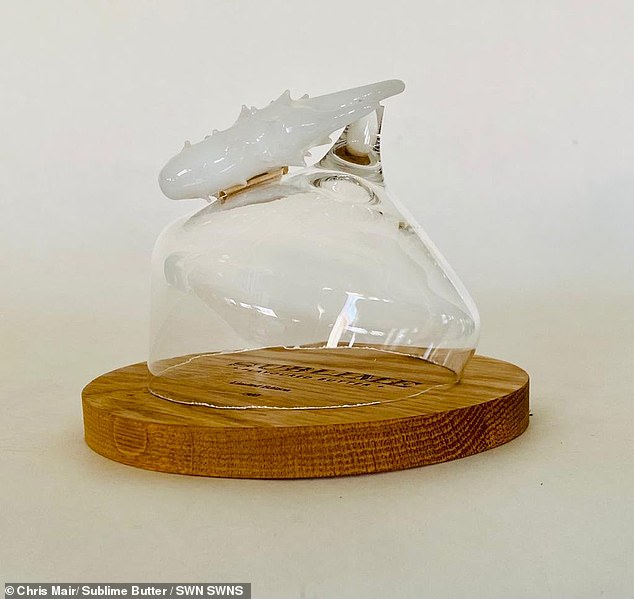 The premium butter is produced by Sublime Butter, a family business based in Richmond, West London. Pictured, the limited-edition platter

“It’s ridiculous in name and in nature, because we’ve spared no expense on the ingredients. It’s like our own Willy Wonka range.’

Ridiculous No55 joins a select group of mouth-watering spreads, including a Chian Tangerine Spread made in Tavros Attica, Greece, and a raw stingless bee honey harvested in Singapore.

A judge said: ‘You can tell a butter is good if you want to sit there and just eat spoonfuls of it without any bread or biscuits.

‘This is such an exciting, innovative product. The butter is whipped perfectly to give a wonderful mouthfeel.

“The fennel comes through with sophistication, just as the citrus and generous chunks of shellfish just add to the overall luxury.”

It took until the end of August for the judges to have a blind taste before casting their vote.

Another judge said: ‘The taste is delicious, the butter melts and fills the mouth with the taste of lobster and crab. The sweetness is offset by a hint of lemon.

‘This butter is a harmony of flavors from the seafood with good quality butter, and the spices are balanced.

‘The fennel can very easily overbalance with its distinctive taste, but it is carefully controlled. In general, the butter is simply irresistible.’

The award is expected to boost sales from the small business, which supplies high-quality butters through farm shops and more than 50 butchers in the capital and beyond.

“I had owned a steak club for the past 12 years and I noticed that despite all the great steak restaurants and the great meat, there hasn’t been a lot of flavor development.

“The popular sauces like peppercorns drown out the flavor, so I wanted to create something different.

“I hired a chef and we created some flavors and then we made flavored butter and had a eureka moment. We couldn’t believe no one had done it before.’

The company hopes their success will have a halo effect across all of the company’s products.

Some of these are more wallet-friendly, such as the 90g pack of Sublime Truffle & Parmesan Butter which costs £4.25.

Each Great Taste award-winning product can bear a distinctive black and gold logo, a stamp of excellence recognized by retailers and consumers alike.